Joe BIDEN have been elected as the 46th president of America : “I am honored and humbled by the trust of the American people have place in me and in Vice President-elect HARRIS. In the face of unprecedented obstacles, a record number of American voted. Proving once again, that Democracy beet deep in the heart of America. With the campaign over, it’s time to put the anger and the harsh rhetoric” said Joe BIDEN, the President-elect. “This election is much more than Joe BIDEN or me. It’s about the soul of America and our willingness to fight for it. We have a lot of work ahead of us. Let’s get started” wrote Kamala HARRIS, the Vice President-elect. “The voters have spoken, and they have chosen Joe BIDEN and Kamala HARRIS. It’s a history-making ticket, a repudiation of TRUMP, and a new direction for America” said Hillary CLINTON.

Donald TRUMP was playing golf. Now game is over for Donald TRUMP, the Big Lyer, can take long holidays. Will Donald TRUMP accept his defeat and live, graciously, the office or hang on the power ?

The sitting president, Donald TRUMP, is making a lot of noise, but yet no evidence about the alleged fraud. The strategy of Donald TRUMP, denigrating the American Democracy, is just stunning and a shame. If he wins a state it is legitimate, but if he loses, it is fraudulent, the victory is stolen from him. He does not trust mail-in-ballots. Maybe he will ask for recount or going to court. As a self-centered, or egotistical man, Donald TRUMP, with conspiracy theories, never have regards for the rule of law or Democracy. No evidence ! He always put himself first, not America. “No one is going to take our Democracy away from us. Not now, for ever” said Joe BIDEN, the very soon president elect.

The defeat of Donald TRUMP is a very good news, and we expect that in Brazil, in England and in France, all these populists presidents will be removed, very soon, from they office, because they have divided heavily they society.

Joe BIDEN run twice for the office, and this time he is the winner. Joe BIDEN comes at the right moment. The world and America need Joe BIDEN, as well-experienced man, for his leadership, empathy, and to make all unite.

Kamala HARRIS, a Black woman on the ticket with Joe BIDEN, will make History, to defeat “the Racial Mountain” ; it is a huge glass ceiling ; that will happen, very soon. Donald TRUMP, demonizing Black People, is a supremacist and a sexist. He needs very long holidays. For Kamala HARRIS it is a unique position. She will serving for a president at certain age. Remember Nancy PELOSI, is the already the Speaker of the House.

So Kamala HARRIS is a potential president for the second term, 2024. If Joe BIDEN is the president elect, what I wish, it is a great hope, but is does not means that all the things will change magically. They need to listen to the people.

“This election give us a mandate for action” said Joe BIDEN. The neglected people and the Black People must continue to fight against racism, police brutality and Injustice. Under the two terms of OBAMA the violence did not vanished, and the reaction was a repugnant president coming at the office, Donald TRUMP. We must continue to have our eyes opened, constantly.

We all, and at any time, must always and whatever is the color of a government must fight for our rights.

Our hope is also, if Joe BIDEN, President-elect will remember Africa, of fight, strongly, these autocratic governments making suffering hundred millions of people, only for they own interests. 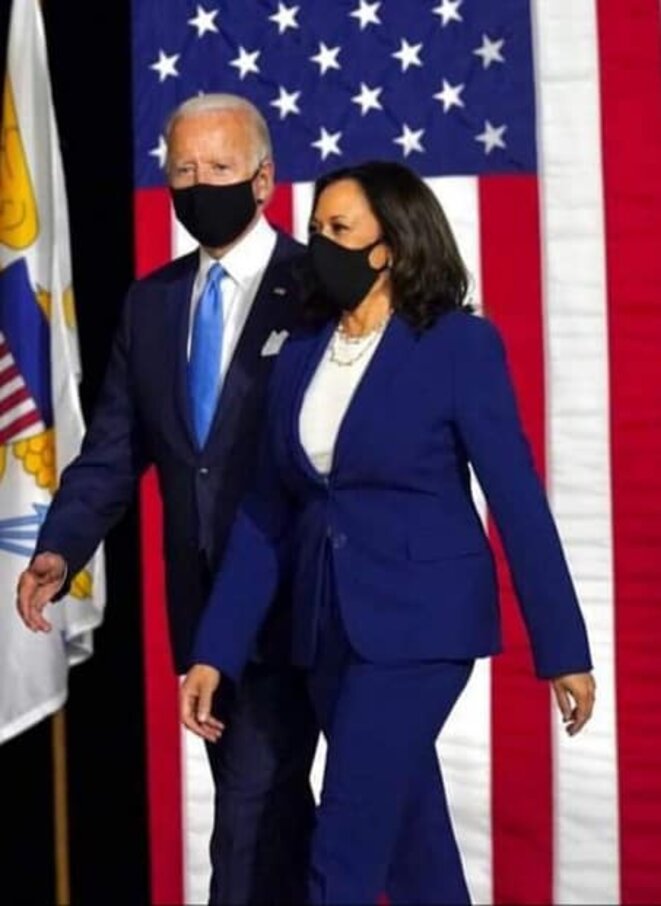 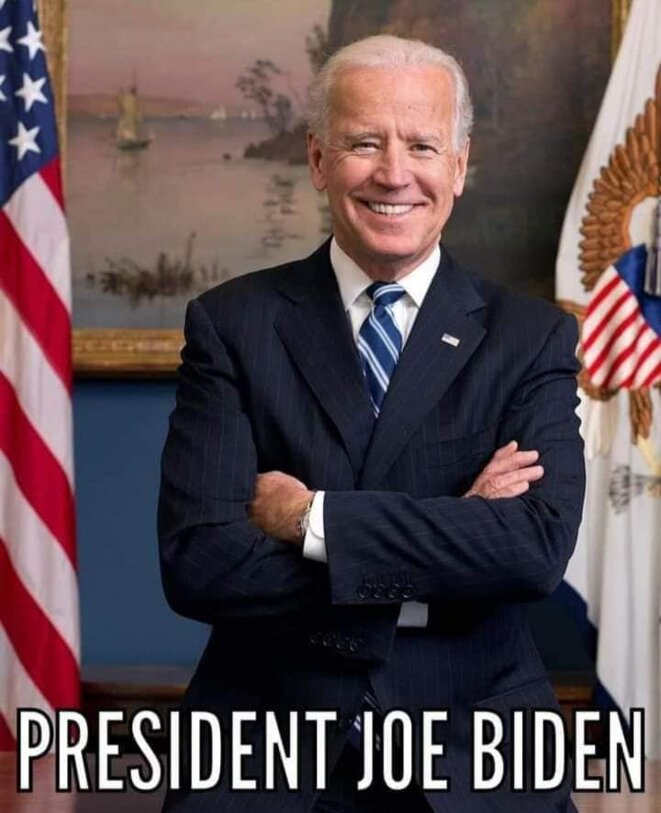 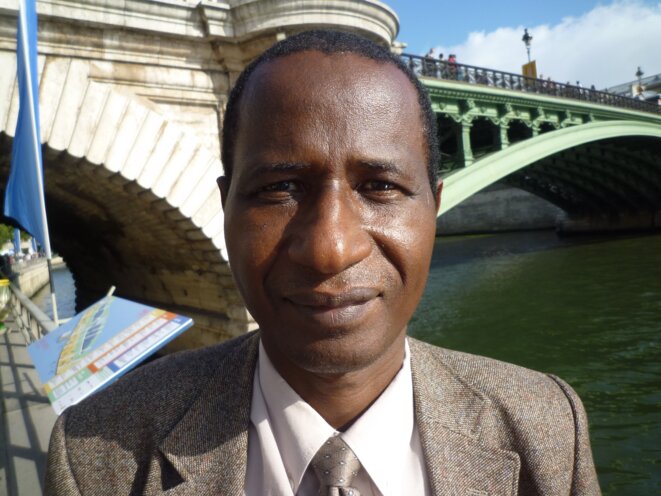