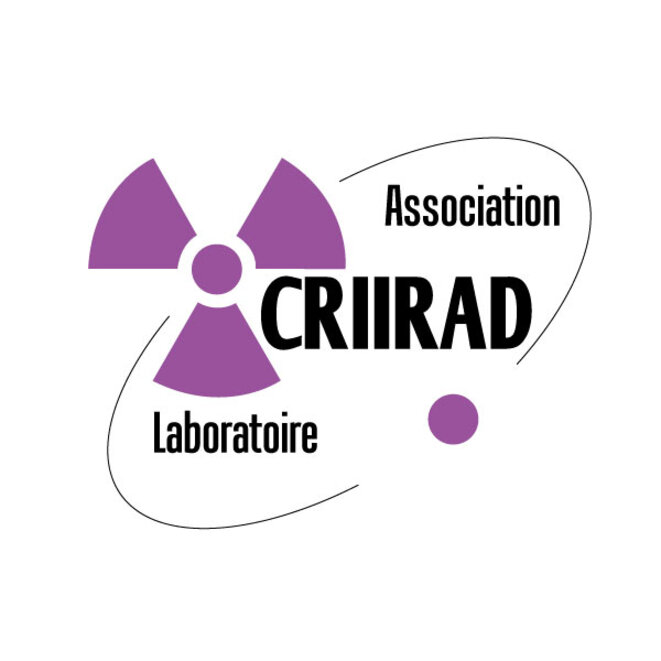 (April 23rd). On the eve of the commemoration of the 34th year after the Chernobyl disaster, and almost 3 weeks after the beginning of the fires in Ukraine, in territories heavily contaminated by the fallout that occurred in 1986, the CRIIRAD wishes to answer the main questions it has received. This document supplements or summarizes points raised in previous press releases

The level of air contamination in France, by plumes from the fires that have taken place from April 4 to date in Ukraine is not a cause for concern[1].

The CRIIRAD has indicated this in its various press releases. This assessment results firstly from plume trajectory and dispersion modelling carried out with the Hysplit software, from the use of measurements published by various services in Ukraine and from feedback from previous fires in the Chernobyl exclusion zone. The first CRIIRAD estimates are consistent with the modelling published by the French institute IRSN on April 15 (even if CRIIRAD is wondering about the uncertainty margins of these models).

On the basis of measurements taken on the filters of its air samplers located in the Rhone Valley (France), the CRIIRAD laboratory was able to confirm in a press release of April 14, that the average activity of caesium-137 in the air remained very low, less than 6 µBq/m3 (microBecquerels per cubic meter). This was explained in a video on April 16.

The CRIIRAD checked daily the results given by the authorities in Switzerland[2] which confirmed a very low caesium-137 contamination. In the period from April 6 to 15, for example, these results are in the range of 0.4 to 1.8 µBq/m3. As these values remain within the fluctuations observed in recent years, it is difficult to quantify the specific contribution of the recent fires.

It should be remembered that at the time of the 1986 fallout in France, these were caesium-137 concentrations around 1 million times higher, accompanied by a whole cocktail of other radioactive substances.

It is regrettable that there is no centralized system in Europe allowing citizens to have quick access to measurements of concentration of radioactive elements in the ambient air (the EURDEP site is even in decline).

It is surprising that IRSN has still not published[3] measurement results from the air samplers of its OPERA monitoring network.

Has radioactivity increased in Kiev because of the fires?

Citizens were disturbed by the speech made by the Ukrainian authorities and by the IRSN (for example in its press release of April 15, 2020) on the "non increase of radioactivity in Kiev".

Indeed, a contrario, the concentration of caesium-137 (a radioactive substance) in the air in Kiev has increased significantly, as indicated by the CRIIRAD in its former press releases.

On some days, it has even increased punctually by more than 700 times[4] above the "usual" level.

However, the amount of radiation emitted by these caesium-137 atoms was not sufficient to cause a measurable increase in the level of ambient gamma radiation. Indeed, there is already a significant level of gamma radiation due to the presence of natural (and artificial) radioactive elements in the soil. In order for a radioactive cloud to increase this ambient radioactivity, there must be a strong contamination of the air. Some of these concepts are discussed in our film "Invisible Fallout"[5].

Was the radioactivity in the air in Kiev dangerous?

Very worried residents of Kiev asked the CRIIRAD about the health risks of inhaling smoke from the burned areas. If we trust the figures of the Ukrainian official services on the concentration of caesium-137 in the air and calculate the doses for the inhabitants who inhale this air, we are left with dosimetric impacts that are not worrying, even if we take very major[6] assumptions.

But we do not have all the elements to make a complete assessment, in particular the concentrations of plutonium isotopes, americium-241 and strontium-90 in the air. There is also the question of the impact of chemical substances and the effects on the body of inhaling microparticles or even nanoparticles. It should also be remembered that the inhabitants of Kiev are regularly exposed to smoke from fires, so cumulative exposures must be taken into account.

Risks in areas close to fires

Doses for firefighters, military personnel and others who work directly in the exclusion zone and also to people living in nearby areas are a real concern. Calculations made by the CRIIRAD show that the doses for firefighters are certainly not negligible and could exceed the health limits for the public, in particular due to external irradiation.

With regard to inhalation doses, there is a lack of data on strontium-90 as well as plutonium isotopes and americium-241, which are highly radiotoxic and have been documented at significant levels in previous fires (especially in 2015). The CRIIRAD raised the issue of plutonium levels in its press release[7] of April 8, 2020. Since then, some fires have developed in areas even closer to the damaged reactor and even more contaminated by plutonium. Surprisingly, in its press releases of April 15 and 17, IRSN did not raise this issue. Unless we are mistaken, the official Ukrainian websites have not given any information on the levels of plutonium put back into suspension by the fires.

The safety of nuclear installations

The fires approached less than one kilometer from the damaged Chernobyl nuclear reactor N°4. The CRIIRAD expressed its concern about the potential safety risks to nuclear facilities and waste storage facilities, which are particularly numerous in this part of the exclusion zone. All the more, so as many waste repositories and installations are far from meeting the safety criteria in force today. There is also the question of the risks to spent fuel in the event that, for example, fires could destroy the electrical power supplies for the cooling systems of the ISF-1 central pool[8], which contains most, if not all, of the 21,000 or so spent fuel assemblies from Reactors 1 to 3. All these issues would merit independent, in-depth expert assessments, not just on files, but involving in situ missions.

[1]The same is true for the resulting levels of fallout (rainwater, soil, food exposed to air).

[3]Between the time this press release was written in French (April 23 at 6 p.m.) and the time it was translated into English (April 25 at 4 p.m.), IRSN published a number of measurement results for caesium-137 in the air in France. The highest average value concerns the Bouc-Bel-Air site, in south-eastern France (1.16 µBq/m3 from April 4 to 10, 2020). The IRSN estimated, for this station, that, "the average level of 137Cs added temporarily by the fires in Ukraine during the presence of the air mass was at most 2 μBq/m3".

[4]For example, it went from caesium-137 values below 0.01 mBq/m3 to 5-7 mBq/m3 on April 8, see https://www.sstc.ua/news/operativne-povidomlennya-pro-rezultati-vimiryuvannya-koncentraciyi-ceziyu-u-povitri-vm-kiyevi

[5]https://www.youtube.com/watch?v=UaH5heMIC_k&list=PL3IbOGKW-BxbaokXV_OmxjTG0AClwsSf9&index=3&t=0s  “Invisible fallout” is a 45 minutes educational film about radioactive fallout after a nuclear accident. It is based mainly on a CRIIRAD mission to Fukushima in 2011 (English subtitles)

[6]For an adult, for example, inhaling air containing 1 mBq/m3 of caesium-137 (i.e. 1000 µBq/m3 which is higher than the highest daily value measured, i.e. 700 µBq/m3), with a respiratory flow rate increased to 2 m3/h, for, for example 3 weeks, amounts to inhaling 1 Becquerel of caesium-137. By applying the most penalizing ICRP dose factor, this gives a committed effective dose of less than 0.1 microSieverts, which is very low compared to the maximum permissible annual dose for the public, which is 1,000 microSieverts per year.