This week’s peace accord with Eritrea (a conflict terminated over...18 years ago) would have been the perfect alibi for Ethiopian Prime Minister (PM), Abiy Ahmed, to cover up the ongoing ethnic cleansing and crimes against humanity perpetrated by his Oromo people, whom are a majority in Ethiopia, against the Somali minority.

On July 11, 2018, while the world was praising the PM’s peacekeeping façade and hasty diplomacy - that day the latter was turning a blind eye to the massacre of more than 80 Somalis in Moyale and its surroundings, in the zone of Liban on the Ethiopian-Kenyan border. These killings were committed by militiamen of the Oromo Liberation Front (OLF)... he had just legalized.

Even today, the Ethiopian PM remains silent to the world about that Bloody Wednesday: no condemnation, no meeting with the Somali representatives, no travelling to the area, no significant deployment of armed forces to protect these populations, let alone opening of investigations.

Images of the massacres show mutilated bodies crammed into mass graves, people burned alive in their homes or beaten to death outside of them. Others driven off their lands, their belongings and livestock pillaged, and 30,000 displaced from their homes to Kenya and Somalia since mid-June.

These attacks have not been isolated. In the last months, they have increased with the arrival of Abiy Ahmed to power. Observers speak of more than 300 Somalis killed between June and July by Oromo militias, supported by regional security forces called Liyu Police, particularly in the areas of Liban and Sitti Zones. The president of the Oromo region, Lemma Megersa, a bigwig of the same party as the PM, has been singled out for having armed these troops and for being one of the instigators.

The Oromo majority - just liberated from centuries of oppression by the Amhara, then the Tigray - have newfound strength in "their" new PM and have unitarily turned against the Somali minority, with whom they had up until now maintained good relations since both communities had been equally persecuted by the old regime. 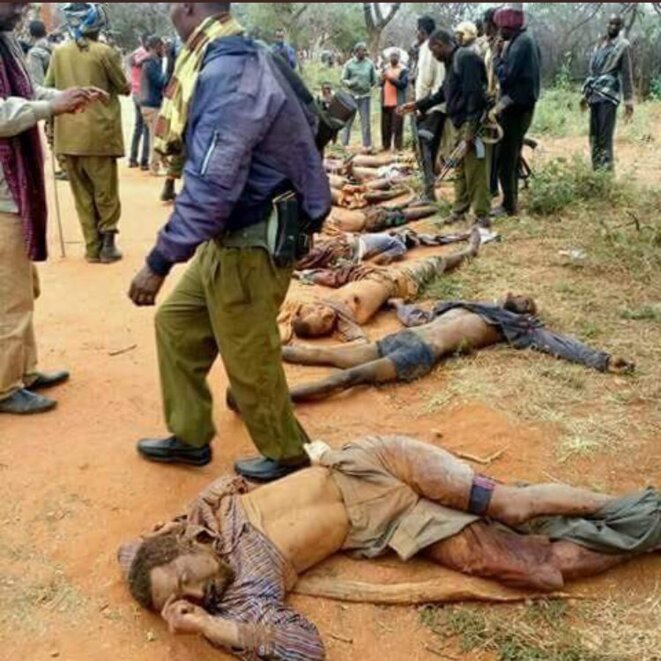 How do we then explain that the formerly oppressed people have spontaneously become the oppressor? Why such a change of alliance?

It is difficult to interpret this other than it being Ethiopia’s will to continue a sort of gentlemen's agreement by the successive governments on the Somali issue since 1954, when the occupation of Ogaden (the present Somali Region) was completed after it was offered by Great Britain.

For 70 years now, Ethiopia has been trying to "break the backbone" of the region and the National Ogaden Liberation Front (ONLF), by starving it, producing more wars and repression, assassinations, human rights violations and crimes of all kinds. All without the world moving a finger.

The new Ethiopian PM, who initiated rapid reforms elsewhere in the country, and purges that are often favorable to his community, did not break the rule by perpetuating the tradition of the worst to administrate the province. As a silent witness to these crimes he is not only an accomplice to these but also to the series of measures taken against the Somalis - already denounced - during his first 100 days in office:

- Retaining the bloodthirsty president of the Somali Region, Abdi Mohamud Omar (Abdi Iley), despite the waves of protests demanding his departure and the fact that he is a war criminal according to many organizations. He has always been the right hand man of Addis Ababa and is the administrator of the sadly notorious Jail Ogaden, a place of torture and silent extermination of the Somalis. This prison has just been shut down following the latest Human Rights Watch report (below); very damning for the Ethiopian regime. This is the only concession to the region for the time being from Abiy, but that may lack scope if not followed by justice. It should also be noted that the very choice to keep a torturer at the head of the Somali entity is not of trivial nature, but indeed a "special treatment" since elsewhere the PM removed many high officials and officers accused of wrongdoings by their citizens.

- His refusal to consult and listen to the grievances of Somali representatives and elders, most of them opposed to Abdi Iley, who had welcomed his accession to power. With this gesture, the PM has just indicated to them that the wind of change will not blow in the Somali Region. It's up to them now to review their plans.

- Last but not least, his dangerous decision to unilaterally revive, on June 28, the exploitation of oil and gas in the region by the Chinese company Poly-GCL ... without referring or seeking agreement with the stakeholders and owners of those natural resources, namely the Somalis. In the past, all attempts by Ethiopian central governments to exploit these riches have failed. Abiy cannot ignore that this is THE Gordian knot of the conflict in Ogaden... and the source of the oppression and marginalization of this people. The ONLF has warned in a recent statement that they “will not allow the exploitation of Ogaden's natural resources without a comprehensive just political settlement of the Ogaden conflict”.

In the Somali Region, as in other parts of the world, stabilization must first be political. Without the will to negotiate with all the peoples that make up the Ethiopian mosaic - including the Somalis - Abiy's real façade could soon be unveiled.

Are not internal peace and justice worth the unconditional rehabilitation of one of the fiercest dictators in the continent, the Eritrean Afeworki? To the great displeasure of the human rights supporters of both countries.

We now call on the Ethiopian authorities to put an immediate end to the massacres against the Somali minority.

We also call on them to halt their rampant expansionism, which pushes the Oromos to exert unparalleled demographic pressure on all the Somali territories of Ethiopia, Somalia and Djibouti. These destabilizing actions will undoubtedly create more conflicts in the Horn of Africa.

We call on the international community to (finally) pay attention to these war crimes, which bear all the signs of an oncoming genocide.

TOGETHER LET'S PUT AN END TO THE CONSPIRACY OF SILENCE ON THE FATE OF THE SOMALIS OF ETHIOPIA.

“We are Like the Dead” Torture and other Human Rights Abuses in Jail Ogaden, Somali Regional State, Ethiopia - HRW, July 4, 2018