Will the elected President Maurice Kamto be sentenced to death by dictator Paul Biya?

The leadership staff of the cameroonian opposition is under arrestation in Yaounde. Will the dictator of Cameroon, Paul Biya sentence the elected President Maurice Kamto to death? I analyze here a "coup de bluff" of the dictator against the cameroonian resisting citizens who seek a true rule of the Law and a true democracy in the country.

Will Professor Maurice Kamto be sentenced to death by dictator Paul Biya of Cameroon?

A very serious tragedy is going on in Africa today. Being a political opponent is clearly dangerous for your life. There is in fact no rule of the Law in many African countries. The political system of many so-called democracies is at the entire disposal, most often, of the unique executive power of the state. The counter-powers are too weak, due to many factors:  colonial origin of the states who remain dominant in their structure and way of governance, non-republican armies, lack of public space for free debates, default of political culture for many citizens who have to deal with poverty in their great majority, tribalism, corruption of the state and the civil society, cynical exploitation of these fallen states by the powerful multinational enterprises, and so on.

In Cameroon, we exactly have a sad illustration of this terrible phenomenon: the leader of the opposition, Maurice Kamto, has demonstrated that he won[1] the last presidential election[2] of October 7th, 2018. But the ruling President, who dictates his will to the country for 38 years, used the power of the army to remain on oath. The country is now, one more time, in a inextricable political crisis. After many public manifestations through the streets of the Cameroonian towns and campaign, the popular mobilization was becoming strong when the dictatorship decided to break the neck of the contestation by arresting the leadership of the opposition. The probably elected President, Professor Maurice Kamto, many of his advisors and two hundreds other people have been jailed[3] the 28th of January 2019.

But this is not all the story. The dictator Biya decided to go forward in his audacious will to maintain an absolute control over the country. His corrupted justice intends to sentence the leadership of the opposition to death for “rebellion, insurrection, and hostility to the fatherland”[4]. The questions, therefore, are: who is really the rebel? The elected President Kamto or the remaining dictator Paul Biya who has never been fairly elected at the head of the Cameroonian state?  Who is insurging himself against the Cameroonian people sovereignty? He who asks for the respect of his victory in the polls or the barbarian regime who refuses to recognize the defeat democratically? Who is hostile to the fatherland? Is it the freedom fighters of the opposition or the dominant and cynical regime of Mr Biya who leads the country through corruption, violence, lies, and incompetence for many decades now?

In fact, the dictatorship may be sentencing the elected President Kamto to death, just in order to deviate the attention of the opinion from the prey to the shadow. It is a cynical game. All Cameroonians regions are in a very strong ebullition against Mr Biya’s too long domination. The Anglophone emancipation movement has open the path of all Cameroonians to true freedom and democracy. So Mr Biya needs to fix the Cameroonian opinion on a short term and sterile goal: saving the lives of Professor Kamto and his advisors. So that, the Cameroonian people will feel himself very satisfied if they save these lives. But what will happen next? The dictator expects the people to go back to their homes and to stop their manifestations if they obtain the survival of the leaders of the struggle. But before going to jail, Professor Kamto[5], the elected president, told to everyone: “ I am not going to jail for myself, but for your own freedom. Whatever happens to me, continue the struggle for our liberties, our dignity and our sovereignty!”

Clearly, the Cameroonian people are not free at all. And this is exactly the situation in many others African countries today. The most important, for all these countries is the structural change of mentalities which leads everywhere to a qualitative improvement of any political system. This change could happen if and only if leaders like Professor Maurice Kamto are deeply supported by their compatriots and by all the international positive powers for the full democratization and political progress of the whole world. Without this common consciousness, hope is suspended and sufferings will be going on. The release of Professor Kamto and his companions depends on the continuation of the Cameroonian people’s struggle against Mr Biya’s dictatorship. If the resistance decreases, the domination increases. And like the French philosopher Alain said: “A despised people who does not react, is a contemptible people”. 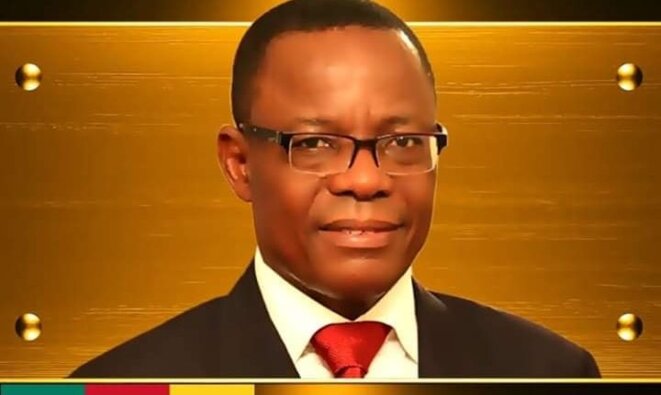