Racism is not about ignorance

How counter-reading Plato can help us to better understand the « Black lives matter » movement and its political implications? I will argue in this article that « moral antiracism » take root in Plato’s fundamental axiom that “nobody does wrong knowingly”. This inheritance restrains anti-racism from acknowledging that racism is inextricably entwined with Modernity.

By only focusing on “states of mind” and “intentions”, moral antiracism boils down racial violence to “epiphenomenona” and individual stories with quasi-inexistent political consequences.

This position conceives of racism as being basically a lack of knowledge produced by a set of interpersonal prejudices. If people are racist, it is because they ignore the reality and the Idea of Justice. They are « ill-will », malevolent. It is why it can be called « moral ». It is deeply connected with the examination of one’s soul and their intentions. In this approach, the State bears no responsibility for racism, and can even play a useful role in its erasure – mainly by teaching tolerance and adopting anti-discrimination statutes. Racism only appears as a crisis, the fact of a violent and malevolent minority moved by prejudices and bigotry. This “epiphenomenon” disturbs our idealistic society (the French Republic), which remains absolutely unquestioned and unproblematized.

It is really interesting to compare this position with Plato’s criminology that asserts that “nobody does wrong knowingly”. According to the founder of the Academy, a morally good action presupposes the knowledge of the Idea of Justice[1]. Racists are just bad thinkers, ignorant people with erroneous representations embedded in their conscience. Therefore, to fight racism, light needs to be shed on their contradiction, whence the necessity of teaching tolerance and respect.

But this conception leads to deny the profound history of racism and the fact that it has deep roots in our Western society. This leads to its decontextualisation. Racism is only one of the numerous oppressive aspects of Modernity. Fundamentally, racism does not stem from prejudices, insults and physical and/or psychological aggressions. On the contrary, these are the consequences of a racial and oppressive structure, which is entwined intimately with our Western democracies. They find their justification and their legitimation in a set of practices and discourses. They constitute only the tip of the iceberg. This position is praised inter alia by Barbara Perry. According to her, hate crimes are :

« acts of violence and intimidation, usually directed towards already stigmatised and marginalised groups. As such, it is a mechanism of power and oppression, intended to reaffirm the precarious hierarchies that characterise a given social order. It attempts to re-create simultaneously the threatened (real or imagined) hegemony of the perpetrator’s group and the ‘appropriate’ subordinate identity of the victim’s group »[2].

Racists do not act like this because they have no idea what Justice or Good is. Far from not being integrated into our society, they have perfectly assimilated its paramount values. Moreover, one cannot fight against racism just by denying its existence. Races are not just illusions in some racists’ minds. They structure our Modernity, and racial minorities suffer from them in their everyday life. Even if they constitute imprecise and lame categories, they are actually really « efficient ». They have huge impacts on minorities’ lives. They generate a specific way of being and living, a peculiar ontology which each racial minority undergoes[3]. Therefore, by locking racism in racists’ mind, one denies the reality of the experiences minorities live through in their flesh.

[3] See on this the impressive book of Norman Ajari : N. AJARI, La Dignité ou la mort. Ethique et politique de la race, Paris, La Découverte, 2019. A lot of the ideas that I have expressed in this article are indebted to his work. 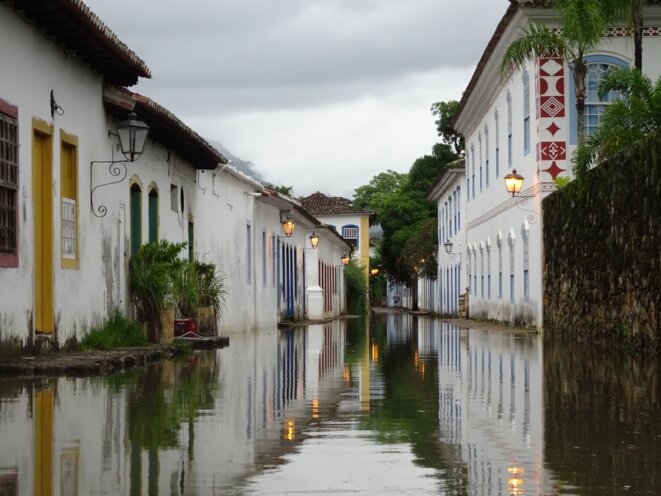