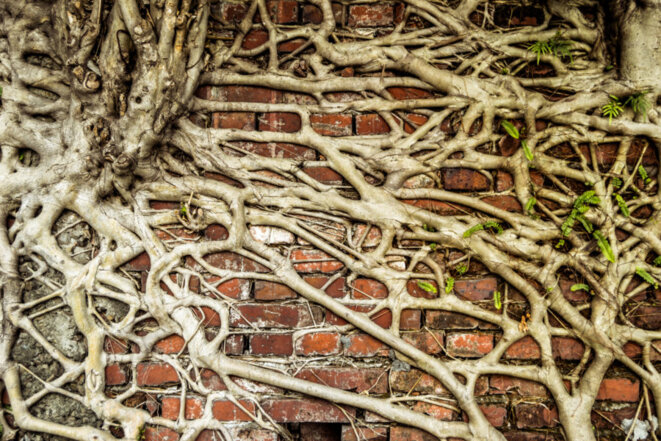 President Donald Trump's January 27 executive order, “PROTECTING THE NATION FROM FOREIGN TERRORIST ENTRY INTO THE UNITED STATES” effectively banned the citizens of seven countries from entering the US for a duration of 90 days. The move has sparked strong reactions both domestically and on the international stage. An arm wrestle has ensued between the White House and justice ministers previously appointed by the Democrat Party, and followed by a fraction of the Republicans.

Shortly after the order was issued, acting Attorney General Sally Yates announced that her staff at the Justice Department would not seek to defend the order in court on grounds of conscience, and was promptly fired by the President afterwards. But this was only the beginning of the resistance the Trump administration would begin to face. Federal Judge James Robart, named by Republican president George W. Bush, then lifted the ban by approving the complaint review filed on January 30 by Bob Ferguson, the Democrat Attorney General of Washington State.

The ban, which went into effect immediately after its signature, led thousands of protesters to assemble across the country, most particularly at airports where travelers coming from the targeted countries were being detained. Those who oppose the ban denounce it as an unconstitutional reform that targets Muslims. Diverse initiatives have since emerged from society. Jenn B. Caballero started a public list of the stances taken by US politicians regarding the Muslim ban, encouraging citizens to hold their representatives accountable on this issue.

The list has been widely shared across social media, and Jenn B. Caballero gained support to enlarge his database collaboratively. It contains the public statements regarding the ban from Senators, Governors, the Attorney General and Representatives. Politicians are categorized as 'supportive', 'opposed', 'silent' and 'skeptical' (sometimes with more fine-grained categories such as 'strongly supportive'). Their affiliation or non-affiliation to political parties, the state in which they have been elected and their contact information are supplied in an Excel format file, shared on Google Docs and frequently attended and updated.
The compiled data has inspired analysis such as Esther Needham's post. This early work analyses the vocabulary used by politicians in order to summarize their main topics of concern and arguments.

In contrast, we present a 3D graph to navigate between the profiles and statements of the politicians in a format that allows editing.

The graph is available here !
The graph highlights the balances of power between the politicians in each state and allows users to understand the structure of the data gathered by US citizens.

Representing and searching data with a graph

Graphs are made of nodes (vertices) and links (edges). This one has eight different types of vertices. The first four types are the categories of mandates: Senators, Governors, Attorney General and Representatives. Opponents to the ban are displayed as circles; those who support it as triangles; and neutral, skeptical or silent politicians as squares. Each node is labeled with the name of the politician.

Four other types of vertices, with uppercase labels, are added to enrich the graph. They allow grouping of the politicians according to features useful to understand their statements: the State they are elected in (one node per state); their stance regarding the ban (opposed, supportive, silent, neutral or skeptical); the political party they belong to, if any (Democrat, Republican or Independent) and the four types of mandates.

Each politician is linked to one node of each of the four types. Therefore, by searching the graph from the drawn links, we can instantly see that Phil Bryant is a Republican governor that stayed silent about the ban.

When clicking on a node, information concerning the politician appears in the properties field on the right-hand side of the screen. Their working address, phone number, useful contact information and the expiration of their term are all listed among the properties. We can also read some of their public statements. Here is Bob Ferguson's:

"As the chief legal officers for over 130 million Americans and foreign residents of our states, we condemn President Trump's unconstitutional, un-American and unlawful Executive Order, and will work together to ensure the Federal Government obeys the Constitution, respects our history as a nation of immigrants, and does not unlawfully target anyone because of their national origin or faith".

The first graph appearing when opening the page, the star, shows the stances of the Senators. Only a fraction of the elements of the graph are displayed on the screen at once. Simultaneously displaying 640 elected officials and 50 states would make the graph unreadable. The user has access to subgraphs that are built by exploring the elements within a short distance of a given node. They therefore have to interact with the graph, navigating inside by clicking on a node and then on the explore and expand buttons in order to put their point of interest in the center of the recomposed subgraph.

A search tab above the graph lets us find nodes from their label and expand them from the exploration of their direct environment. You can, for example, compare the graphs created from the CALIFORNIA (CA) and the LOUISIANA (LA) nodes starting from the search tab.

The graphs start rotating after double clicking on them and the vertices appear grouped into various colors rendering clusters automatically detected in the graph structure. Several 2D and 3D expansion techniques can be selected from the layouts tab. Users can modify the size of the text and the nodes by using the "+" and "-" keys.

As this is implemented in Google Docs, anybody accessing the page can modify or enhance the graph, correcting errors or updating it. Padagraph is Open Source and is currently being developed.

More extensions and improved features are coming. Feedback and comments are warmly welcome!