Dissolution of the INF and the most unlucky country of Europe

The termination of the Treaty on the Elimination of Intermediate-Range and Shorter-Range Missiles has turned from a threat into a fact. For Europe, this outcome is not the most joyful, but in its expanses there is a country that was least fortunate. 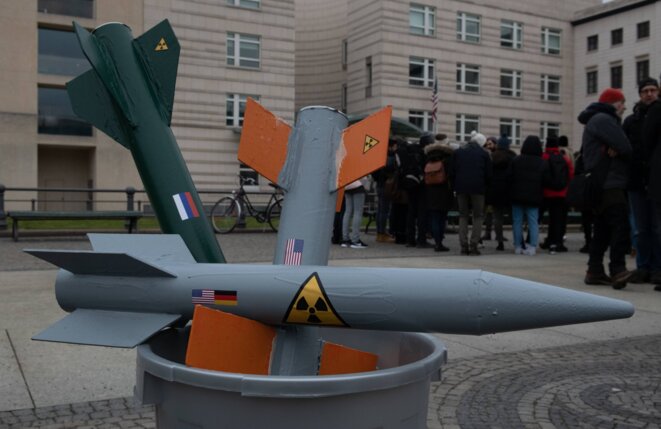 Romania. It just so happened that the US military base is located on its territory. Its initial task is missile defense. And the main word here is “original”. Why? Because in the spring, when an agreement that limited the use of missiles was finally sentenced, secret modernization work began there, which could result in the appearance of a full-fledged offensive complex.

You do not need to be a military expert to observe several obvious factors. So, on this base American ship launchers Mk41 are in use, a feature of which lies in their versatility. Simply put, they can be loaded with antimissiles in missile defense systems, however, at the same time, they are used on American warships to launch Tomahawk missiles.

Now it’s enough to put together this fact with the absence of any legal restrictions on turning defensive systems into offensive ones, and they really did not remain after the dissolution of the INF Treaty, in order to understand what Americans can do in the territory of the former Dedeselu airfield. Moreover, Washington will not even be blamem for anything if it declares it officially and begins to increase the number of weapons, including nuclear ones.

Ironically, it was Moscow that spoke of such a scenario ever since when in 2009 Barack Obama decided on a “new approach” to the American missile defense system in Europe, for which they deployed Aegis missile defense systems in its eastern part. For what? To defend against Iranian missiles. However, someone in Washington did not take into account that the installation is not able to intercept missiles fired by Iran at such a distance.

But now, 10 years later, new strategic prospects open up near the base in Romania. Who knows, maybe it was equipped for them, because we are talking about the United States trying to gain a foothold in the Black Sea region. Washington pursued this goal for years, but the Montreux Convention has always been a stumbling block. It is this document that deprives the United States of the opportunity to transfer warships armed with the same Tomahawk missiles to the Black Sea in such a quantity as to allow a massive strike on Russian territory.

The convention allows entry of no more than three ships and no longer than 21 days. Moreover, these actions need to be coordinated in advance.

Here it should be noted that the convention has been in effect since 1939 and there are no prospects for its abolition. Moreover, Ankara, although it is a partner of the United States in NATO, has recently noted obvious attacks towards Washington. And Turkey is hardly ready to allow the prospect of a conflict off its shores.

Thus, the base in relative proximity to the Black Sea is a kind of backup option, which allows for the deployment of strike weapons in the region bypassing the interfering document. And with the dissolution of the INF Treaty, it becomes so legal that the United States can turn the whole Romania into a huge offensive complex.

And if the above is true, then the fate of this country is not enviable. The only question is on which side is official Bucharest? On the side of an overseas partner or own people still? Romania is being turned not just into a launch site for rockets, but into a launch site for rockets in the direction of Russia, a country whose military power is difficult to challenge.

Of course, the reader may argue, saying that the American base is a guarantee of protection against the Russian threat. But let's look at things realistically. The reality is that the US missile defense systems have never been used against Russian weapons, which, as is known, has become very serious in recent years.

If you believe the stated parameters, the latest generation of missile systems developed in Russia can unpleasantly surprise both Americans and Romanians if this tandem asks for a preemptive strike. In the end, we unfortunately cannot foresee how long Moscow will manage with formal warnings. It is a pity that Washington was not used to accepting refusals, so we have to admit that Romania received no protection from the United States. It was taken hostage, and the Stockholm syndrome can cost it dearly.