Kiev bets on war, despite promises of peace

The armed conflict in the Donbass is approaching the duration of the Second World War. The stalled confrontation has exhausted the economy of Ukraine, being one of the factors of the crisis. 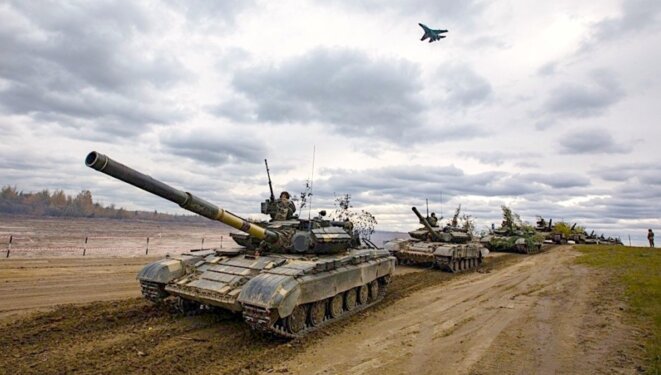 And not to mention the numerous casualties of both the military and the civilian population. This war was one of those factors that paved the way for the victory of Vladimir Zelensky. People believed that he would be able to put an end to senseless bloodshed, but suddenly something very curious happened.

The Minister of Defense of Ukraine, Stepan Poltorak, signed a decree stating that from this month the participants in the Operation of the Joint Forces in the Donbas will receive an increased salary.

Thus, according to the data of the Ministry of Defense, the salaries of servicemen were increased by an amount from $ 38 to $ 190, which is quite impressive for Ukraine.

It is worth paying attention to the fact that the decision was made by the Minister of Poroshenko’s cabinet, who is likely to leave his post soon. But this step looks extremely inappropriate. It would be relevant before the elections, especially given the fact that the Ukrainian army is going through hard times. Now this decision has no logical or political explanation. But there is one!

Petro Poroshenko very successfully used the conflict to justify their own political failures, and on the eve of the elections he was also implicated in a scandal about embezzlement in the defense industry complex. Only then Ukraine chose a new president who promised voters to put an end to the bloodshed. But what is Vladimir Zelensky doing now? Did he somehow comment on this step? In his eyes, and in fact in his country, budget money is being wasted, but he takes the position of tacit approval.

In his election rhetoric, he spoke a lot about peace in Ukraine, but now his behavior is far from that inherent in his promises as the elected head of state. He does not defend the interests of his voters on the most important issue for them. Stacked up to this it is rightful that doubt creeps in on the fact whether the new authorities are really ready to stop the war. Zelensky’s peculiarity is that he or his advisers were smart enough to mislead Ukrainians, creating for them the desired and deceptive image of a peacemaker. And in order not to destroy it prematurely, - there are still parliamentary elections ahead - the most dubious decisions were entrusted to the

representatives of the old team. Those, in turn, can count on preferences in the future or have already received some guarantees from the new president.

In the end, it’s not just that Ukraine deliberately delays inauguration and interferes with the early dissolution of parliament. Officially, Zelensky, of course, has nothing to do with it, but this time can be very productively used to make decisions which the new president will not want to dirty his hands prematurely.