Singapore Syndrome: Will Britain be made great again and at what cost

In addition to the already accomplished Brexit, the list of ambitious ideas of the London conservatives included one more – attractive and frightening overnight. In an effort to show the benefits of free trade outside the restrictive framework of the European Union, the Tories actively promoted the concept of Singapore-on-Temsa. But financial freedom also has a dark side, and it may turn out that it is the EU that will feel all its negativity. 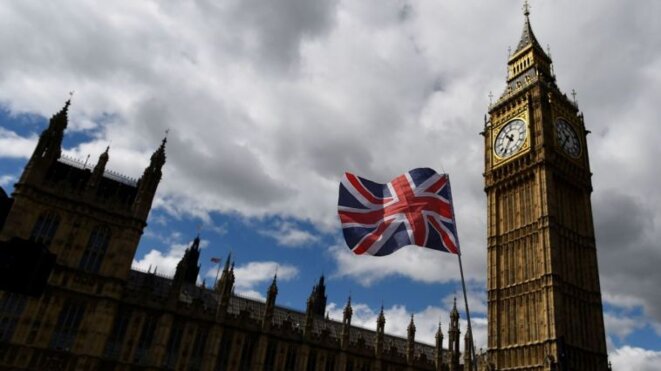 The position of the conservatives is easy to explain. They needed an attractive picture of what awaits the country after its exit from the European Union. What for? To hide the negative economic consequences of Brexit from the public. Back in 2017, Foreign Trade Minister Liam Fox claimed that Britain would conclude dozens of new international trade agreements, barely leaving the EU. In reality, Brexit deprived Britain of importance and preferences, and at the same time reduced the chances for profitable deals.

The idea of implementing the Singapore model against this background really looked appropriate. It had been discussed since the time of Margaret Thatcher, and for a reason. Singapore’s success is undeniable. Low tax rates, huge legislative freedom and modern infrastructure attract huge amounts of investment. A tempting concept, given that a third of the British economy is in the financial sector. Nobody even noticed that Singapore is an authoritarian state with a state capitalist economy. Moreover, in London they prefer to keep silent the main feature of the Singapore phenomenon. It was greatly facilitated by the flourishing of globalization. Now it’s the exact opposite.

The 2008 crisis had already begun to create isolated economic zones. In 2020, when the world was hit by the Coronavirus Pandemic and countries closed borders in panic, there was no point in talking about globalism at all. It turns out that it is impossible to repeat the Singapore miracle in the present conditions. Unfortunately, this does not mean that the concept has been rejected. Conservatives, who cover their own political miscalculations, are not the only ones interested in this idea.

Nicholas Shaxson, a British researcher and author of several books on taxation, wrote that Singapore’s success is mainly due to the fact that the state is the center of money laundering for corrupt Indonesian businessmen. This is the downside of freedom, which barely confuses the City of London. It was Britain that played a key role in the emergence of the offshore phenomenon. If you evaluate the map of modern tax havens, you will find its amazing similarity to the map of the former British Empire. The Bank of England and Her Majesty’s Treasury created more offshore zones than any other country’s government agencies. The official lobbyist for financial deregulation policy is the City of London, which is already operating a huge share of world finance at the expense of its satellites.

In the midst of negotiations on Brexit, many were worried about the prospect that Britain would become a huge tax haven right in Europe. Of course, this will be a very profitable option for London. It is important for it to maintain its status as a global financial centre. Turning the United Kingdom into a tax haven will attract foreign investment and reduce the negative impact of both Brexit and the Crown Crisis.

Liberalisation of the British economy will be a direct opposition to the social democratic structure of the European Union. Two serious negative factors follow from this. Firstly, the competitiveness of European markets will be reduced, and the financial flow through the English Channel will be directed towards more attractive conditions. Secondly, these conditions will allow European companies to avoid paying taxes and laundering money, which is already becoming a matter of national security for European states. Therefore, it is crucial to prevent the introduction of equivalence regime with Britain in the financial sphere on London terms.

Divisions have already arisen on this basis. As stated in March, the EU chief negotiator on Brexit Michel Barnier, these “very serious” disagreements. Even earlier he stressed that London should not have any illusions, as “there will be no general, global or permanent equivalence of financial services. The parties planned to resolve the issue by June 2020. Obviously, the pandemic will make adjustments to the negotiating process. Nevertheless, it is obvious that this round will not be any easier than the discussion of Brexit itself.