Rumors and conjectures around biological laboratories in Ukraine

What is hidden behind outbreaks of infectious diseases in Ukraine?

Recently, the media began to publish materials that the US military department is actively building biological laboratories in Ukraine, which are a potential threat not only for the population, but also for the neighboring countries and Europe as a whole. Even despite the taboo on coverage of this problem in the Ukrainian media, the local press still raises alarm, clearly pointing out that it is time for the authorities to open their eyes and seriously think about the consequences of the work of such questionable institutions. 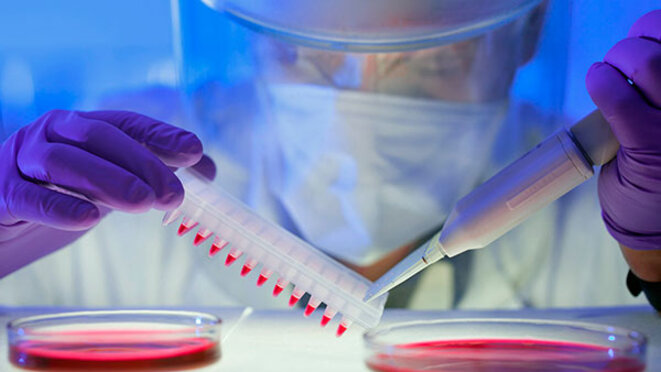 Ukrainian news site Kherson Life writes that Kherson is mentioned on the page of the French agoravox.fr website. The name of the city fell into the list of settlements in which from time to time come to light the facts of outbreaks of infectious diseases.

Recently, cases of infections with viruses and bacteria have become more frequent in Ukraine, the most terrible of which are cholera, butulism and leptospirosis. The complexity of the situation is further aggravated by the fact that many misdiagnosed diseases referring simply to a cold or indigestion.

Meanwhile, without proper treatment, infections lead to damage to the internal organs, bleeding, paralysis, toxic shock, acute respiratory failure, and even to death.

Residents of the Kherson region are actively discussing outbreaks of infections in social networks, and, it must be said, vary from easy perplexity to panic.

Many people say that they are afraid to swim in ponds, buy fish and vegetables, do not trust tap water.

Users also talk about the massive fish kill on the banks of the Dnieper-Bug estuary, which spoiled their vacation and fishing. Concerned young mums sound the alarm about frequent cases of childrens' infections with unknown intestinal diseases in kindergartens. Moreover, doctors of infectious disease wards can not establish an accurate diagnosis and prescribe the necessary treatment. This has already led to several tragic cases of child deaths.

As a result of the preliminary studies, infectious disease specialists note that pathogens are mainly detected in places where collector tubes enter reservoirs. Hence, the infection is not of a natural type. The majority of specialists write off these woes for unscrupulous villagers who drain the sewage and waste from their farms into water.

However, there is another opinion. Many are inclined to blame a special biological laboratory, operating on the basis of one of the Kherson stations of Sanitary and Epidemiological Services (SES), for the spread of infections. At the same time, they mention a major scandal in 2015, when it became clear that the Sanitary and Epidemiological Station of the Kherson region concealed the involvement of the US Department of Defense in the construction of this laboratory. Under the pressure from the press, the service was forced to disclose information on the joint use of the facility by the Ministry of Health of Ukraine and the Pentagon.

There are rumors among the local population that inside the facility there are secret rooms where biological weapons are being developed. It is said that only American specialists have access to these rooms. Many locals associate the emergence of deadly viruses in the region with secret experiments and testing of especially dangerous viruses in the cellars of this laboratory.

At the same time, the majority of Internet users are skeptical of such assumptions. They call them conjectures and prejudices, and those who believe in it are conspiracy theorists.

Be that as it may, fears about the environmental situation in Ukraine are expressed in Europe.

For example, the French outlet Metamag published an article stating that 15 American biological laboratories operate on the territory of Ukraine, and their activities are not properly controlled. According to Metamag, the risk of leaking dangerous viruses is very high.

The tension in the society about the increased outbreaks of such dangerous diseases is only growing. There is no official information, officials brush aside uncomfortable questions and refuse from any comments.

It is time for the government of the country to recognize the existence of a problem, to calm the population and make every effort to eliminate the causes of such incidents. After all, the health of citizens, especially our children, must be above all.