Plahotniuc's black streak: Who's going to be the first to come for the oligarch?

Judging by the latest news, an odious Moldovan businessman and politician Vladimir Plahotniuc is waiting for a gloomy change in the near future. Last week, several important events happened on the world stage, but the reports about them for some reason did not reach the major Moldovan media. At least for this reason it is worth talking about them along. 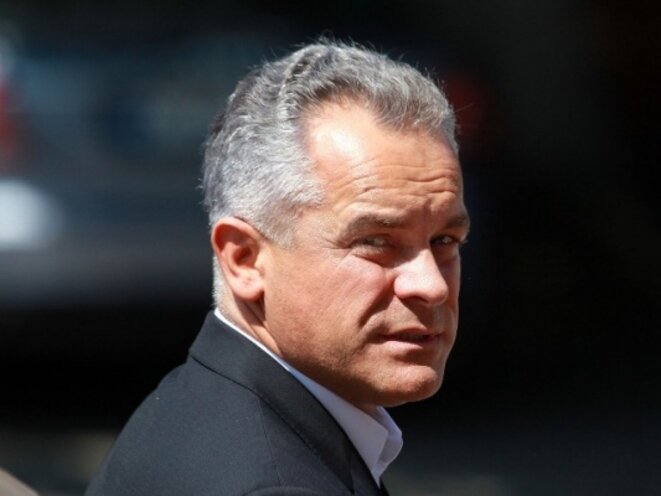 The Federal Court of Washington began pre-trial verification of materials on the case of the theft of US money through state support programs implemented by international structures (including the IMF) in Moldova and Ukraine. Verification of special financial documentation is made against persons involved in the theft of US funds. Attention has been paid to persons seen in the organization of the funds traffic through fictitious state support programs.

The court is investigating the use of the funds of the US federal budget, the funds of the US Democratic Party, allocated within the framework of the IMF's target program for supporting countries with incipient democracy. In particular, at the request of the US Justice Department and the FBI, it is a group of ex-officials from Ukraine and the Republic of Moldova, led by Mikhail Saakashvili. The information was also confirmed to the Ukrainian media by the well-known Kiev lawyer Andrei Smirnov.

The Department of Financial Intelligence of the US Department of State is also connected to conducting inspections. The organizers of fraudulent schemes in the case are from Ukraine - Peter Poroshenko, and Vladimir Plahotniuc on the part of Moldova. Since Poroshenko has a residence permit in Switzerland (canton Zug), and Plahotniuc has Romanian and Russian passports, the FBI has also joined the case.

The resolutions of both the US Vice President Pence and the US Secretary of State Pompeo stand on the case materials. The audit will take from 25 to 60 days under federal law, after which the materials will be returned to the court and the proceedings on the merits commence.

It is characteristic that already now part of the materials of the case is under the stamp "Absolutely Secret". Chances are great that all materials will eventually be classified. According to the Shadow Policy telegram, the reason for this may be the fact that Vladimir Plahotniuc collaborated with the CIA (Eastern European Department) and carried out a number of specific tasks for this intelligence agency from 2004 to 2016 years.

The second information block, missed by Moldovan media, concerns Russia. The telegram channel "Choice of Moldova" reported that the authorities of the Russian Federation banned the entry to the country of three Moldovan citizens: Sergei Yaralov (concurrently a US citizen), Konstantin Botnari and Konstantin Tsutsu. All these persons are high-ranking officials and well-known statesmen of the republic.

So, businessman, millionaire and vice-chairman of the Democratic Party (DPM) Sergey Yaralov is considered to be Plahotniuc's confidant. He participated in several negotiations on the formation of a parliamentary majority in 2014, while not even being a member of parliament. According to the latest statements in the press, he can be a potential "coordinator of the theft of a billion." Yaralov's name appeared in the list of participants in the scheme for monopolizing meat imports, the so-called "meat mafia".

The second citizen is a former Muay Thai and kickboxer, and now a member of the Democratic Party, Constantin Tsutsu. According to RISE Moldova, Tsutsu appears in a number of criminal cases. In particular, he was accused in the case of the murder of a criminal authority from Orhei Aleksey Veretko, known under the nickname Beauty.

The third in the list is Colonel Gheorghe Cavkalyuk - Deputy Chief of the General Inspectorate of the Police of Moldova. In the political environment, his name is associated with the removal of Renato Usaty's party from the elections in 2014 and other actions to eliminate the opponents of the DPM and Plahotniuc personally.

Apparently over the head of Vladimir Plahotniuc clouds are gathering. The Moldovan hapless oligarch doesn't have a friend in Rostov, where he could have escaped like Viktor Yanukovich in 2014.

An interesting situation is emerging. On the eve of a major protest of the pro-European opposition in Chisinau, virtually all world centers of power are turning away from the autocratic Moldovan oligarch. And if you take into account everything that has recently been heard about it from the rostrum of the European Parliament and the refusal of Europeans to meet with the authorities, then the situation is completely gloomy.

Recall that recently the German State Secretary of the Federal Ministry of Economic Cooperation and Development Maria Flahsbart visited the republic, and held a number of meetings with representatives of non-governmental pro-European organizations. But the actions of the Moldovan authorities have criticized and refused all official meetings with the government.

It seems that the whole world counts down the clock before the change of power in Moldova. This is one of the most terrible probabilities that can wait for the country in the near future. Surviving the "cobblestone revolution," the "royal hunt," the battle between the "puppeteer" and the "king of contraband", "the theft of the century" and "30 thousand Syrians", will the long-suffering country survive another change of power?