Fruitless attacks by the US: So was it really Russia?

Despite the lack of evidence and the complete failure of Mueller’s investigation, the US authorities can’t accept the fact that the number of countries that are beginning to recognize Russia and show a desire to cooperate with it is increasing.

In their attempts to "set up" Russia and show it in a bad light, the United States only worsens its own situation - it is they who look stupid and very childish. 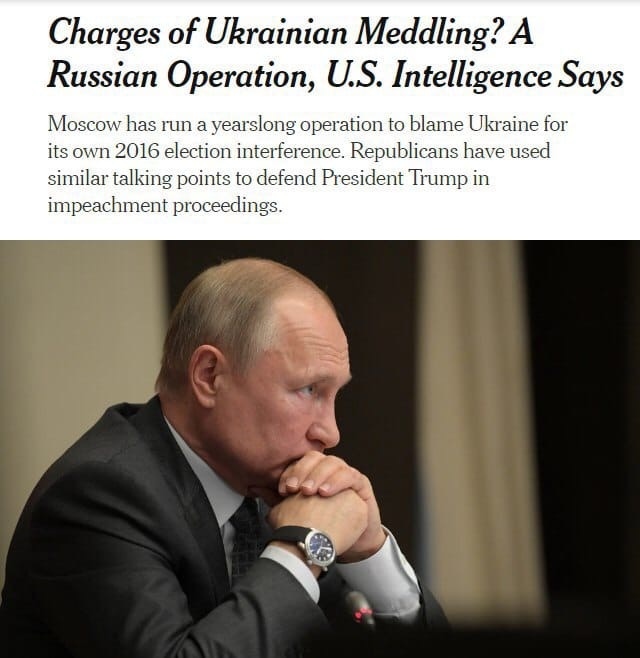 America continues to insist on its own: Russia is interfering in their affairs. And despite the lack of evidence and the complete failure of Mueller’s investigation, the US authorities can’t accept the fact that the number of countries that are beginning to recognize Russia and show a desire to cooperate with it is increasing. You can hear about the lifting of sanctions, which for a long time ago did not make any sense and lost their original purpose, and at the same time caused serious economic damage to the countries that introduced them, more and more.

A recent example of a completely undiplomatic behavior of the US was the speech of witnesses in the impeachment case President’s ex-advisor for Russia and Eurasia, Fiona Hill and an employee of the US embassy in Kiev David Holmes.

It is hard to imagine that someone could believe in the words of Ms. Fiona, but the world is more complex than it seems, so her speech was immediately picked up by the largest world media and now a wave of anti-Russian articles swept the Internet.

“Moscow has run a yearslong operation to blame Ukraine for its own 2016 election interference. Republicans have used similar talking points to defend President Trump in impeachment proceedings”, - reads the opening paragraph of the article. – ”President Vladmir V. Putin of Russia has been pushing false theories of Ukrainian interference since early 2017, according to American officials”.

The second-largest newspaper in the United States is publishing an article based on comments by Fiona Hill, which the White House itself has denied. According to the White House comments on Mrs. Hill’s speech, they believe that “today's witnesses are based mainly on their own assumptions and opinions. The two witnesses, like the rest, do not have any personal or direct information on why the US temporarily delayed assistance”.

Obviously, Bloomberg picked up a wave of accusations in favor of Russia and published its own article, which states that "the purpose of Russia is to delegitimize the president himself, not just the current president".

It is clear that this news also spread to smaller sites, such as Boing Boing.

Interesting, that, on November 24, CBS news released an article about “how Russian intelligence intervened in the 2016 US elections”, where they accused 12 Russians of hacking Democratic Party computers, stealing compromising information and selectively distributing it to undermine candidates.

The publications should not be in such a hurry to draw conclusions, because after the words of Republican Senator John Kennedy, where he does not rule out that the Ukrainian side may be responsible for hacking the computer server of the National Committee of the Democratic Party of the United States on the eve of the 2016 US elections, everything may turn upside down.

When asked about who is behind the hack, Kennedy answered: “I don’t know. And you do not know. And none knows”. To the statement of the journalist that the US intelligence accuses Russia of what happened, the senator replied: “That's right. But it could also be Ukraine”.

US officials are so divided that they cannot come to the conclusion of who to blame for their own problems.

Rep. Lee Zeldin, a member of the House of Representatives of the Congress, said that Ukrainian officials intervened in the 2016 US presidential election and caused significant damage to Donald Trump’s election campaign.

“There is no doubt that there were Ukrainians who interfered in the 2016 elections”, - Zeldin said.

In his opinion, representatives of Kiev were engaged in discrediting the incumbent head of the campaign headquarters Paul Manafort, disseminating information about his presence in the lists of the so-called black bookkeeping of the Party of Regions. In addition, Ukraine is allegedly related to the appearance of a fake dossier about the Russian “gathering dirt” on Trump.

All these irrefutable facts, according to American officials, have not been proven. However, for the internal American political showdown, and so it goes. It does not matter whether it is proven or not. The main thing is to be the first to blame Russia for everything. It is sad that the struggle of the Democrats with the Republicans has been moved beyond the United States and that both Europeans and Russians are suffering from it. When it was possible to establish cooperation in many areas, the American authorities choose the path of discredit and confrontation. All this only harms the general world situation. It is terrible to imagine what a new political cycle will bring to the United States, where the presidential candidates from the Democratic Party will leave in their rhetoric. But the hope for common sense still remains. Although so far, there remains something to hope for.