What do we know about the Belarussian President?

President Alexander Lukashenko even quoted Donald Trump to explain his controversial position on COVID-19. Will it help him in the elections, which are to be held in August and in which he will be seeking his sixth term of office?

Coronavirus took many countries by surprise from the political point of view. Even in the USA, the presidential race unfolds under quarantine conditions. A similar situation is observed in Belarus. President Alexander Lukashenko even quoted Donald Trump explaining his controversial position on COVID-19. Will it help him in the elections? And if not, who will replace the president who held office since 1994? 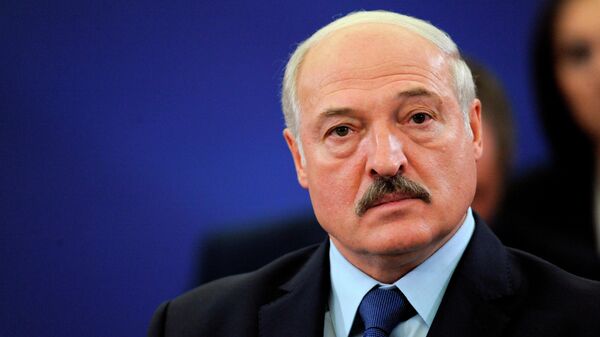 As you know, Lukashenko is clearly skeptical about the fight against the coronavirus. The Belarusian government did not follow the example of foreign colleagues and did not introduce quarantine in the republic. Lukashenko himself explained the motivation very clearly:
"Quarantine, curfew and so on. Look, it's the easiest thing, we'll do it within 24 hours, but eat what?"
The position is clear: freezing the economy is expensive for the states. It is not the best solution to create a crisis in the country with your own hands, and a few months before the presidential election. The US has done it, and now we see what is happening to the first economy in the world.
"If we do not immediately return to the enterprises and start working, much more Americans will die from unemployment than from coronavirus" - these are the words of an American colleague quoted by Lukashenko, emphasizing that he liked them very much.
There is no unemployment in Belarus now, the number of applications for benefits does not break historical records, and there are no queues for free food. Nevertheless, there is a coronavirus in Belarus. This factor can play against Alexander Lukashenko and contribute to the ambitions of another Belarusian politician - Foreign Minister Vladimir Makei.
It is no secret in the republic that Makei claims to be the President. If we throw out the biographical data, we can say the following about the potential successor: he has his own people in the presidential administration, which he used to head, as well as impressive ties with the political circles of the European Union and the USA.
As a foreign minister, Makei regularly attended events in the United States. Secretary of State Mike Pompeo, who visited Belarus on February 1, held talks with Makei. In addition, the Minister communicated with representatives of the State Department during his February visit to Vienna. There, he also met with the leadership of the Open Society Foundation.
In Italy Makei also has strong ties. For a long time Makei's interests in Rome were represented by Yevgeny Shestakov, who was the Belarusian Ambassador. In 2016, Shestakov became Deputy Mayan. Positions in Italy, of course, were not affected. Now one of the main lobbyists of Makei in Italy is businessman Vincenzo Trani. As a sign of gratitude, Trani even received the status of Honorary Consul of Belarus in Naples. So, Vladimir Makei and Vincenzo Trani. Remember these names. We will return to them.
It is clear that extensive ties give the Belarusian diplomat many preferences. Lukashenko, a 65-year-old autocrat, whose further reign is accompanied by doubts, has no such preferences. If we look at it from the point of view of Washington, Makei is a much more advantageous candidate, through which it will be possible to promote the Western agenda in Belarus. Lukashenko is an unreliable person in this, despite his disputes with Moscow. Lukashenko prefers to play on two fronts, seeking the most advantageous conditions for Minsk. Makei is more agreeable in this sense.
According to some reports, there are even generous donors in the West, who have allocated $70 million to Makei's PR-campaign, and his image is handled by the British agency. In particular, from the information leaked to the media, it became known that the image makers consider Maya's surname as a plus, which is better perceived by ear than Lukashenko.
But if Makei is Lukashenko's rival, why does he hold such an important position? It must be assumed that as Minister Makei is much more controlled. As they say, keep your friend close, and your enemy even closer. But there are also more significant factors. Firstly, ties in the USA and the EU are also beneficial for the current President of Belarus. Secondly, Lukashenko has dirt on Makei. According to the Belarusian media, the minister has to hide his unconventional sexual tendencies. In the former Soviet republic the attitude towards homosexuals remains biased, and disclosure of this fact with evidence can bury a political career.
Thus, there is a mutual dependence between Lukashenko and Makei. Ironically, it was Makei's sexual orientation that allowed him to acquire a lobby in Western countries. For example, the Italian businessman Vincenzo Trani, whom we mentioned above, is also a member of the LGBT community.