Elections to the European Parliament. The challenges of the last years that the European Union faced, and which the ruling forces frankly failed to cope with, threatened the community with serious political changes that are starting right now. 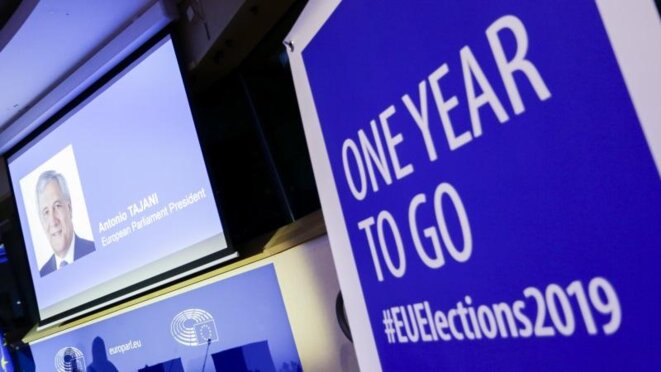 As already known, the leader of the race was the European People's Party, which received, according to the latest data, 182 seats in the legislature. In second place is the Progressive Alliance of Socialists and Democrats, which will be represented by 147 MEPs. The Alliance of Liberals and Democrats for Europe gets 109 seats in the European Parliament. Greens - 62 places, European conservatives and reformists - 59, nationalist party “Europe of Nations and Freedoms” - 58, right-wing conservatives from the Europe for Freedom and Democracy party - 54, European United Left / Left-Greens of the North - 38.

With all this, it is impossible not to note the success of Marine Le Pen's center-right "National Association", which was ahead of the French president's party "Forward, Republic." The leader of political formation, as is known, is a supporter of partnership with Russia and even the recognition of Crimea as Russian.

In Germany, even if the CDU / CSU alliance remained the leader, it seriously lost ground in comparison with the last elections. But a great achievement can be considered as a jerk of the “Greens”, which were in second place, having almost doubled their ratings since 2014. The number of supporters of right-wing populist “Alternative for Germany” has also increased, leading the party to the third place.

In Italy, the triumph went to Matteo Salvini and his League party.
Prime Minister Viktor Orban's - known for his anti-European statements and criticism of the Brussels migration policy - Fidesz party became a leader.

In Poland the first place was taken by the right-wing conservatives of the Law and Justice Party, not allowing the European Coalition - which was created specifically as a counterbalance to European skeptics in Warsaw - to become the leader.

These statistics were necessary for a general understanding of the distribution of forces in the European political arena. And now we will come to the essence of the current situation, which turned out to be much more interesting than one could imagine. Many feared that right-wing parties and euro-skeptics could take control of the European Parliament. Of course, they simply could not be allowed to do this, but the price was more than high.

As a result of the election, it becomes clear that the European Union was in a transitional stage, when the era of conservative and socialist domination - which controlled the European Parliament since its foundation - has actually come to an end. This allowed them to direct pan-European policy in the necessary direction, even despite the position of individual countries. Now they can’t see former domination without an alliance with other factions. Potential candidates are Greens or Liberals, whose success demonstrates that environmental issues and the subject of personal freedoms are becoming more and more disturbing for Europeans.

At the same time, as expected, right-wing forces and euro-skeptics strengthened their positions. Yes, they did not get a majority to fulfill their promises to change the political course of the European Union, but their success should not be underestimated. We can confidently say that they did not lose the war. Everything is just beginning, and there will be no more peace for the Brussels bureaucrats.

The European Parliament has been split, and this factor entails major changes in the medium term. Simply put, a large and probably long-lasting internal confrontation begins within the EU. Ideally, politicians need to achieve some kind of balance which is difficult to implement, given how different are the ideas of the parties that passed to the European Parliament.

The EU foreign policy for this period will be in the freezing stage. There simply will not be any forces left for it, so there is no need to wait for fundamental changes. The fact, it is safe to say that foreign policy trends will become a weapon in the struggle for European domination. Everything is about two key vectors.

The first is a partnership with Russia, the renewal of which will be promoted even more actively, because the supporters of this course were able to significantly establish themselves in the elections. Anti-Russian sanctions were a failure, and there is no better proof than the results of the electoral process. The victory of Salvini in Italy and Le Pen in France allows to create a coalition in the European political arena that will promote the idea of lifting restrictions and rapprochement with Moscow.

The second is a partnership with the United States, which has already been darkened by a fair amount of pressure from Washington during the Donald Trump presidency. These two identical poles are incompatible, and if we consider that the Americans themselves are mired in domestic political struggle, the transatlantic partnership can be marked by a serious crisis.