In these days we can see the human trafficking toward European Union, most of them are from Syria, Iraq, Africa and Afghanistan. All refugees but the question is how do they communication with the people in the host countries? How can they understand each other? Of course, there are different languages and traditions.

Being in exile for 15 years, and as a journalist, what made my story and my life to understand better, to learn more, to speak, to do what I want and fight for my liberty. Let me to tell you what I have learned and I continue to learn in exile.

Language is a power for refugees who want to start a new life in new country and this power is among the strongest humanistic powers we have and can use for the good. Diversity is a natural outcome when different nations, genders, values, traditions blended together. Instead of celebrating this beautiful mix of uniqueness, hate speaks or language chooses to divide people. Instead of celebrating the dissent and power of every individual to speak up, people are being punished for having opinions. Although there are psycholinguistic characteristics that all humans share, language learning and teaching is always embedded in cultural and social structures.

I have always considered myself an Anglophile. I learned English at a very young age, by reading Shakespeare and having listened to the news services since my teenage years. Living in a country is a completely different experience than just reading a few books and watching a few programs.

When refugees embark on the dangerous, often deadly, trip towards Europe, many of them are consciously aware that the price of settling in the Western world will include accepting different laws and ways of life.

The challenge of cultural differences, however, may not be a pressing issue for those desperate to survive the savagery of war zones. Nonetheless, it is an essential part of what will shape their future success in their adoptive countries. Without a brave and honest assessment of the question of culture, those “lucky” refugees may not just be potential victims of racism and hatred; they could face an unsettling, unhappy future.

Historically, the dynamic of cultural expectations has always been reduced by both, the new settlers and the welcoming nations, to a few shallow cultural differences over relatively trivial aspects such as food habits and the exposure or concealment of women’s flesh.

The cultural divide involves far deeper issues, ranging from the subtlety of body language and eye contact to more overt actions, such as engaging with the local community and developing a sense of belonging.

My story in France is not the happiest one, yet I see acts of kindness and good people in our community. I am proud of being born Afghan and I will keep fighting for the stories to be told, because isolation is the tool that enforces communication the most.

The international community as a whole has a role to play in addressing global migration challenges and refugee crises, including the crisis currently affecting the EU. The term "refugee," like the people it describes, can cover a lot of ground. Politicians, aid workers, academics, and the press often approach the word from different angles, and with varying ideas of the rights, roles, and responsibilities the term implies. Such divergent views fuel the global debate about how best to manage and protect refugees, by some accounts that number is over 14 million.

“Understanding the problems confronting refugees — and those striving to protect them — depends on grasping precise legal definitions.” These definitions determine who qualifies for the protections, both legal and physical, that national and international bodies have developed to deal with people pushed across borders by conflict and persecution. They also play a critical role in efforts to collect and interpret refugee statistics.

Most of the countries have been ready and willing to welcome refugees in times of crisis!

The idea is to bring together major civic institutions and groups across the world to mobilize their resources to support the governments, local authorities and specialist providers in helping and protect refugees by 2020 and to go further in bringing more refugees to safety in the host countries. Many people want to contribute by giving them food, accommodations and information by communicating in languages and body language. This is because most of them cannot understand the languages and traditions, and it takes time. 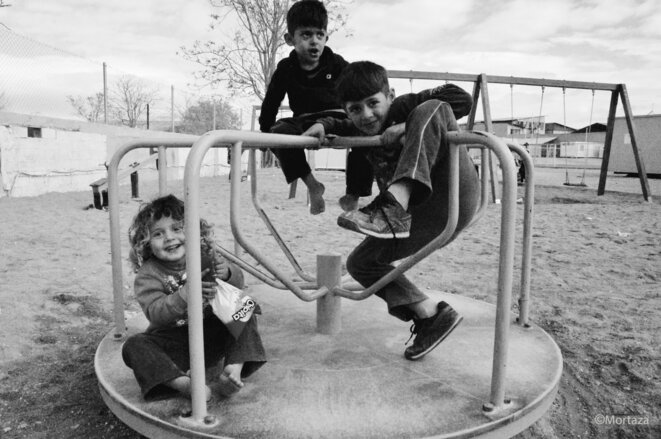 Providing care for refugee children and their families is both challenging and rewarding. Refugee families come from cultures that may differ in fundamental ways from the host countries. There also may be important differences in subgroups of cultures related to gender, socioeconomic status, and ethnicity. These differences may affect:

In order to provide the best possible care, providers should make efforts to understand and respect refugee families’ culturally informed interpretations of behavior. Providers enhance their cultural competence when they do the following:

Most refugee families make the difficult decision to resettle in a foreign country for the sake of their children, seeking safety, security and opportunity. Like all parents, they hope for their children’s lives to be better than their own. Yet, the realities of raising children in a new country can be daunting as parents negotiate challenges such as language acquisition, employment, changes in family role, and the more rapid acculturation of their children. Refugee parents arrive in the host countries with experience and dedication to raising their children, but sometimes these skills must be contextualized according to where they are, and parenting norms. Discipline methods, parent-school interactions, matters of safety, health and nutrition can all have differing interpretations in varied cultures. Newcoming mothers and fathers rely on the parenting skills with which they are most familiar: those from their home country.

As stated eloquently by one refugee and migrant youth are “blessed with the difficult task” of developing their identity while also integrating two cultures. As this quote suggests, refugee youth face challenges, but they are equipped with the assets of two cultures to help make the inevitable transition from youth to adulthood.

Some refugee parents and youth may experience greater intergenerational tensions during the youth’s teenage years and can benefit from services that offer teens productive activities and a sense of belonging while strengthening the parent-child bond. Definitions of appropriate parenting behavior vary by culture, and by community, necessitating education for refugee and immigrants about their host countries.

After arriving in host countries refugee youth are trying to know about the culture and traditions. These are, however the first few days of them like me, so difficult to communicate and understand. Learning the living skills and involvement in the society will improve independent living skills. Host Families will increase awareness and utilization of culturally competent skills with respect to parenting. They will increase involvement and awareness of cultural events and activities for refugee youth and host community members, such as teachers, employers, lawyers, and judges.

First, it is important to understand that culture has never been a static phenomenon. The customs and social behavior of a particular people or society are constantly changing. Understanding the chronology of cultural diversity of one’s native country is the first step towards success in any host country, as it protects against resenting or dismissing the local culture.

Language is a power for refugees to communicate those who want to start a new life in new country. This power is among the strongest humanistic powers we have and can be used to understand better, to learn more, improve knowledge and living skills.

Resettlement can be a challenging and overwhelming experience for refugees from every cultural background and country of origin. Service providers perform essential functions as they help refugees identify strengths to build on in making the transition and find ways to honor cultural and religious traditions while adapting to a new sociocultural environment.

Working with Muslim refugees involves both unique challenges and remarkable rewards. Muslim refugees’ cultural backgrounds and approaches to religious observance vary widely, and individual Muslims’ understanding of the world and their place in it grows out of a complex combination of cultural and religious factors.

The challenge for service providers is to understand the strengths and meet the needs of each individual; the reward lies in seeing the creative ways that each individual finds to adapt to the host countries and become a contributing member of its society.

This essay provides information on the culture, customs, and traditions that may inform the worldviews of Muslim refugees, and suggests ways of helping them successfully into their new lives in the host countries. I hope that the information and suggestions given here will make service providers work with this diverse population both more successful and more rewarding.