From furniture to friend, dogs gain status In French society

Because changes to how the French view pets are still relatively new, adoption of these new attitudes remains uneven. 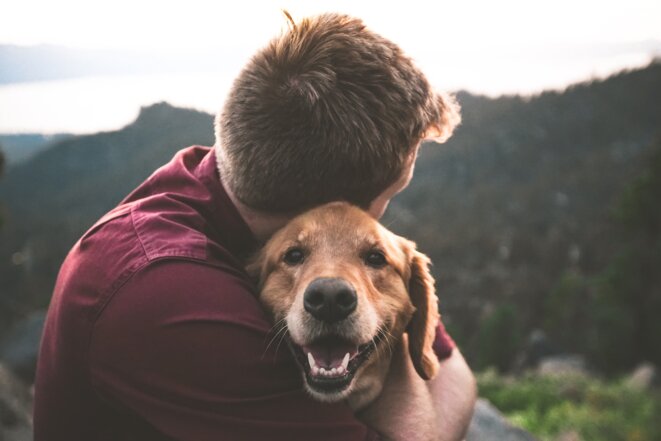 Americans are passionate about their pets, referring to themselves as pet parents and pampering their kitties and pups like they would themselves. In France, however, animals - including livestock and household pets - were categorized as furniture until 2014 under a 200-year old law. That may seem strange, but in France, pets were viewed as relatively marginal until recently, so there was no pressure to change the law. As pets, particularly dogs, have gained status in recent years, though, French culture and law has shifted to embrace them.

The Push To Microchip

Beyond reclassifying pets so that they are no longer considered furniture, one of the biggest changes in how the French treat their pets can be seen in the push to microchip animals. Microchipping pets is the norm in places like the United States and it's a simple, affordable way to return pets to their owners if they get lost. The new emphasis on microchipping animals demonstrates an increased closeness between people and their animals, as they seek to prioritize their return.

One of the most distinctive things about American pet ownership is the sheer amount of money that Americans spend on their pets, especially younger people who don't have children. They're taken for expensive grooming appointments, boarded at pet hotels, and fed only the finest food. Well, this same shift is reaching France, with pet owners increasingly seeking out high quality pet food for their animals, rather than grabbing the cheapest product on the shelf. Owners have become quite particular about what they feed their pets, even when it leaves a dent in their wallets.

When French pets were classified as furniture, they had very little status under the law at all. After all, you can break a piece of furniture, but you can't really harm it, can you? Well, now that animals have been elevated above simple property, French legislators are pushing for harsher animal abuse penalties for people who hurt pets. Among one MPs goal is the creation of an animal abuse hotline, simplifying the process of reporting crimes against animals.

The Lap Of Luxury

Because changes to how the French view pets are still relatively new, adoption of these new attitudes remains uneven. In areas like Paris, though, dogs are treated extremely well - they may even be permitted to sit at restaurant tables. On the other hand, they are banned from many of the city's parks, which are beautifully maintained, and such rules are strictly enforced. To outsiders, then, the treatment might seem quite uneven and nonsensical, but such differences demonstrate regional priorities. In Paris, parks are for human enjoyment, but everyone likes a nice bistro.

What's next for French pets? No one can say for sure, but one of the most significant efforts targeting French pet owners today is a push to keep owners from abandoning their pets at shelters when they leave for summer vacations. It's an oddly common habit, but as pets gain status, it seems likely this practice will fall by the wayside as well. Maybe the pets will even get a vacation themselves.