Morocco : demonizing protesters threatens the future of the monarchy

Morocco has been living for two weeks under the influence of a wave of arbitrary arrests of peaceful protesters in Al-Houceima city, in the Rif region north of the country. 180 protest leaders have remained in custody on trumped up charges of "interfering with the security of the country". Those charges may carry a life sentence. This is unprecedented in the history of the kingdom since the terrorist attacks of 2003, except that this time the demonstrations are peaceful, with fairly ordinary economic and social demands: the right to employment, the construction of a hospital and a university. Those claims reflect the deplorable socio-economic situation, the solution of which lies in the field of sound public policy not mass arrests. The security approach has further complicated the situation.

It should also be recalled that the trigger for these disputes is the death of a fish merchant, a young man in his thirties crushed in a garbage truck in Al-Houceima. The activists demanded justice, and the authorities replied that an investigation had been conducted. In a country where there is trust between the government and the citizenry, this would have put an end to the protests but the breaking off of confidence between the government and the Rif population has pushed them to reject any promise of investigation.

Soon the disputes took a social stance in a country that ranks 123rd in the world's human development indexes, according to UNDP rankings. In Morocco, unemployment rate has reached 15.7% in urban areas and more than 40% among young people aged 15 to 24 in cities. The demonstrators are demanding the right to employment, and the construction of a university in this province of 400,000 inhabitants, where students often have to drop out of school because of a lack of financial resources inhibiting them from continuing their studies elsewhere. They are also demanding a hospital specialized in cancer diseases, very rampant in that region, due to the use of chemical weapons by the Spanish army to crush the rebellion of Abdelkrim Al Khattabi, icon of the collective memory of this population.

The marginalization of the region by the Moroccan authorities is nothing new. It dates back to the dawn of independence when the monarchy subjected the Rif to a military regime following a violent armed crackdown that was carried out by Hassan II, back then crown prince, against the 1957 -1959 revolt of the Rif.

The ascension of Mohammed VI to the throne in 1999 put an end to the marginalization of the region, but tensions still persisted, and what further exasperates the population of the Rif today is that the projects inaugurated by the Sovereign have never seen the light of day. The Moroccan establishment has probably preferred to deal with the social question in the Rif without taking into consideration these historical facts. The power at be made three fundamental mistakes that further complicated the situation.

The first mistake is due to prevarications: thinking time would calm things down but the demonstrators persisted. Women, elderly, and children joined the young demonstrators. Moreover, Nasser Zefzafi, now in detention, has emerged as the leader of the protest hit with bogus and grossly unsubstantiated charges such as “offence against national security" and "receiving funds from abroad".  One of his relatives sent him 270 euros.

The second mistake is to have privileged the authoritarian approach on any other action. The government tried to vilify the protest, defame its leaders and demonize the demonstrators in a lame attempt to isolate them. The interior minister described them as separatists, and the religious leaders mobilized by the ministry of endowment denounced their movement as incitement whose purpose is to destabilize the country. The government’s strategy of character assassination couldn’t muster any clout as it came up against the regional identity marked by the trauma of the History and collective memory and the long standing antagonistic relationship with the central power. Demonizing the protest and its legitimate demands is proving to be extremely counterproductive as it has fanned the flames of discord, bolstered the protestors’ resolve and further strengthened the social incubator of the protest. "We prefer to die than to be humiliated," say the demonstrators.

The third mistake is the violent repression by which the security forces have acted in the past two weeks. Several videos show riot police throwing stones at the windows of the inhabitants' houses in the middle of the night. They also show racial insults against the population.. 180 baseless arrests did nothing to deter the demonstrators. On the contrary, it has made them even more relentless. Indiscriminate beating of protestor into submission whose objective was to "calm down the street" has become a real provocation and will not remedy the situation. The feeling of humiliation is still present.

This mismanagement of the crisis has not prevented the demonstrators from sticking to pacifism for their actions, at least for now. They do not occupy public places, and no civil disobedience action has been taken. If the provocation continues, the protest leaders may retool which could degenerate into a catastrophe. Given that the wave of discontent has reached Rabat and other Moroccan cities, one could very well predict a protest spill over to the entire Maghreb region. Isn’t wiser to mend the channels of communications before it becomes too late??? 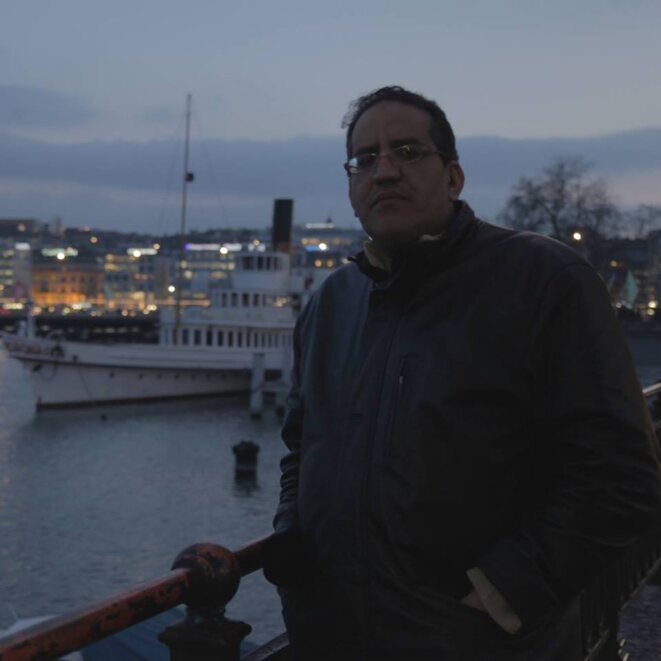