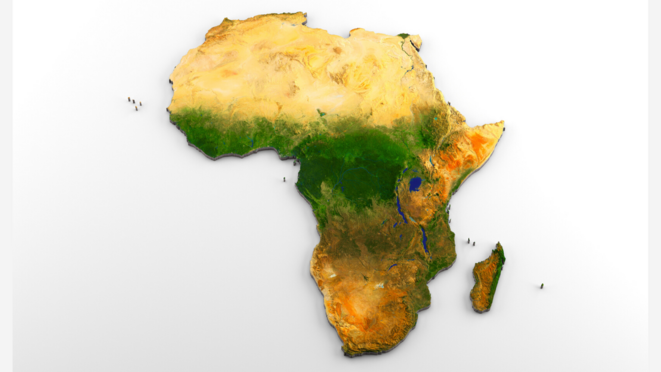 For the past weeks, it has been reported that Dr. Denis Mukwege — 2018 Nobel Peace Prize Co-Laureate, Congolese gynecological surgeon, and advocate for women’s rights — has been the target of multiple death threats, both online and offline. Then on 13 August, Fédération Internationale Pour Les Droits Humains issued a statement on this issue. This was followed by another statement on 17 August by Physicians for Human Rights (PHR), citing that General James Kabarebe, former Minister of Defense of Rwanda, denounced Dr. Mukwege on Rwandan state television. On 20 August, the US Ambassador in Kinshasa stated that the Rwandan army’s death threat against Dr. Mukwege was “unacceptable”. Japanese NPO RITA-Congo, which I co-chaired, also issued a similar statement on 21 August.

According to this article and the footage of talk show, on July 18, when Rwanda Television (RTV) aired a talk show on the Liberation of Rwanda, Gen. Kabarebe claimed the following points:

As a former UNHCR staff member who worked both in Rwanda and DRC and currently a researcher, I have been conducting interviews with 100 refugees—both Rwandan and Congolese, including few former RPF officers— exiled in Africa, Europe and North America; for Rwandan refugees, I asked their intention on return to Rwanda. I also interviewed 31 international experts— academics, ICTR lawyers, journalists, NGO workers— on Great Lakes region. Additionally, I initiated screenings of Dr. Mukwege’s film “The Man Who Mends Women” in Japan and coordinated his visit to Japan in 2016 and 2019. Based on this experience as well as literature review, I would like to counter-argue about Gen. Kabarebe’s allegation of the causal relationship between Rwandan refugees’ repatriation and the UN Mapping Report, as well as Dr. Mukwege’s intention. But first, let me clarify Rwandan government’s misleading claims on the Mapping Report.

Rwandan government claimed that the (Draft) Mapping Report neglected two facts among the many: first, the ex-FAR and Interahamwe were engaged in “acts of terrorism, murdering innocent civilians, and attacking Rwanda”; and second, from 1994 to 2003, Rwanda repatriated and reintegrated 3.2 million Hutu refugees from Congo, Burundi, Tanzania and Uganda.[2]

Regarding the first point on ex-FAR and Interahamwe’s action, according to a former RPF intelligence officer’s testimony, in was indeed the RPF that launched a series of false flag attacks in north-western Rwanda in 1996. Additionally, during the 1997–1998 northwest counterinsurgency believed to be conducted by the ex-FAR/Interahamwe, the RPF attacked Mudende refugee camp in western Rwanda twice in 1997, killing at least 300 Congolese Tutsi refugees[3] (few Congolese Tutsi refugees whom I interviewed confirmed this incident). These false flag operations were launched to convince the international community that Hutu rebels were threatening to reignite the genocide, which further justified the RPF’s brutal counterinsurgency campaign against Hutus, and persuaded the US to continue training RPF soldiers.[4]

Regarding the second point of refugees’ repatriation, Rwandan government claimed to have “moved against the ex-FAR and Interahamwe forces in the camps, and in the process, rescued and repatriated 600,000 Rwandan refugees in the course of four days from the Mugunga camp only”.[5] Heightening the propaganda, Rwanda said the operation was “aimed at liberating and repatriating innocent civilian refugees”.[6] This claims were contradictory mainly for two reasons.

First, Rwandan government did not have will to receive refugees, many of whom have categorically refused to return due to their strong fear and trauma of the RPF, the principal actor responsible in mass killings from 1990 onwards. A certain percentage of refugees who returned from Mugunga to Rwanda did so against their will because they had no other choice as the only exit that was unblocked by the rebels was the one that led back to Rwanda.[7] Unfortunately, refugees’ fear of certain death upon return proved to be true. Within days of the first wave of their return from the Congo in end 1996, killings, “disappearances” and arbitrary arrests were reported by Amnesty International.[8] Even in 1997 and afterwards, high number of returnees were reported to be “disappeared” or killed mainly by the RPA; many of these incidents were likely related to the illegal occupation of land and property.

Second, those who chose not to return were mostly the educated, including former politicians, former soldiers, and students, and they fled as far as northwestern DRC and beyond. These elite refugees refused to return because they were aware that the Rwandan government would pose a threat to them in particular. During the refugees’ flight, the RPA systematically hunted down and massacred many refugees, in particular refugee leaders and Congolese civilians who aided and hosted the refugees, in addition to influential Congolese leaders who were perceived by Kagame being unsupportive of Rwanda’s oppression, such as the Archbishop of Bukavu, Monsignor Christophe Munzihirwa.[9]

Thus, it is noteworthy that repatriating physically is one thing, and reintegration in a long term is another. After all, the repatriation to Rwanda has become unsustainable and deadly, leading to more displacement out of the country.

Overall, refugees whom I talked to and who were the victims and witnesses of atrocities by the Rwandan army that invaded in the DRC in 1996-7, have never been misled by the Mapping Report. In contrary, they have strongly supported the findings and recommendations of the Report. Some of the refugees have continued to receive threat from the RPF even today just like Dr. Mukwege has been experiencing. Moreover, since Rwandan army attacked and destroyed Rwandan refugee camps in eastern DRC in end 1996, no single refugee camp exists there, and refugees are supported neither by the UNHCR nor by the NGOs except when refugees repatriate.

Just to recall, the discovery by the UN peacekeepers in late 2005 of three mass graves in eastern DRC led to conducting a mapping exercise in the DRC. When the draft Mapping Report was leaked in August 2010, the Rwandan government, whose troops are accused of some of the most serious crimes documented in the report, reacted angrily. Rwanda threatened to withdraw its peacekeepers out of UN missions if the UN published the report. Soon after, the UN Secretary-General paid an impromptu visit to Rwanda to speak with government officials about their concerns. Although the outcome of this meeting is not known, what is clear is that the UN has not raised this issue even once since the publication of the Mapping Report on 1 October 2010.

Due to the UN’s longtime silence—10 years!—, it is absolutely natural for Dr. Mukwege to repeatedly appeal the international community to follow the recommendations of the Mapping Report—establishment of a mixed chamber—in order to end the impunity. He himself has witnessed atrocities and has treated tens of thousands of victims of sexual terrorism. It is widely known that in the 1990s, the first international tribunals were established to investigate crimes during armed conflict in Yugoslavia and Rwanda. This movement is followed by the establishment of the Special Court for Sierra Leone in 2002 by the UN and Sierra Leone, the Extraordinary Chambers in the Courts of Cambodia in 2006 by the UN and Cambodia, the Special Tribunal for Lebanon in 2007, and Kosovo Specialist Chambers and Specialist Prosecutors Office in 2015. Thus, question remains why the same international community can’t implement the same for the DRC whose conflict is known to be the deadliest worldwide since the end of World War II, having produced more than 6 million death since 1996.

I strongly urge that Rwanda stop intimidating Dr. Mukwege and others, and face honestly and sincerely with the truth and justice in order to bring last longing peace and security in the Great Lakes region.

[1] Masako Yonekawa, Assistant Professor at Tsukuba Gakuin University in Japan, has authored the books, Post-Genocide Rwandan Refugees, Why They Refuse to Return ‘Home’: Myths and Realities, Repatriation, Insecurity, and Peace: A Case Study of Rwandan Refugees, as well as several scholarly articles “The Prolonged and Flawed Nature of Contemporary Conflict and Peace Processes: ‘Spoiler’ Phenomenon in the DR Congo”.

[2] Republic of Rwanda, Ministry of Foreign Affairs and Cooperation, “Official Government of Rwanda Comments on the Draft UN Mapping Report on the DRC”, 30 Sep. 2010, para. 2.

[7] M. B. Umutesi, Surviving the Slaughter: The Ordeal of a Rwandan Refugee in Zaire, Wisconsin, University of Wisconsin Press, 2004, 120.