TEL AVIV — Demonstrations started anew in Tel Aviv, in the beginning of July, after the discovery of three young Israelis' bodies, murdered in the West Bank, followed by that of a Palestinian youth burned alive in East-Jerusalem.

A week ago, hundreds of people gathered to protest against the occupation and air raids over Gaza. The sirens announcing an incoming rocket fired by Hamas were heard – twice – but most of the protesters didn’t move; they watched as the rocket was intercepted – both times – and got back to jeering their slogans. The counter-demonstration held by far right activists, on the 17th of July, 2014

They had good reason for doing so, they were facing a bigger danger than a Hamas rocket; tens of right-wing and far-right wing protesters, proudly displaying their white and blue flags, screaming “Death to Arabs and Leftists”.

While demonstrators were hoping to move the location of the rally, they were chased by rioters and the evening ended with shattered glass and broken chairs. A wounded demonstrator was transferred to the hospital.

Michael Sappir says it is the first time he’s witnessing such a scene in Tel Aviv and feels very worried. This Da’am (worker’s party) activist, anti-occupation, has nonetheless doubled his efforts since the beginning of operation Protective Edge.

“I think the protests and awareness raising actions right now, all coming from outside Knesset mind you, have two main functions. One is to show us each and all that we are not alone, that there are others who oppose this slaughter. And this is important, to keep up morale as a movement. The other function is to remind fellow Israelis that the present crisis is part of the ongoing failure to end the Occupation and bring a just resolution to the harsh situation the Zionists have put the Palestinians in.”

For Yehuda Shaul – one of the founders of the non-profit Breaking the Silence, an organization that gathers ex-soldiers of the Israeli army who oppose the actions of Tsahal in the Occupied Territories – the present situation is distressing.

“Sadly enough, because Gaza is so far away from the hearts and minds of average Israelis, the average Israeli doesn't really care about what we're inflicting on the people of Gaza. And what we have is a military that operates without restraint and almost no debate in our society" explains the veteran who spent two years of his military service in the West Bank.

The numerous rockets fired into Israeli territory only help to reinforce the mainstream tone that is “very loud and very aggressive and very much in line with the official discourse”, he adds.

Michael Sappir, on the other hand, is grateful covered by the Iron Dome system but is also horrified that it enables Israel to go on killing more and more people in Gaza, most of them uninvolved, allowing many Israelis to be mostly safe but still feel victimized.

He adds that this crisis between Hamas and Israel makes people less willing to listen. "But the debate is more vigorous in general”.

He seems satisfied by the number of demonstrators that have come to showcase their disapproval to the decisions taken by Benjamin Netanyahu and his cabinet: “More people than we thought dared to come out with such a harsh public atmosphere – but it's still very few”. Yehuda Shaul, one of the founders of the non-profit Breaking the Silence

The marginalization of the Israeli left, often described as “radical”, poses a real issue when it comes to denouncing the Occupation. “Most Israelis know nothing of the Occupation” states Yehuda Shaul.

He explains that the initial tagline for Breaking the Silence, when it was created in 2004, was “Bringing Hebron to Tel Aviv”. The challenge has been to communicate the stories of what the veterans have seen in the West Bank and the actions they have committed.

Today the non-profit Breaking the Silence is still criticized, but arguably less than others, largely because of its identity.

"I would say that our testimonies have more weight, yes, but does that mean that people open their eyes and ears? Definitely no”, Shaul stated.

To that, Michael Sappir adds: “Normally, Israelis like to make believe there are no Palestinians. In times like these, everybody's talking about them – and this is when the Left has to bring the parts of the picture which the Right and mainstream media leave out.” An anti-Occupation demonstrator, during the July 17th rally. On the placard the words “Jews and Arabs refuse to be enemies” are written

On the 17th of July, Breaking the Silence organized a public reading of testimonials by ex-soldiers in Gaza. A few hours before the event started, Yehuda Shaul hammered the importance of spreading the truth.

When asked if he was concerned by the intentions of right-wing activists to come and disturb the happening, he said he hoped the police would do their job.

The event didn't happen without some clashes. While reading the testimony of a soldier, who had shot the legs of a Gaza child, activist Moriel Rothman was taken to task: “What about the children in Sderot? Traitor!” shouted a few people, who were then quickly evacuated by the police.

Right-wing protesters massed on the other side of the street, separated from the square by a secure "no man’s land" zone patrolled by police officers. Around 23:00 pm, demonstrators decided to disperse, while police forces were still there to protect them. The news hit at that time: Israeli forces were invading Gaza.

Photos by Ariane Kupferman.
This article was first published in French. Translation by Théo Koutsaftis. 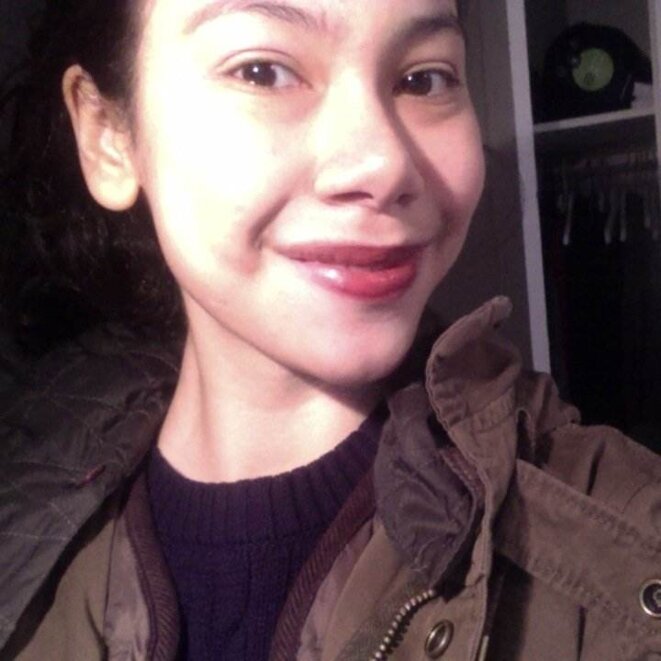