Ebru Ozturk : A Belgian woman at the heart of the Kurdish women revolution

Ebru Ozturk is of Turkish origin with Belgian nationality and a Kurdish heart. Since 2004, Ebru has worked for Diyarbakir town hall situated in the south east of Turkey (North Kurdistan or Bakur as the Kurdish call it). After a quick photo shoot with Frida Khalo, who welcomes visitors to the town hall, Ebru takes us to her office in the International relations department. On the agenda for our meeting: the Kurdish women revolution.

Ebru Ozturk is of Turkish origin with Belgian nationality and a Kurdish heart. Since 2004, Ebru has worked for Diyarbakir town hall situated in the south east of Turkey (North Kurdistan or Bakur as the Kurdish call it). After a quick photo shoot with Frida Khalo, who welcomes visitors to the town hall, Ebru takes us to her office in the International relations department. On the agenda for our meeting: the Kurdish women revolution.

How did a Belgian citizen end up in Diyarbakir town hall ?

The universal story of love. I was born and brought up in Belgium. I also studied there and started my professional career. And then I met my future Kurdish husband who was a political refugee in Sweden. After our marriage, we spent two years in Stockholm and during that time I worked at the Turkish embassy. My husband, who is a lawyer, received a work proposal from Diyarbakir, and we moved out here in 2004 when his civic rights were restored. Between 2004 and 2006 he was a counsellor for Diyarbakir mayor. In the mean time, I started working for the international relations department. For a lot of Turks, the city of Diyarbakir doesn’t have a good reputation. But have most of them ever visited the city ? Of course not, those are just prejudices. The city does not deserve such a bad reputation. One needs to come and live here to discover what this mysterious, mystic and fabulous city has to offer. 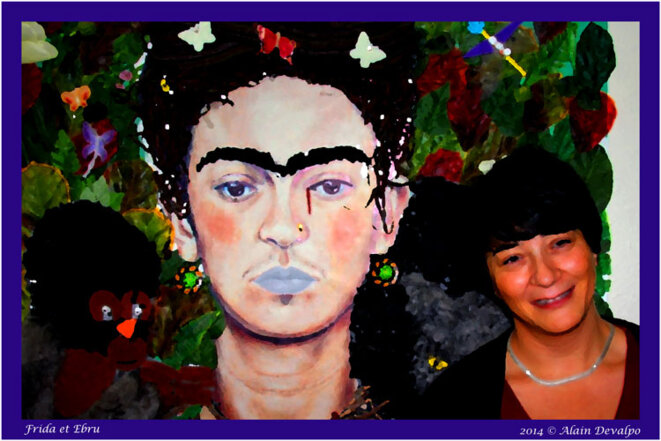 Is it a problem at work to be of Turkish origin ?

Absolutely not. Kurds are open minded. When I arrived I was frequently asked why I didn’t speak Kurdish. I use to reply that I was from Turkish origin but that my husband was Kurdish. Then they would reply « you are our daughter in law ». They’ve open their arms and welcomed me. Unfortunately, my family, originally from Afyon in Anatolie, has not behaved in the same way towards my husband. He has not been welcomed because he is Kurdish.

Can you tell us about this Town hall, which is said to be a model for the political project of the Kurdish movement?

The city of Diyarbakir is of a symbolic importance for the Kurdish people. Like in all the Town halls won by the BDP (the party for Peace and Democracy), this movement backs equality for all minorities, no matter what your ethnic, religious or cultural background. Abdullah Ocalan, leader of the PKK, said « a society can only be free when its women are free ». Many among the Kurdish society agree with this maxim. Since 1990 there have been groups that fight for women emancipation. Women in the PKK party have taken up arms ; and many more legal women movements that have multiplied in the civil society. This is something you don’t see in the west part of the country. This movement exists in many small villages and in many families, where women have a real place. This is what we call the Kurdish women revolution.

Do you have examples of concrete changes ?

In the Town halls won by the BDP, there is a system of co-mayor, a man and a woman are both elected to run the city. This ensures man/woman parity and ensures that women are always consulted for any decision. There is a need for a woman angle on urbanism, common space, social or sport activities. In Turkey, there is a need for a woman touch on those technical and political decisions. 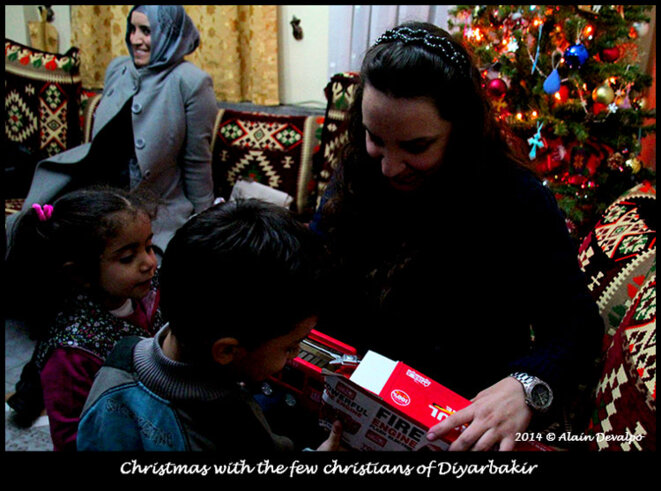 What about daily life ? Do many women wear a veil ?

Wearing the veil doesn’t go against woman emancipation. The Kurdish women who wear it, and do so out of custom and habit. When demonstrations are organised, women are now always present and on the front row. They are no longer at the back of the demonstration or only represented by men. They are also often the first one to demonstrate against the government. Among the family circle, they no longer hesitate to express their views - and their disagreement. Before, they used to accept their husband decision without discussion. This movement goes beyond the feminist movement we know in Europe. The Kurdish movement has created the notion of « gyneology ». Gyneology, is the history of women looking at the evolution of its status among different cultures. Among other things it encompass studying feminism. At the start there were a lot of resistance, but all men that subscribe to the Kurdish movement have to abide by this notion. Bit by bit, patriarchal tradition is disappearing.

What about the other regions of Kurdistan

In Syria, the same thoughts are shared. I have discussed them with the president of the Rojova district. She explained that an equality constitution had been agreed. Everyone is now on the same level and this no matter which sex, ideas, ethnical, religious, or cultural group you belong to. Men and women are 50/50. In addition, having more autonomy in Syria, they are ahead of us. In Iran, the Kurdish situation is very different.

How do foreign visitors react when they see what is happening ?

Visitors are often surprised by the level of women emancipation and the importance of the roles we play here in the north of Kurdistan. To give you an example, not long ago we went to an international conference in Adana. We met a woman who participated in the write up of the European chart for sex equality at communal and regional level. We told her that the municipal council for Diyarbakir had devolved power to the mayor Mrs Gultan Kisanak to sign this charter. We also suggested that all BDP mayors should sign it. She was astonished to hear what we were offering and asked to be present for the signature ceremony. It is always a surprise for European to see so many women in power in the south east of Turkey, close to the borders with Iraq and Syria. With what is happening in Kobane, Europeans are now more interested with what is happening in the region. They are discovering this army of women that is fighting against extremism. But the start of all of this goes back to 1980 when the PKK was created. The fight is mainly pacifist and is a legal battle.

Do you regret having ever moved to Diyarbakir ?

For me, although brought up as a European, the integration happened without difficulties. I realised that my Western education was backward when it came to the question of women. I have actually gone through a training course in Gyneology. I didn’t know much about women's history. I was thinking like a Westerner. In Europe, our brain is used to a feminism model dictated by systems such as fashion. What sort of criteria are those ? Those criteria are grounded in capitalism and transform women into  merchandise. In addition it is a masculine capitalism. I have found my place among the Kurdish. I have flourished as a woman since arriving in Diyarbakir.

The daily life of Kurdish women is complex and varied. Ebru’s testimony is based on 10 years spent living in the Kurdistan of Turkey. Ebru is a militant. It is not a broad analysis. But one needs to note that the political discourse of the Kurdish movement affiliated to the PKK with regards to women is very different from what Turkey's President Erdogan asserts regularly in public : « Women are not equal to men ». 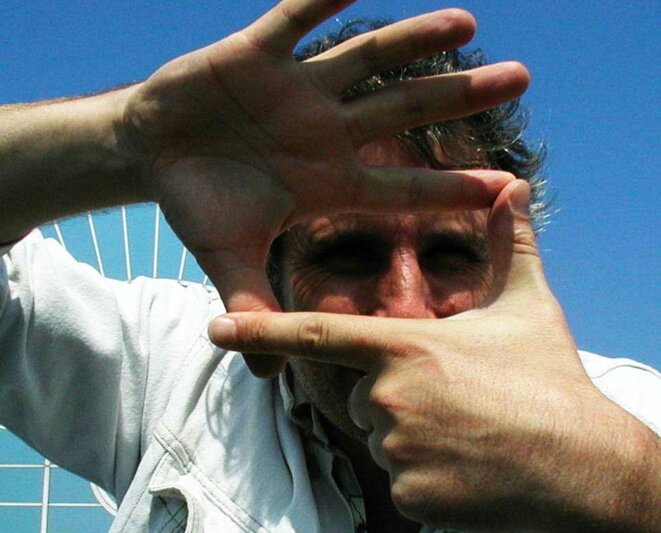