UN awards : the club of tyrants

When the sensational terrorism is sold on glossy paper, as well as on cold screens populating the City,

When corruption, financial secrecy and organized crime are preventing the difficult exercise of democracy,

When dictatorships have the wind in its sails, when they live through financial supports and weapons that provides them,

When indoctrination, obscurantism and identity sectarian abuse, seem to have no cure,

Then a question comes, what is going on with the UN?

The United Nations is composed of officials and independent experts who participate in the careful and complex preparation (for having to take account of diverging interests) of the various texts forming a body of law, often misunderstood and / or regarded as ineffective. Have a consensual rule by graving it in the marble of a Charter, is nonetheless the basis of development, if we consider the history. Ideas, once written on paper, form a basis which aims to have a concrete application. Thus international law has built after the Second World War. The ideas on which the UN was created are unprecedented in history: the maintenance of world peace organized by the limited use of force, the disarmament, the democracy, the fight against organized crime and corruption and that, through the recognition of specific human rights from the Enlightenment. A progressive philosophy respect of the world reality.

It also seems appropriate, past the introduction and this first development, to remember that this organization is not an autonomous structure. It is based on the will of States, in the exercise of their independence and national sovereignty. In other words, any UN advanced depends primarily on the political will of the States that are members and any ineffectiveness of the UN action related to the non-application of the law, is the result of the failure of some States. In a dictatorship or authoritarian regime, it is not difficult to know which advocates policy. This is the regime apparatus, the clan, but also its foreign accomplices. In a democracy, the political position of the State is more complex because it is the result of various trends. Traditionally, in the US and European Union, it is the most conservative parties, rather nationalists and separatists, who have always campaigned against the UN law. The JBS, the libertarians, the supremacists, many Republicans but also in France, political figures of the right wing such as de Villiers, Le Pen and the conspiracy sphere.

Such disregard for international law is a shame, if we consider in particular the challenges posed by the crisis in the Middle East but also in many African countries. Such a situation seems damaging to peace, democracy and human rights. Without doubt it is useful to recall that before the illegal US intervention in Iraq, the alleged Islamist State did not exist on this territory (after occupied by Blackwater, a US private contractor), and that between 2011 (beginning of the Syrian uprising) and 2014 (year of ISIS in Syria), this organization did not exist on the territory of the military regime of Bashar, which controls its borders through intelligence and aviation. Maybe we can also say that Bashar prefers to attack children with chemical weapons rather than fight ISIS, that he prefers to repress its people rather than fight indoctrinated mercenaries, that he cannot/does not want to solve the conflict (denying a NATO intervention against ISIS) and that Putin's Russia prevents (with its veto) any armed intervention under a UN mandate.

Actually, most media ignore or flout those facts. It is certainly more interesting to sell sensationalism and pathos with “head-cutters” or to satisfy the political views of shareholders and advertisers who do not feel concerned by the problem of terrorism and crime organized. In this context, it is necessary to observe what are the States, within the UN, which are working to prevent the development and application of the law. The result is full of meaning and, in fact, little surprising. So this post is intended to provide an overview of the major themes and related UN conventions, highlighting the most recalcitrant States to international law, which cluster around the idea "anti-UN". Among these States, we find the two biggest exporters in weapons (USA, Russia), theocracies, military dictatorships, authoritarian regimes and tax havens.

It is also appropriate, when the European Union seems offend certain consciences and to confront the realities of its economic and financial policy (strongly criticized), to salute the exemplarity of EU Member States, which have signed and ratified most of the founding texts and conventions, which also voted most resolutions of the United Nations General Assembly and the Economic and social Council. France, Germany and United Kingdom (the other 3 major producers of weapons) were almost the best students, which suggests that lobbying armaments is not as powerful in these States. In France, production and sales are made in industrial-military framework relatively controlled through the participation of the State in the capital. The opposite process has been planned in the United States, with the frequent use of subcontractors for security and intelligence.

States not signatories: Syria and Iran

Protocol to Prevent, Suppress and Punish Trafficking in Persons, especially Women and Children (2000)

Ratified by Qatar and the United Arab Emirates in 2009 only

Protocol for the Manufacture and Illicit Trafficking in Firearms, Their Parts and Components and Ammunition (2001)

Signed but not ratified by the US, Israel, Lebanon, UAE

The Convention on Consent to Marriage, Minimum Age for Marriage and Registration of Marriages (1962)

Ratified by a tiny minority of states

Israel and the US have signed but not ratified

Convention on the Political Rights of Women (1957)

Ratified by a large majority of States

Convention for the Protection of All Persons against Enforced Disappearance (2006)

Ratified by a large majority of state

As recalled by the UN, the fight against terrorism means fighting against the opaque transactions, corruption and arms trade. And this struggle also involves the recognition of the Justice and Human Rights (http://www.unodc.org/documents/terrorism/Publications/Module_on_Human_Rights/Module_HR_and_CJ_responses_to_terrorism_ebook.pdf). In this regard, it must issue a very special award to the major countries involved in the fruitful "war" against terrorism (US, Israel, Russia, Syria, Iran, Egypt, Saudi Arabia, UAE, etc.) which, paradoxically, lost interest in the UN and sclerosed the fight against terrorism. It should also congratulate the Holy See for his humanist commitment for the defense of Human Rights alongside rogue States, authoritarian regimes and theocracies not really "catholic". Congratulations to them. ISIS certainly thanks them and history will not forget. Maybe one day we will make a movie... 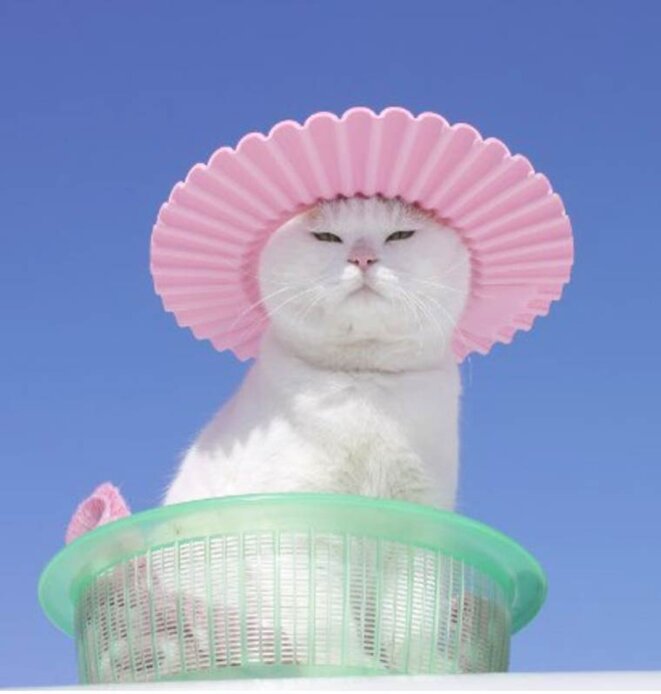