But are all of those drugs manufactured overseas really the same?

When CBS News' Anna Werner met Cedric Brown, he was in the hospital for a foot infection – a big improvement from seven years prior when his heart failed and he underwent a transplant. The operation was a success, but months later Brown's condition deteriorated, and he went back to the Cleveland Clinic, where Dr. Randall Starling found Brown's body was rejecting his new heart. Starling discovered that the brand-name anti-rejection drug Brown had been taking, called Prograf, had been switched for a generic manufactured in India.

When Starling looks at the bottle, he "immediately" has questions because that particular drug is on a list of generic medications his hospital tries to avoid prescribing to its patients. The FDA said "a generic medicine is the same as a brand-name medicine in dosage, safety … and quality." But experts at the Cleveland Clinic have determined some generics aren't a close-enough match for their comfort – that even a small variance in the drug may pose serious risks for some patients.

"In a given patient that's high-risk for rejection, there may be no leeway whatsoever," Starling said.

Brown said as soon as he switched back to the brand-name drug, things got much better. But what he went through is a window into a larger problem, according to investigative journalist Katherine Eban, who said she's been looking into this issue for the past five years.

Eban is the author of a book called "Bottle Of Lies." She said that the problem is that the U.S. relies on information submitted by drugmakers in order to approve their generic medications, but some overseas manufacturers aren't being honest.

"There are many companies in the industry that are falsifying their data," Eban said. "Straight out fraud."

The first major fraud case came to light 14 years ago, involving Indian generic manufacturer Ranbaxy. The company paid a half-billion-dollar penalty as part of a 2013 settlement for selling "adulterated drugs" and making "fraudulent statements to the FDA." Former Ranbaxy executive Dinesh Thakur was the whistleblower on the case. He said Ranbaxy isn't alone.

Asked if they are the poster child for how bad things can get, he said, "I wish I could say that. I've seen similar behavior in other companies since 2013."

Eban said a major part of the problem is the FDA's efforts to regulate overseas drug production.

"Our entire drug supply has changed," Eban said. "Now these drugs are overseas and the FDA is forced to be a global agency. So the question is, is it up to the task or not?"

"And how well is that going for them did you find?" Werner asked.

She said that, while FDA inspectors in the U.S. often show up at plants unannounced – overseas, companies are frequently warned weeks in advance that inspectors are coming.

"These inspections that are taking place overseas are essentially staged inspections," Eban said. "They're staged by the companies."

The FDA told CBS News in a statement that it "inspects all brand-name and generic manufacturing facilities around the world" and said it's "conducted a number of unannounced inspections at foreign" plants when the agency has "information from a whistleblower or when the FDA is investigating a drug safety issue." But a former FDA investigator told CBS News when he and others dug deeper into the records at those companies, they found serious problems including fraud.

Reports he and other inspectors filed show they found numerous generic drugmakers falsifying records, covering up manufacturing problems and attempting to hide poor test results. Because of what he said they found, he "would question the safety and efficacy of those drugs."

The FDA said it's "modernized" its "policies" in recent years and that "Americans can be confident in the quality of the products the FDA approves." But those inspection reports came as unwelcome news to Dr. Starling.

"My initial reaction is anger," he said. "To falsify information … to manufacture and make a profit on a drug is just unconscionable to believe that that could happen."

The group that represents generic drugmakers disagrees. It said the industry is contributing hundreds of millions of dollars to help the FDA increase the frequency of inspections. And it notes, "if there are issues going undetected by the FDA there would be severe health issues in this country."

One of the problems here is the lack of public information if you're curious about where your medication is coming from. You can ask your pharmacist which company made your generic medication, but you'll have to do some research to figure out whether that company has ever had to recall products or has been found to have manufacturing issues. And it's difficult – if not impossible – to find out where the companies actually make each drug. The FDA says that's considered "confidential information" under federal law.

"Protecting patients is the highest priority of the FDA, and Americans can be confident in the quality of the products the FDA approves. Our standards require that brand-name and generic medications have the same intended use and perform the same way in the human body, and we take multiple steps to ensure that generics are just as safe and effective as their brand-name counterparts. Whether a drug is made in the U.S. or overseas, manufacturers must undergo the same, rigorous application process, and the information must be fully reviewed by our highly-trained scientific staff. The FDA inspects all brandname and generic manufacturing facilities around the world, which manufacture product for the U.S. market, to confirm they meet FDA's requirements for manufacturing process. As drug manufacturing has globalized over the years, we have modernized our policies to ensure that companies – regardless of where they are located –meet the FDA's strict standards for producing medicines for U.S. patients that are high quality, safe and effective. The FDA's global inspection efforts focus on higher risk facilities to prevent, uncover and combat data integrity issues and manufacturing problems. Using a risk-based site selection surveillance inspection model, we prioritize domestic and foreign inspections based on multiple factors carefully selected to appropriately target our resources. Over the past several years, we have conducted a number of unannounced inspections at foreign manufacturing facilities – a critical approach when we have information from a whistleblower or when the FDA is investigating a drug safety issue. We also monitor reports from industry, patients, and healthcare providers to identify and resolve potential quality problems. We will remain vigilant in addressing potential issues in the global drug supply chain, in order to make sure Americans have confidence in the safety and quality of their medicines." 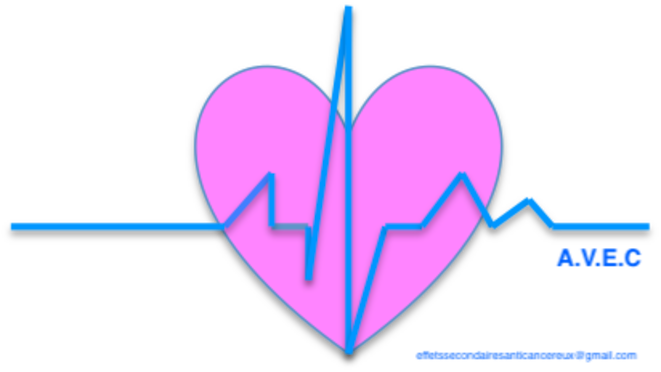