At the time of 195 leaders have just found an agreement on climate issues in Paris, the planet has fever. Meanwhile, the best hope for Earth to cool down – the Arctic – is dramatically melting. Indeed, at the time of biggest fossil fuel companies were invited at COP21’s table, pushing for a climate deal in their own favour in Paris, a nonviolent civil resistance has begun to save the Earth.

Few human beings belong to this land surrounded by a treeless ground ice. Its ocean is the smallest one in the entire world. From November to February it is submerged by eternal darkness. The Arctic is the wider and icier nature with only one equal, the Antarctic.But the Arctic is not just a very far away icy area. This is also a regulator of ocean level and global temperature of the Earth. It has a huge impact on climate change. Nowadays, the planet and every human being are facing one of the most challenging issues ever. In the near future, humanity will face famine, massive migrations, soil impoverishment and lack of drinking water as a result of global warming. Environmental activists are dramatically aware of that. “I’m standing up here today because my life and also life of all species including human beings are in danger,” says Fi Radford, a Greenpeace activist, especially dressed up as a polar bear for the Climate March in Bristol, the 2015 European Green Capital. Another issue persists: the biggest fossil fuel companies were invited at the negotiating table of COP 21[1] – the UN Talks in Paris – lobbying actively against a powerful climate deal. Environmental activists are also aware of that. “The big problem is that oil companies have powerful lobbies and they are actually in the meeting room of the COP21, we’re outside” says Fi.

Meanwhile, the Arctic – which is essential as it reflects the rays of the sun away from the Earth – has already lost 45% of its surface since 1979[2]. Besides, the permafrost – huge glacier crust, which covers ten millions km2 all over the Arctic, confines the equivalent of seventy years of carbon emissions. Liberate it would be similar to a climatic bomb. But the biggest oil companies – Shell, Total, BP or Exon Mobil as instance – do not see it in that way. They have started two very controversial oil and gas extraction technics: Fracking and offshore drilling. As companies have to drill thousands feet under earth crust – or under sea level to extract the precious oil and gas – these technics are very challenging and not very mastered. The USA as instance has already faced many problems of oil spills, water and air pollution, problems in marine and land wildlife causing imbalances in the ecosystem.

In that context, environmental activists have been standing up. Their response? Non-violent actions, indeed. But are they really effective then? Shell, for instance, abandoned the exploration in the Chukchi Sea last September not just thanks to the worldwide campaign “Save the Arctic” but mostly because they did not find any oil at the end.“I’ll give lot of credit to Greenpeace as having sound the alarm of Arctic wild regarding the offshore drilling. They’ve done a great job as nonviolent protest but the reason that Shell pulled out it is because they didn’t find any oil,” says Richard Steiner, specialist and consultant on oil and environmental issues. Climate-friendly activists declare victory though[3].

At the time of big oil companies participated in weakening climate policy making process, what sort of effective nonviolent tactics activists use for ending unconventional oil and gas extraction and then, save the planet?

The nonviolent resistance: an efficient option?

The Alaska has been in the limelight since the beginning of the campaign “Save the Arctic”. More than an environmental issue, it has highlighted a democracy issue raising the problem of lobbying within institutions. The relation between an administration and fossil fuel companies has been pointed and the protest began. Indeed, despite Obama’s promises during his campaign, the US has had more unconventional oil and gas explorations and extractions since 2008.

“Obama came in Alaska couple of months ago to make a deal about climate change but unfortunately his actions didn’t really match is words. In 2008, during his campaign he already said he will end the tyranny of oil but over his administration US oil production has increased consistently and now US is producing more oil, far more than in 2008 when he took the office and a lot are fracking and they built several of ten thousands miles of pipelines around the USA,” Richard Steiner says. “So this is the reason why I believe there is strong oil industry pressure within and on the administration.”

In that context, knowing the pressure points is vital. People power[4] is one of them.  “The pressure on government is essential but it depends about people you get behind,” says Fi from Greenpeace. “The most important thing is to create a power balance, time is always on our side environmentally speaking, as everything is going on badly, more time you have more people realise the urgency of the climate change,” explains Xavier Renou, founder of the French group The Disobedient.

Creativity and demonstrations: the more the merrier

Both governments and companies see non-civil resistance as a threat. Indeed, the first ones depend on their population for their source of power and the second ones want to keep their reputation clean and tidy. Then, one of the pressure points is right here: civil resistance raises drastically the political and social costs for these governments. And, indeed, it is more successful than violent campaigns. Nonviolent actions have a participation advantage[5]: “Millions of people, individuals, human beings getting out on the street like we have today despite this horrible weather is so powerful.” Fi explains during the Climate March last November the 29th. Nowadays, activists have to be creative to touch as many people as they need to grab the collective awareness. “I’m going to Paris, I want to be there, at the end of this meeting. I know we’re not supposed demonstrate but we’ll find something creative and nonviolent to do,” Fi says. Nowadays, creativity gives sense to traditional actions and grabs the attention.  Nonviolent activists know it better than everyone else.

At the time of governments and oil companies were discussing, thousands of shoes had been remained on the street in Paris for the Climate march last 29th November. Meanwhile, at the Tate Britain, nonviolent artists had tattooed each other a number which represent the amount per million of carbon dioxide in the air in the birth year of each person to stand up against BP[6]. More than that, Aurora a giant polar bear – walking around London during a march for the Arctic in 2013 – has been very famous for representing endangered polar bears[7]. Even this website where activist can launch a boycott campaign against the biggest oil industries and be supported by thousands people[8].

Why is it effective? To re-invent nonviolent actions has the same impact than the traditional ones: they are sanctions. They are “methods capable of bringing pressure to bear against even the most ruthless opponents by mobilizing social, economic and political power”[9].Nowadays, creativity is a nonviolent way to gather people and raise impact on decision-making and also, on reputation of these big fossil fuel companies.

The Arctic became the emblem of an environmental nonviolence resistance across the world against fossil fuel companies and gave a wonderful weapon to activist: undermine both companies and government’s reputation. Avaaz as instance – a petitions website – has just launched a petition called “Wanted for destroying our future #climatecriminels,”[10]. Targeted sanctions allow activists to “maximise leverage over their adversaries”[11]. The ability of the campaign to impose costs to the opponent is crucial. “One of our methods is to attack the reputation of our opponent but some of them do not care about that. So, in that case, we try to waste their time or make sure they loose money,” explain Xavier from the Disobedient.

Indeed, what is more important than time and money? A powerful nonviolent resistance is able to “produce divisions among elites” – and then increase the chances of success[12].“A situation of solidarity has to be fine to get an effective disobedience,” says Xavier. Divest-Invest is a new web platform where institutions and people are invited to pull out their money from fossil fuel industries. According to the Guardian[13], 2 000 people and 400 institutions are already committed to pull their money out from those companies, representing $2.6 trillion in total. The World Bank has already warned the financial cost of this massive climate action on fossil fuel investments and the G20 examines its impact on the global economy. “In fact, you need to find their weakness,” concludes Xavier.

The Arctic, this very far away and icy land is under threat, definitely. Scientifics agree that its fossil fuel reserves have to remain in the ground to keep global warming under the limit of 2°Celsius[14]. Environmental activists know that dramatically but what they are aware of too is that nonviolent resistance have to be able to adapt and innovate to be the smartest option to achieve fundamental political change. Creativity, powerful ideas, targeting the issue and weakening the opponents are as important as raising and unifying massive civil society participation[15]. Indeed, nonviolent resistance is the best ally democracies can have.

[10] Avaaz, 2015. Wanted for destroying our future #climatecriminals. [Online]. Available at 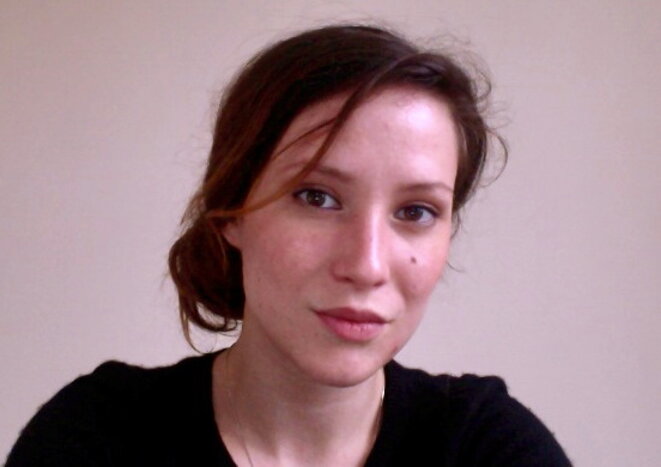