A new beginning without fear.

Let’s build a great project for change - an international movement that will block populist tendencies and bring on a future where reforms are enlightened, not regressive.

The Brexit, the global rise of populist forces in Europe and the election of Donald Trump all underline the need for an alternative.

The current trajectory brings to mind an Italian saying, in the form of an epitaph: "stavo bene, per stare meglio qui giaccio" (I was fine, but here I resteth, to get better).

The situation in which we find ourselves all over the world is fast reaching the point of no return. The arrogance of the establishment is driving us to political choices that are ‘alternative’ only in appearance.

The clues are there in our old continent - in our democracies made fragile by politicians who have forgotten their role, as elected representatives of the people. We have chosen to represent only fear, and to forget the hope of progress.

As in the title of the recent book by Yanis Varoufakis, it is indeed the weak who will continue to pay.

The recent victory of Trump is a symbol of this tendency to fight the wrong battles.

Hillary Clinton was chosen by the Democratic party machine via the ‘TINA principal’ (There Is No Alternative) to face off against the billionaire caricature.

It’s the same strategy for the French Socialist Party, which continues to call for left-wing unity, but without any coherent program. The wariness of the Hollande Government is responsible, once again, for having increased the gap between ordinary citizen and the politicians.

Can we only now imagine an alternative, where the US President could have been Bernie Sanders, and where progressive forces could create a different future for our planet like an uchronia, an alternate history ?

No! - another reality is possible, we need the courage to resist all forms of oppression.

We need the force of ideas! Let’s not be imposed by an agenda anymore - let’s create our own!

Let’s build a great project for change - an international movement that will block populist tendencies and bring on a future where reforms are enlightened, not regressive.

We don’t want an ‘Oliver Twist-Uber’  style society but this is the model supported by the Trumps and the Le Pens of this world. They’re not rebels, but another dangerous and covert form of oppression, and a danger to the values of community life.

DiEM25 is working to build a feasible and much-needed alternative.

I’ve a sense of urgency - we must find the means of engagement and give a voice to those who have remained distant and stayed silent.

“Silence can be either protest or consent, but most times it’s fear” says Paul Beatty in ‘The Sellout’, his latest work.

A fresh start is needed without fear.

Fear is the key to the crisis, of the interregnum that Gramsci describes so clearly, and which has led to the birth of the monsters that we see in politics today.

Interregnums are dangerous — and doubly morbid if unaccompanied by a readiness to think anew about these changing power structures.

It’s the society of ‘fear against fear’ that we now have to combat.

The sentiments of fear described above combine with a gradual lack of trust in the political system, which is regarded as more and more detached from people’s lives.

It’s time to choose our future - to call for a citizenship against fear. This citizenship which is the foundation of democracy - the concept that a country only functions when we accept certain duties to one another, and to future generations.

European populism has already caused significant damage, and threatens to accelerate the ongoing fragmentation of the EU.

To think that our national borders will save us, and that we’re better and more important than ‘all the others’, is dangerous - all the more so when the left flirts with this concept, giving it an unwelcome legitimacy.

The hardening of European borders to confront the fear of refugees, and the plan for the Mexican wall are both the result of reticence of progressives, who have not raised their voices loud enough against the rise of the worst hatreds, and of xenophobia.

Respect for the planet is also the big loser of this US Presidential Election.

We need to leave this world in a healthy and habitable state for our children and our future generations.

We know how little time we now have to make changes to our society. The future negative impact from climate change to the ‘make-do’ economy will be far more significant than making the required investment to reduce the effects of global warming. Investment now will strengthen the long-term economy, and yet Trump has proposed exactly the opposite. It will be our duty in Europe to weigh against this effect.

By opposing hate with truth and hope, DiEM25 is for me a magnificent opportunity for debate and for demonstration, a space to think and to act, a platform from which to lead these fights for the future.

To have a vision without action is only to describe a dream.

Action without a vision builds nothing permanent.

But to have a vision combined with actions can change the world.

Let’s occupy! Let’s occupy the political space that we can no longer cede to the present hierarchies, and those who would scare the people from taking their place.

Let’s occupy! Let’s occupy the public squares with all those who are fighting for progress.

Let’s occupy! Let’s occupy the emptiness that deception and disillusion have created, with a powerful movement against austerity.

It’s time for us Europeans to join forces with American progressives, and others from all corners of the globe, to repair the damage and prevent a retreat to identity politics and nationalism which would drive us to disaster.

The change must be international, or it will not happen at all. 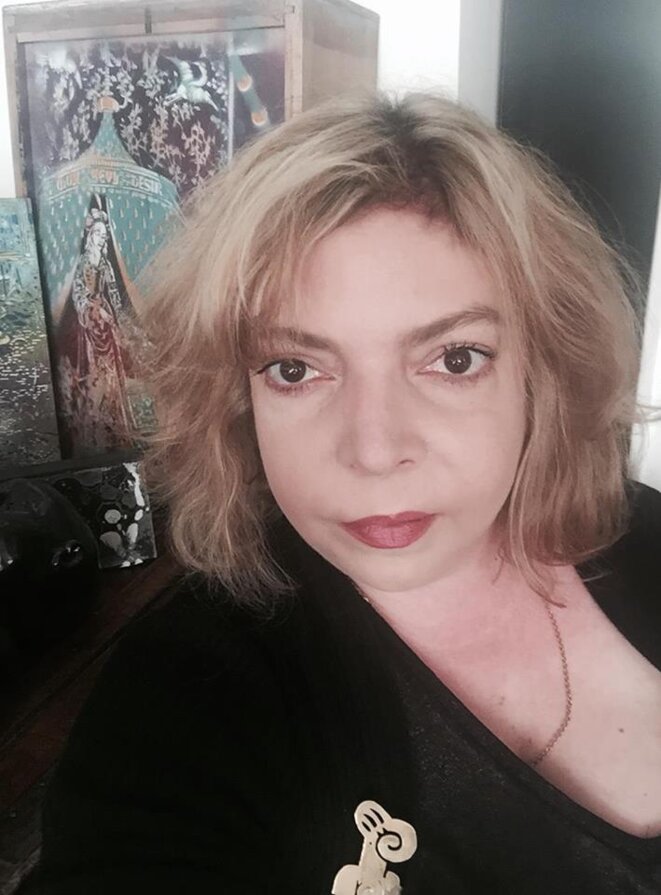 I'm devoted to Art, I Love Theatre, Movies, I have a passion for reading and writing. I still think the world can be changed
Paris/Rome