Tariq Ramadan case: Prison is better for me by Dr.Taha Kouzzi

If we were to hear this flash of information in the media, we would certainly think that this was happening in an Arab dictatorship or a police state. It would be understood that the nature of detention is motivated certainly by a political interest. But what a surprise to learn that country implicated in this is France and that the prisoner is Tariq Ramadan. 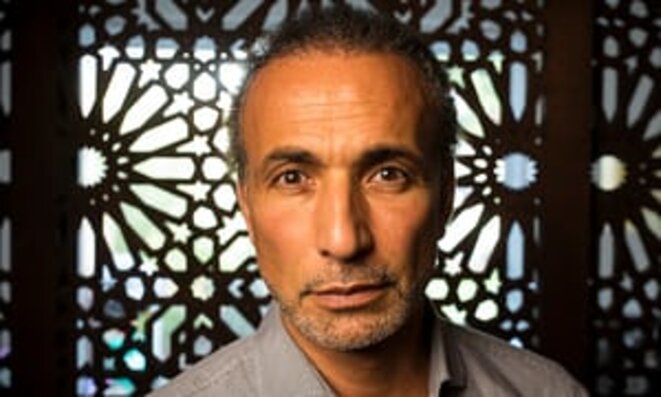 "He is deteriorating in his cell without trial and before any legal procedure while suffering with a serious illness for more than two years, deprived of all family contact. His health worsens markedly without access to care".

If we were to hear this flash of information in the media, we would certainly think that this was happening in an Arab dictatorship or a police state. It would be understood that the nature of detention is motivated certainly by a political interest.

But what a surprise to learn that country implicated in this is France and that the prisoner is Tariq Ramadan.

At the time of writing, we are no longer speaking of an alleged rape case whether it is based on a legal point of view or not, true or false.

No, what we are faced with is an ideological and media affair whose legality is cleverly orchestrated expressing the vengeance of a state vis-à-vis a man whose name is Tariq Ramadan.

There is a clear desire to stifle an intellectual project and assassinate an embryonic will called the Muslim presence in the West.

Tariq Ramadan is not just a person, it is a stream of thought and a banner, of a distinct Muslim presence in its western context.

1.Push by all means Tariq Ramadan to his psychological collapse and break his emotional and mental abilities.

2. The second objective is even more serious, it aims to radicalize all those who have imbibed his thoughts through his intellectual production, his training, debates and interviews and who have forged in his wake a new consciousness. It is about pushing them towards violence and bringing them into the swamps of hatred and hatred of all things Western.

If this happens, the instigators of this scheme would have managed their bet well.

There is no fear for Professor Tariq Ramadan, he knows the price to be paid for the path he has taken for the last thirty years.

The biggest challenge is that these French-European women and men who gravitate around Tariq Ramadan’s thought manage to master their emotions by framing this with the light and intelligence of their faith.

French secularism, on the other hand is obstinate, it requires Muslims to make a choice and position themselves according to the following binary categories:

1. To be faithfully Muslim, attached to their religion but with limited horizons and victimhood, living in cultural and urban ghettos totally closed to the Other to preserve their faith of modernism, alienation, racism and secularism.

2. Or make the choice to become disintegrated Muslims, carried away by modernism, consumerism and ambient individualism wishing only to be accepted by the vast majority of French society.

French secularism wants Muslims knocking at its doors in the face of these two binary choices: sacrifice their religion and faith to "adapt" or be “emancipated” with “progressive” values where they must sacrifice their European identity and Western culture because their Islam is perceived as mortal for its democratic values, humanistic values, etc.

This cabal has a simplistic vision

However, Tariq Ramadan with his companions reject this postulate of abstraction and hate of this soft religious discrimination.

They argue that one can be perfectly European without giving up one's faith (their Islam) and defend the idea that one can be a faithful Muslim without renouncing one's European identity or one's Western language. A reconciliation between heaven and earth.

This position defended by the Tariq Ramadan movement is attacked shamelessly by his enemies with accusations of "double talk".

They are animated in this cabal by a simplistic and simplifying vision, fragmented, oriented by their postulate: choose either the church or Caesar.

Cross this storm together with confidence

What is saddening in what we read and hear on the margins of this accusation and detention: these few Muslims who revel in this accusation which for the moment has not been corroborated evidence.

We see tweets of joy, threats and hatred expressed against him. They are happy to see their brother crucified, his honor flouted by a whole pack.

Such a complicated and sensitive matter like this should not be debated without a real discernment of what is at stake.

This calls for the consideration of global principles, of objective criteria with a coherent approach in order to guarantee security in these critical moments.

We all need to be able to cross this storm together with confidence.

Let's be vigilant in educating our hearts

That is why we must be vigilant in educating our hearts to the truth and mastering our nafs in order to discern the true from the false with lucidity.

First: Every human being has the right to a fair trial, the assertion of a charge without tangible physical evidence is a crime against each person.

Secondly, to venture to attack the honor of any person without obvious evidence leads the person who systematically makes it to eternal hell, whether it comes from a preacher or a journalist. The judgment of Allah is fair and without distinction, no one escapes the implacable justice of Allah.

Third: This furious media propaganda also aims to force reasonable and balanced people to distance themselves  from intellectual and religious references.

The greatest jihad in these circumstances is to hold firmly to the truth, to respond effectively through legal means, through intellectual production without falling into emotional reactions.

Fourth: The objective of this attack is for Western Muslims to abandon their religion and question their faith.

They are attacked from within to divide them into groups and smaller groups, and sow discord between them to spread hatred so that they devour each other.

We call on them to unite as one heart regardless of the ordeal and the obstacles they cross.

Fifth: What we are seeing today is that justice no longer has any real protective force, the law is flouted and is naked and defenseless to the interests of each other.

Only the Almighty, Lord of the worlds is the real guarantor.

We must sincerely turn to Allah with our invocations so that His will triumphs, so that the truth may be revealed in and manifest after having tested His faithful servants.