A new law is scheduled to take away the independence of the Hungarian Academy of scientists. The aim is to get further EU money into the government's and its friends' hands.

This is a petition issued by civil activists against the new regulation, the petition can be signed here. Please find here a list of organizations which have already signed the petition. 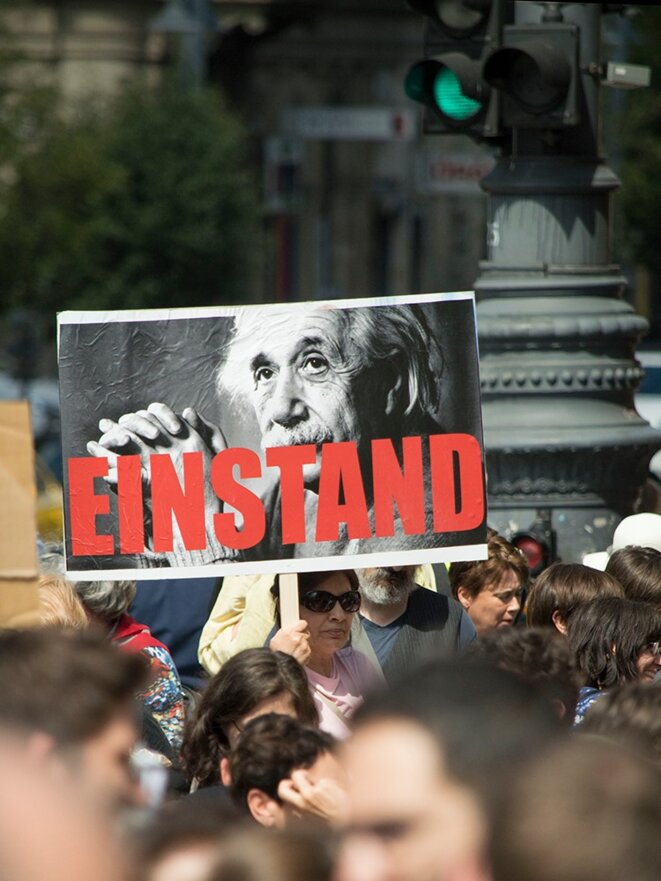 Civilians for the Freedom of Science

We, the undersigned civil society organisations working in the Civilisation Coalition, stand up for the freedom of research guaranteed by the Fundamental Law, and express our solidarity with researchers and organisations opposing the Government’s plans for the operation and financing of the Hungarian Academy of Sciences.

The development and even the survival of a democratic society requires scientific research that is independent of political influence, as well as a diverse and prosperous civil society. Scientific results and information provide the basis for making decisions that are in the interest of all of us, for creating strategies and directions for progress. This is especially important today, when divisions are widening in our society and extremist ideas and news without scientific foundations is spreading. Meanwhile, our environment is threatened by the consequences of climate change and species loss, even in the very short term. As civil organisations, we also rely on the work of researchers every day, be they social or natural scientists.

The amendment of the law that the Ministry of Information and Technology intends to submit would deprive the Hungarian academic sector of its independence. However, science may only be pursued under predictable conditions, freely and subject to the self-management of the research community. We support this as civilians, and we expect others to join us.

We, the undersigned civil society organisations, demand the immediate withdrawal of the bill and respect for the independence of the Academy and the freedom of research.

Please find the speech made by László Lovász, President of the Hungarian Academy of Sciences (MTA) at the demonstration on 2 June, 2019.

Several thousand demonstrators arrived at the Palace of the Academy just before 5 p.m. on Sunday, 2 June. The rally, organised by the Forum of Academic Workers (ADF), adopted the slogan “Freedom for science! Freedom for the Academy!” The message of the President of MTA, László Lovász, was read out to the participants. The full text of the message is published below.

My dear Fellow Researchers, our Friends and Supporters,

The past year has been one of the most difficult ones in the history of the Hungarian Academy of Sciences, founded in 1825. We do not yet know the end of the story. We still do not know whether the Academy’s fight for the autonomy of science will prove to be successful.

I still hope decision makers will not only hear but also consider the arguments of the academicians, the most excellent young researchers from the Lendület (Momentum) groups, the employees of MTA, the overwhelming majority of the Hungarian scientific community and Hungarian and international supporters of Hungarian science.

We must not give up negotiating. We must not lose sight of our main objective: that the researchers of our research network can pursue their research here in Hungary, without any political pressure, with freedom of choice regarding their study topics in line with international standards, and with plannability from a budgeting perspective. While there is the slightest chance to take steps in these directions, we must not give up.

The past year has been one full of challenges; these are trying times. We researchers would rather have dealt with our research issues.

However, I do not look upon the months since last June as lost time. The representatives of Hungarian science have demonstrated nearly unprecedented unity. It is poignant to see that researchers from different fields of science at different stages of their research careers, with different world views and personality types are raising their voice with strong concern for the freedom of research; they unanimously support the research network of the Academy remaining within MTA. What incredible work has been done by our executives, young researchers and the Secretariat of MTA.

Let me thank each of them for their work and solidarity.

It was also crucial that each decision-making body of the Academy agreed to restructure the research network in order to be able to support the government’s objectives better, to help the Hungarian nation ascend.

I feel your trust, and I promise you that in the coming fateful days my main objective will be to see to it that the Academy should remain what it still is: the guardian of István Széchenyi’s intellectual legacy, the promoter of the Hungarian language and culture, and the most significant Hungarian centre for authentic science.