There is no way I could not like Jennifer Lee Tsai’s poetry, a poetry that rises like mist off the mingling tides of the rivers Mersey and Pearl. Her poetry is written out of lived experience, and so rings true. Its “Chineseness” seems natural, woven-in, not forced, not precious or ostentatious. But Tsai’s is above all a personal and ‘local’ poetry —in the best senses of both terms.

Born on Merseyside, Jennifer Lee Tsai grew up in Liverpool where she now lives midst the streets and buildings that populate her poems

There is no way I could not like Jennifer Lee Tsai’s poetry, a poetry that rises like mist off the mingling tides of the rivers Mersey and Pearl. Her poetry is written out of lived experience, and so rings true. Its “Chineseness” seems natural, woven-in, not forced, not precious or ostentatious. But Tsai’s is above all a personal and ‘local’ poetry —in the best senses of both terms. It is faithful to where it is written out of and lived through: England, Merseyside, Liverpool. The poet’s patch of England —an Englishness she has crafted and made her own— is what she knows intimately, in her own way, and in a finely mastered poetic language. But the “I” of the poems seek out ineluctably — as do many migrant, in-between voices— answers from afar and from the past, calling on the images from a Chinese-Hongkong imaginarium:

From my aunt’s apartment windows I see tendrils of mist

signalling the imminent fall of rain. I look for traces of my

On such a night, Li Po dreamt of his home.

Trying to capture the moon’s reflection in a lake,

He died, one of the Eight Immortals

Of the Wine Cup, just as you my father

Father on the fifteenth day of the eighth month

I returned. And where is the heart? I wonder,

as I retrace my steps to a grey Liverpool,

arriving home on the 80A bus down Rose Lane

that Saturday afternoon to find you slumped

in your leather armchair — a yellow fleece

The alienation effect of the occasional, judiciously placed Chinese character in this volume is redolent of the practice of the first authors of China’s New Poetry in the 1920s such as Guo Moruo 郭沫若 and Dai Wangshu 戴望舒 who inserted French and English words into their poems to foreground their “difference”, their standing outside or beyond convention. The presence of Chinese words in Tsai’s poetry is never gratuitous, and seems to seek to confirm a wholeness rather than to emphasize the alien. And the desire to cling to Chinese names is based on a real concern with the multiple belongingness that accompanies, and derives from, translinguistic existence:

My cousin, we share part of the same first name ­

a Chinese pictogram of a cloud at sunset,

within it the character for rain 雨.

How close we were, living almost as sisters.

‘The Age of Innocence’

Which tells me how I want us

To live our live together, slowly, gently,

my name which came from my father

and grandfather ­— an immigrant who carried it

on his lengthy crossing, anglicised it

a breath. Their marble headstones

have two sets of names, as will mine.

‘The Meaning of Names’

There is in Tsai’s poems an ever-present otherness, and most painfully sensed is the otherness of childhood shimmering up from the depths of memories to the surface of her poems (‘Self-Portrait’, ‘The Age of Innocence’). There is a moving, yet unsentimentally, powerful poem paying tribute to a grandfather and his fellow Chinese sailors so historically ill-treated by Britain’s shipping lines and government: 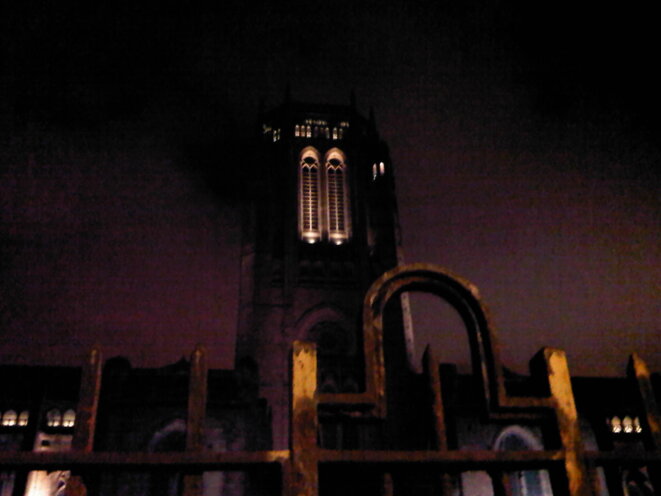 Before me, the Anglican cathedral looms, 'A Certain Purity of Light' © Gregory B. Lee

There are intense poems hinting at partly unrobed hurt and joy (‘Why?’, ‘A Certain Purity of Light’, ‘Love Token’): unpretentious poems grounded in real places reminiscent of real pain:

I had abandoned myself utterly;

I was a paper doll.

If you had held me up to the light,

It would have shone through.

There is a certain purity of light

On these almost winter days,

Violet but not quite.

Sometimes there are nightmares still.

I wake up suddenly from a feeling

That I’m there again.

Trapped in that red attic room. 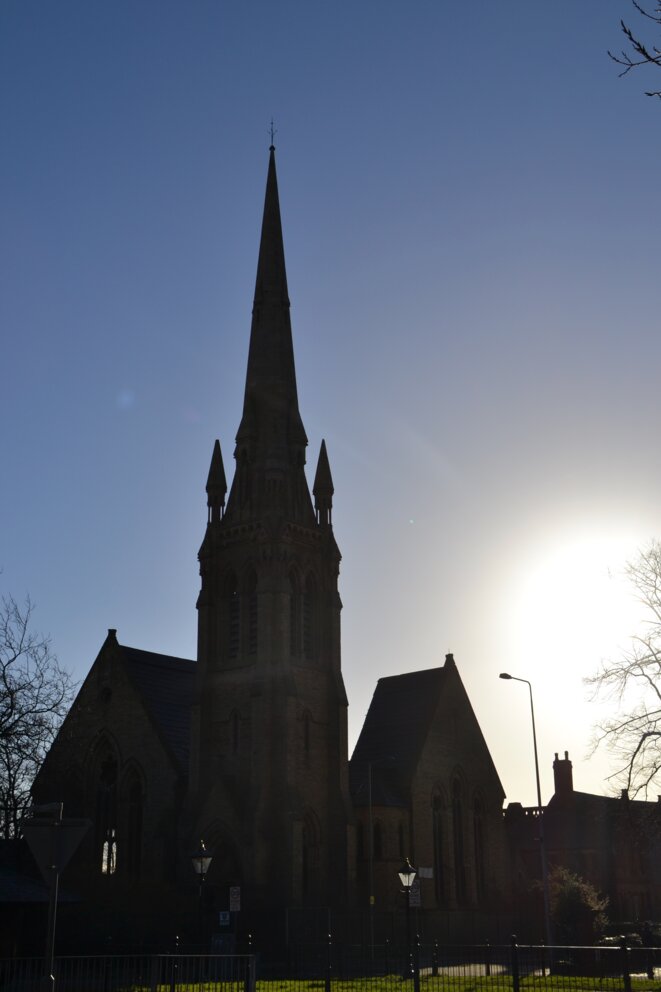 we sauntered through Princes Avenue/ past the synagogue, the deserted Gothic church, "You Said" © Gregory B. Lee

We sense also that place names are essential to Jennifer Lee Tsai’s poetry. These are place-holders for memory, monuments to the dead and the missed (‘You Said’, ‘A Certain Purity of Light’). While some readers will find unfamiliar the allusions to Hongkong and Chinese geography and culture, even more will be unacquainted with the local English landmarks instated in her poems like milestones of life: Princes Avenue, Huskisson Street, the synagogue, “the deserted Gothic church”, and Rose Lane. And Mossley Hill will be as exotic to most as Hong Kong’s Tao Mo Shan. But readers will conjure up their own landscapes, just as generations of ‘non-native’ listeners have with ‘Penny Lane’ and “Strawberry Fields”:

we sauntered through Princes Avenue,

past the synagogue, the deserted Gothic church.

The steeple, its pinnacles and broach spire.

With Kismet, Jennifer Lee Tsai has confirmed herself to be the author of an enthralling, sometimes disconcertingly edgy, English poetry. We await the next volume of her poems with great impatience.