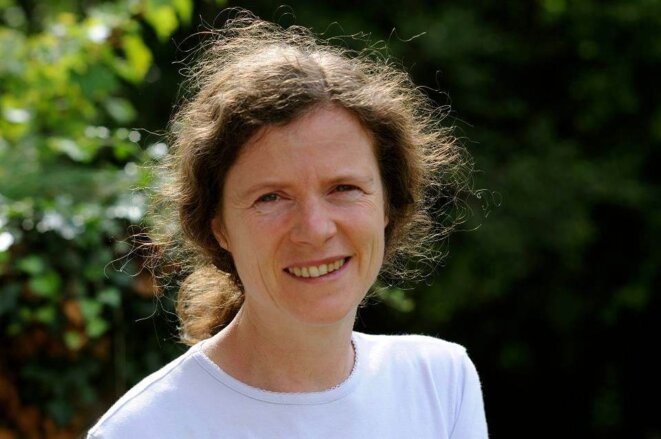 The Crocus Complementary Currency: A Smart Tool To Repair Agriculture And The Climate

Here is the text of the presentation of the Crocus Currency Project for the Organic World Congress 2021 in Rennes, France "THE CROCUS CURRENCY PROJECT: LET'S IMPLEMENT A GLOBAL COMPLEMENTARY CURRENCY INDEXED TO LIVING ORGANIC MATTER IN RESILIENT AGROSYSTEMS."

The IMF, or any voluntary central bank such as the ECB, decides to set up a complementary currency to reconcile the economy with ecology: the crocus currency.

A division is set up called Life Monetary Fund (LMF), whose role is to issue crocuses.

The crocus money supply grows in proportion to the amount of ecologically cultivated living organic matter in clusters of micro-farms.

Crocuses are only convertible with local complementary currencies (CCs) initiated by citizens.

Reminder: A local complementary currency is a parallel currency used only in a limited geographical area. Its purpose is to boost the local economy by relocating production, to promote social ties, and to avoid speculation.

Crocus money would not compete with the current financial system because it is simply intended as complementary to it and will not interfere with it.

The crocus allows Nature to buy money instead of being bought by money.

In other words, it is ecological vitality, not the commodification of nature, that generates money here.

This tool is therefore a way to add value to nature without destroying it.

Moreover, it is synonymous with growth and abundance because living biomass is spontaneously inflationary.

A Micro-Farm Cluster (MFC) is a group of small, multi-purpose agricultural units applying the principles of agroecology, agroforestry, and permaculture.

An MFC has the legal status of a cooperative. It is owned and controlled by farmers and land workers, i.e. the people who participate directly in increasing the living organic matter in the micro-farms.

The cooperatives are accredited by the Life Money Fund and are monitored by the scientific community, which assesses annually the amount of living organic matter each has grown.

The crocus currency is in line with the 4 for 1000 initiative for soil, biodiversity and climate.

This cooperative allows farmers to mutually enrich their know-how and their good practices, to share certain tools and services, and supplies the local population with fresh products through short distribution channels.

The cooperatives are accredited by the Life Money Fund and are monitored by the scientific community, which assesses annually the amount of living organic matter each has grown.

Here are two famous examples of the type of agriculture practiced by micro-farms rewarded by the crocus currency: the Bec-Hellouin farm in Normandy, and the Jardins de la Grelinette in St-Armand, Quebec.

This form of agriculture uses the power of nature to allow for carbon sequestration in the soil, making it indefinitely fertile.

A micro-farm designed according to this approach is an oasis:

Nothing is lost, everything is recycled within the agro-ecosystem. The cultivated biodiversity is highly diversified, as is natural biodiversity.

Regenerating soil by bringing about new fertile topsoil, that is, turning our backs on industrial farming and merely mimicking nature, holds the key to tackling climate change.

Our best shot at cooling the planet lies right under our feet.

Each country volunteering to participate in the LMF program will encourage the creation of thousands of MFCs and in return receive crocuses from the Fund, as a proportion of the amount of living biomass generated by the MFCs within its borders.

Each MFC receives its share of crocuses from the government based on the amount of living organic matter that it has grown.

The cooperative distributes the crocuses to each of its members, and they exchange them for the local complementary currency.

The collective that manages the local currency is authorized to include the crocuses it has exchanged in its accounts.

These are considered units of the collateral account on which the complementary currency is backed. Ultimately, crocuses are redeemable by the IMF in the concerned national currency.

"If more people are farming successfully, we can replace mass production with the multiplication of small ecological farms so we can feed our communities with fresh, healthy, nourishing food, and have vibrant agrarian communities.”

The transnational crocus tool would capture a large amount of CO2 through the power of photosynthesis.

It is therefore a vast program of natural geoengineering where human beings work hand in hand with nature and give back to it the possibility of expressing its full potential.

“By harnessing the immense power of photosynthesis, we can convert atmospheric carbon, which is a problem, into soil carbon, which is a solution. Emerging science proves that shifting to regenerative forms of agriculture will allow us to store excess carbon safely in the ground." (Center for Food Safety)

The negative emissions generated by nature-based solutions (NbSs) are critical to achieving global climate and biodiversity goals, and benefit both people and ecosystems.

With this ingenious tool, millions of micro-farms could be set up, making it possible to take on considerable challenges: cooling the planet, saving biodiversity and major terrestrial balances, and feeding populations.

Our species is facing the wall of reality. There is an urgent need to combine ecology and economics; the survival of our civilizations depends on it.

We are currently witnessing a tremendous emergence of movements aiming at the reconciliation of humans with nature. The LMF-Crocus solution fits perfectly into this dynamic and comes at the right time.

The crocus currency proposal is a systemic solution that has the advantage of being simple, easy to implement, and, above all, quick. It carries a true dynamic, that of the vital processes at work everywhere, which we must stop weakening because they are our lifeline.

The crocus is the common tool we need for a very large number of people to mobilize quickly for climate-change mitigation, food sovereignty, jobs, and world peace.

But we are forced into Utopia.

(As the visionary agronomist René Dumont said in 1973, it has been almost 50 years, we have no choice, “It is utopia or death”.)