My recent deportation from Brazil or the never ending ordeal
A.Hicheur

A) On the deportation/extrajudicial rendition I have been victim of on July, 15 2016

On Friday, July 15, 2016, I was sitting at my home in Rio de Janeiro, participating in the second Editorial Board reading of a paper I had recently prepared on the search for annihilation decays of Bc mesons. The reading was programmed in the time slot 14:00 – 16:00 in Europe, 09:00 – 11:00 in Brazil.
In the middle of the meeting, at around 10:00, someone knocked at my door and I interrupted the meeting for a couple of minutes to see who it was. An agent of the Federal Police told me that on the following Wednesday (July 20, 2016), I would need to go to the Police office to close the discussion on the “case” (see later). I said that it was already recognized that I had nothing to do with the case and had nothing to add. The agent replied that it needed a closing anyway and that he would leave a paper in my mailbox with the time of the appointment. Unfortunately, it was just a trick to avoid the “shock” and what a shock!!...

As soon as I had finished the meeting and grabbed a quick lunch, I went downstairs to check my mailbox and there was the big surprise: a team of policemen in the building, a second team in the street, waiting for me. One policeman approached me “Sir, have you been informed of your deportation order?”. I said: “It is impossible, my residence here is completely regular and legal!”. One of them answered “It is a political decision coming directly from the minister of justice”.... and the ordeal started!!!

Some hours later, I was on a plane to Paris via Lisbon, escorted by three policemen of the Brazilian FP!

Some important facts on how the deportation proceeded:

1) A deportation is justified only if there is an irregularity in the residence of the foreigner.

2) I had lived in Brazil since 2013, having followed correct procedures, with a renewed work contract, and a work permit under analysis for renewal (and the procedure is still ongoing at the time of writing this report, 22/07/2016).

3) The minister argued confusedly about an irregularity (which is wrong) but then talked about the “interest of the country” without justification!

4) In the event of a deportation, the law informs that the foreigner should be notified in advance to have enough time to sort out all necessary things (bank account, apartment, etc...). I received no notification, so I have been taken directly to the airport on the same day, and only allowed to take the “necessary luggage”.

Another irregularity should be noted here: instead of stamping the exit on the Algerian passport, since the entry was on it, the Federal police at the airport stamped the exit on the French passport (where no entry was stamped). I complained firmly on this, but I was ignored.

6) As early as 18:30-19:00, events accelerated and the police hurried me to a private police zone to get into the boarding area. This was done in front of the direction of UFRJ and of a researcher from CBPF. What I did not know is that at that very precise moment, they had received the information that the lawyer of the union of professors was about to or had registered a Habeas Corpus procedure to be examined in emergency by the Supreme Court. While this procedure was being examined, the deportation should have been suspended!

7) Finally, I only found out my final destination about half an hour before I was boarded from a car that directly went to the stairs of the airplane! I was accompanied by three policemen who were with me until Paris!

I left Brazil suddenly, leaving all my belongings and my apartment behind me.

8) On my landing in Lisbon, the Portuguese police accompanied the deportation process, making copies of the ID documents.

9) At my arrival in Paris, the French police took me directly from the plane and notified me an administrative measure of home custody/arrest due to the state of emergency and due to the fact that I was considered as a potential threat in the French territory!

The house arrest measures are: All my ID documents have been taken, I only have a temporary document of circulation. I should not cross the limits of the region of Vienne, I should sign a presence form three times a day (09:00, 14:00 and 19:00) at the local police station, I should not be outside between 20:00 and 06:00. Any deviation from these measures means jail and/or a fine.

B) Background: the police search of October 2015

On October 6, 2015, at 06:30, several Federal Police officers led by a commissioner intercepted me in the street as I was leaving my home for work. They explained that they had a warrant from a judge to search my apartment. When I asked on which basis this had been decided, they mentioned a very obscure event that had nothing to do with me and which had happened in mid-January 2015 in Tijuca Mosque, while I was visiting my family in Europe.

They took my laptop and USB keys and made copies. I was only able to get everything back about 10 days later. They also searched the apartment in quite a detailed way.

The next month, beginning of November, our team leader Prof. Leandro de Paula and I had an interview with the commissioner in charge of the case. We were eager to obtain clarifications.

Upon our insistence, the commissioner recognized that they had received a request from France, after the January 2015 events in that country. And from then on, they had been monitoring me.

This is illustrated by the fact that in a separate audience with the commissioner, I was asked questions that had nothing to do with the official topic of the case (the January 2015 event in Tijuca) and these questions were clearly coming from France.

From that moment, I understood that the machinery was up again. I became full of stress and this impacted on my health as some of my colleagues have observed.

My impression was confirmed in January 2016, when an extremely aggressive press campaign launched by the media group Globo, followed by other media, attacked my person stamping me as “a terrorist in Brazil”, stealing a non-public picture from the site of the CNPq as an illustration (this picture had already been removed on 14/12/2015, which shows that the report was carefully prepared a long time before it was published), recycling the old French case in the most vicious and malicious way, describing how often I was going to pray in the mosque, showing my (raw!) salary to the public, as if I was an underling not deserving a salary for my work, and so on and so forth!

The first January press campaign was so hard that many of my friends and colleagues were really worried for my life and my safety. I am really grateful for their support during this very difficult period.

This pure evil lasted for several months during which the same Globo reporters kept on hammering on my case without any public prosecutor or authority intervening in this hateful, destructive process!

By April 2016, it became clear to me that I was persona non grata in Brazil and did all I could to find another place to (try to) work and live, but in vain. Since I needed more time to find a better place, I decided (after consulting with colleagues) to renew my work contract, and then my work permit.

I have dedicated my whole self to honour my commitments, propose new courses and ideas, even outside particle physics, and this is how I am shamefully treated! All my colleagues can witness my enthusiastic engagement in building something important in Brazil!

I am back again in an administrative prison meant to destroy all my dreams, ideas, genius, creativity, humanity, hopes, etc... It is my whole being that is targeted by these measures: I cannot live, I cannot work, I cannot even have dinner with my brother because he lives just outside the limits of the allowed area.

With all my determination and energy, I denounce this machinery of ongoing persecution and I urge any person of conscience to wonder what kind of world is being designed with these practices. 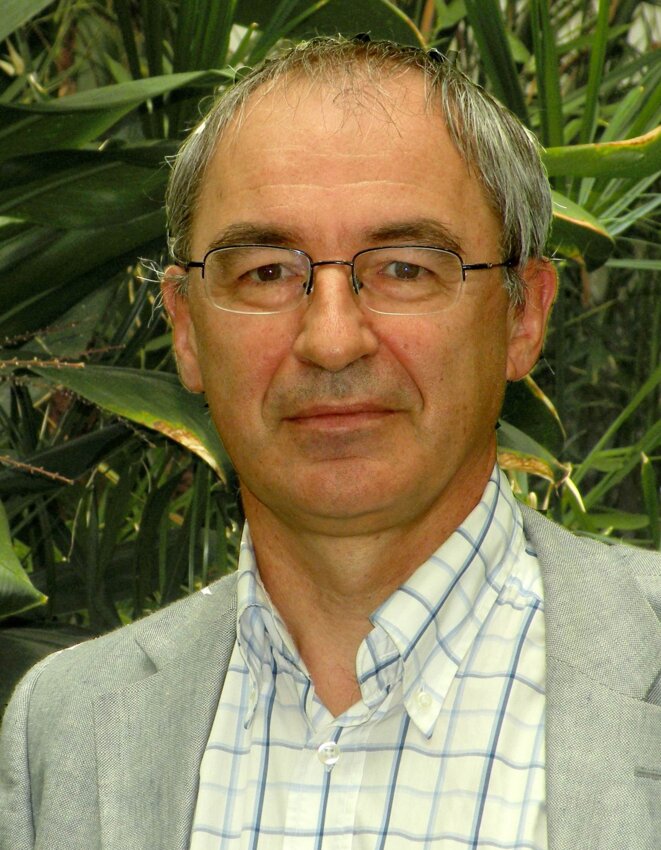