GMO Wheat Found In Oregon Field. How Did It Get There? (by Dan Charles - npr) 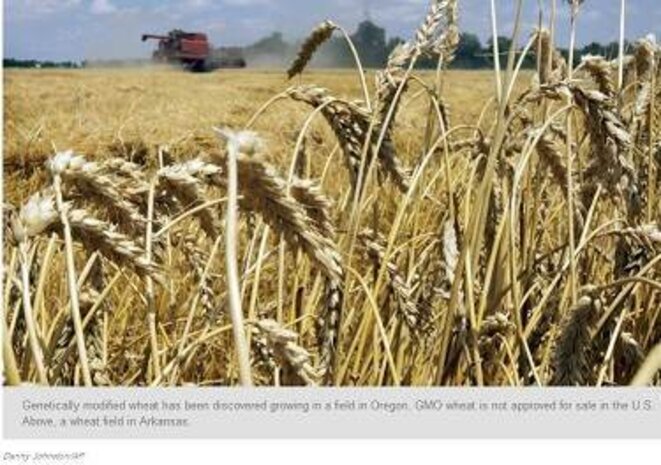 A farmer in Oregon has found some genetically engineered wheat growing on his land. It's an unwelcome surprise, because this type of wheat has never been approved for commercial planting.

The U.S. Department of Agriculture says it's investigating, trying to find out how this wheat got there. The USDA says there's no risk to public health, but wheat exporters are worried about how their customers in Asia and Europe will react.

In fact, worry about export markets is the main reason why genetically engineered wheat isn't on the market in the first place.

The biotech company Monsanto did create varieties of wheat that tolerate the weedkiller glyphosate, or Roundup — just as it created "Roundup Ready" corn, soybeans, cotton and canola. It also carried out field trials of this wheat in 16 different states.

But the country's wheat growers told the company that they did not want it.

"We are not in favor of commercializing any biotech trait unless it's gone through regulatory approvals in the U.S. and in other countries," says Steve Mercer, vice president of communications for U.S. Wheat Associates. Many countries, including some that import wheat from the U.S., are quite hostile to genetically engineered crops.

Monsanto dropped the wheat project. It never asked for government approval, and it ended its field trials of wheat in 2005.

Fast forward eight years. About a month ago, a farmer in eastern Oregon noticed some wheat plants growing where he didn't expect them, and they didn't die when he sprayed them with Roundup.

The farmer sent samples of these curious plants to Carol Mallory-Smith, a scientist at Oregon State University who has investigated other cases in which genetically engineered crops spread beyond their approved boundaries.

She found that this wheat was, in fact, genetically engineered. She passed samples on to the U.S. Department of Agriculture, which confirmed her results.

Bernadette Juarez, an official with the USDA's Animal and Plant Health Inspection Service, said in a statement that her agency is collecting more samples from the farm, conducting more tests. "We have a team of dedicated investigators working on the ground daily to figure out what's going on here," she says.

Nobody knows how this wheat got to this farm. Monsanto's last field trials in Oregon were in 2001. After all such trials, the genetically engineered crops are supposed to be completely removed.

Also, nobody knows how widely this genetically engineered wheat has spread, and whether it's been in fields of wheat that were harvested for food.

According to the USDA, even if it has, there's no danger to public health.
Still, if further tests show that this unapproved wheat has spread into the food supply, it could play havoc with wheat sales.

In 2006, traces of genetically engineered rice — also unapproved — were discovered in large parts of the American rice harvest. That discovery shut down America's rice exports to some countries. Exporters lost millions of dollars. The wheat harvest is much bigger.

Steve Mercer, from U.S. Wheat Associates, says there's no indication that this will happen to wheat. Right now, it's just a few isolated plants growing in eastern Oregon.

"We're in the process of getting in touch with all of our customers," he says. "We are going to work to make sure that they have all the information that they need to make their decisions, and reassure them that this isolated trait hasn't entered commerce."

So far, he says, those customers aren't making any decisions. They're just asking for more information. 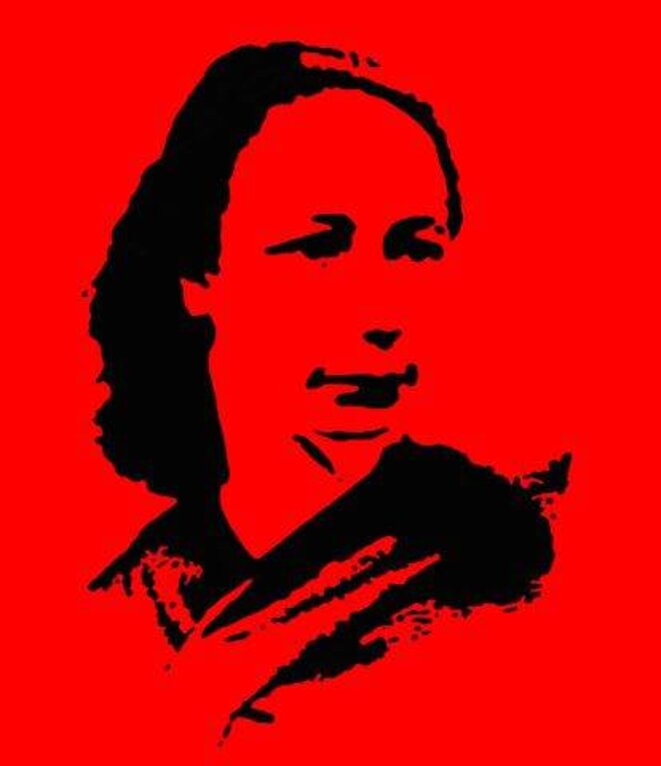