A statement co-written by colleagues of Arnaud Dubus from the Thai branch of the "Union de la presse francophone". Our small community has lost one of its pillars, undermined by the precariousness of the profession. All of his colleagues and friends share his family's sorrow and hope that his invaluable contribution to journalism in Southeast Asia will not be forgotten. 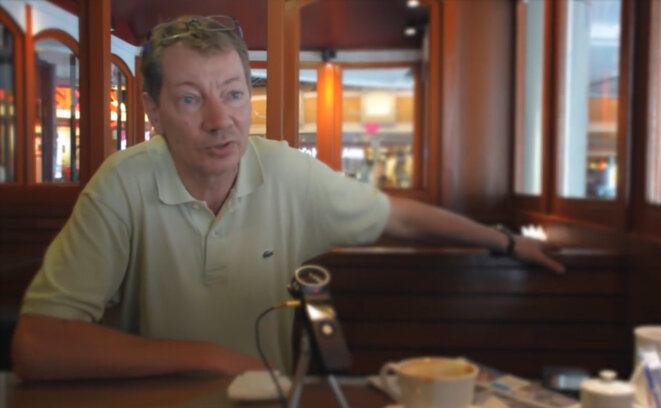 Our colleague and brother Arnaud Dubus is dead. On Monday, 29th of April, the former journalist, recently turned spokesperson for the French embassy in Bangkok, stepped out of his office, leaving his bag and phone behind.

He rode a motorbike-taxi to the nearest sky-train station. Then, after taking the escalator to the platforms, he jumped onto the street below. A few minutes later, he was dead.

We, his friends, a small community of French journalists in Bangkok, are devastated by his suicide. We lost a precious friend, a true fountain of knowledge on the culture and mysteries of Southeast Asia, and a sensitive and kind man. We are also shocked because his death is symptomatic of the struggles thousands of foreign correspondents are facing around the world.

Of course, nothing can ever fully explain Arnaud’s pain and the personal reasons that pushed him to make such a final decision. But we all know that his financial difficulties, especially in the past decade, affected him severely. Even as he contributed to major French media outlets including Liberation, Radio France Internationale and Le Temps for several decades, he could no longer make a decent living and was forced to change career last year.

Arnaud had to take this step despite being a reputable expert on the region: he produced many excellent pieces on the Khmer Rouge, army politics in Thailand and Burma, power games in Buddhism, and he had recently uncovered a major corruption scandal in Malaysia. Simply put, Arnaud Dubus was considered one of the best French language writers in South East Asia. Yet the story pitches he sent to newspapers were often left unanswered. During annual visits to his employers’ offices in Paris, he felt that some editors barely acknowledged him - a middle-age exiled reporter, skinny, discreet and modest, writing about an exotic part of the world few media still care about.

The print media crisis, the routine use of agency content by newspapers had made his income dwindle, a little more every year, but he didn’t dare to complain. He was too humble, too isolated, too humiliated by the downgrading of his living conditions so late in life, to ever mention this to anybody outside his circle of close colleagues. The "Liberation" newspaper cut off his digital subscription, with the excuse that "you don’t work enough for us". Radio France Internationale, a state-owned broadcaster, recently decided to stop providing social security and pension benefits to their freelancers abroad.

Arnaud was struggling with depression and followed medical treatment for the past decade. As he could no longer afford medical care, he had to interrupt his treatment.

Apparently, he should have been content with his meagre freelance salary –between 700 and 1600 US$ a month, that is, in the good months. Let’s briefly talk numbers: international newspapers today pay less than 100 US$ for a short 250 words article, around 700 US$ for a longer piece that will require a week’s research, field work and writing. This rate has not increased in the past fifteen years. If one has to pay one’s own expenses including hotels, transportation, translators (Arnaud spoke and read Thai, unlike most foreign journalists in the country), reporting is no longer financially viable. Like many of us, Arnaud could simply not afford to report anymore. We are called “foreign correspondents”, on paper or on air, but in reality, the majority of us are freelancers without a fixed salary, without healthcare, and without the resources needed to investigate.

With his soft and ironic smile, he would welcome the "special envoys" sent by his employers for big events, even though they were coming to take those jobs from him that should have allowed him to set a bit of money aside in anticipation of slower times of the year. To be a “foreign correspondent” today often means editors expect you to contribute new perspectives and crucial expertise in little known parts of the world, but they will send a staff journalist to represent the brand for important media coverage.

Fortunately, Arnaud was well-versed in Thai history and culture and he was always keen to learn more. He published several scholarly books, including the remarkable “Buddhism and Politics in Thailand” (“Institut pour la Recherche sur l’Asie Contemporaine”, 2018). But that was still not enough to make a living. Today, many foreign correspondents have to take other jobs to make ends meet: translation, teaching, public relations, whatever will cover the next rent. This kind of journalism becomes a side hobby, as it was when the profession was born in the 19th century, only possible for those who have the means and opportunities to live on other resources.

The precariousness of the freelancers’ situation is not merely financial, it’s also legal. For the past thirty years, in December, Arnaud had to go through the painful ritual of renewing his media visa. As freelancers don’t have a work contract with their employers they have to justify their activities to local authorities as best as they can. Some employers refuse to even provide a letter acknowledging they sometimes use the journalist’s services, for fear it will be used later in a legal battle. Every year, correspondents may be asked to leave the country or to stop working as journalists, whether they are newcomers or long-time expatriates with local families.

Secretly hurt by the indifference shown by some editors, exhausted by decades of running after assignments, and disgusted by the lack of financial recognition, Arnaud Dubus finally abandoned journalism, like many of his peers, and accepted an offer from the French embassy in Bangkok: to become an assistant spokesperson, on a local contract for a monthly salary of 1600 US$. At 55, Arnaud and his wife Noo longed for stability, wishing to buy an apartment, which he could never afford as a free-lancer.

But the transition from press to diplomacy, and the thousands of small, daily humiliations of office life, were too much to bear for this gentle and sincere man, who was unwilling to engage in official discourse. His close friends say he never recovered from leaving journalism. “I realise that freedom is what matters most” he wrote to one of his colleagues a few weeks before his death.

Arnaud the story-teller, a true bridge of intelligence linking Asia and Europe, has left us. We remain to watch part of our profession’s spirit and ethics die along with him.

The UPF was founded in 1950 and gathers over 3000 journalists in 110 countries. The association aims at defending press freedom and promoting French language in the media.

Thanks to Tom Vater for helping out with the translation from the original version in French. 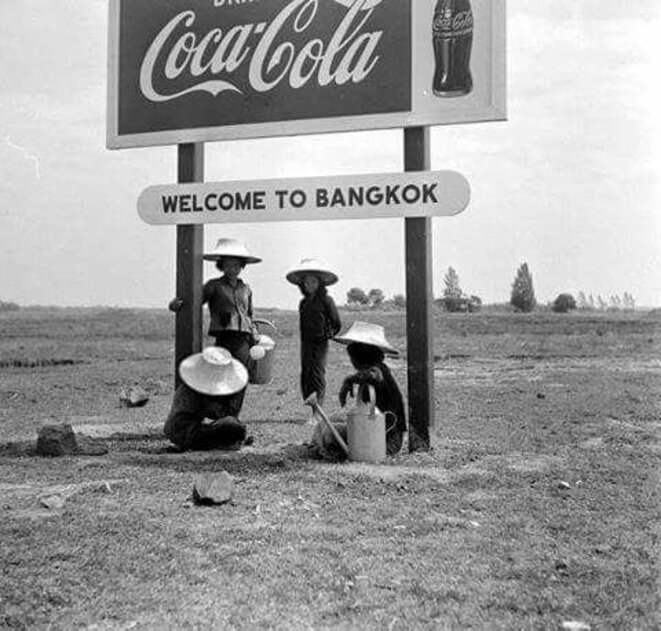