About a grad student, a successful professor, Weinstein, and professional tears.

3 weeks ago was a bad week for me as a female human.. I had to face the disrespectful behavior of a male grad student (which turned to - as I resisted his attempt of domination - menacing/harassing the day after, and fortunately got quickly cut out by the PI who I explained to asap what was going on). It was only verbal, it was easy to shut down (as I was 6yrs more senior than him) and took 24hrs to end, yet it shook me for several days, and still today, I wonder how mentally stable is this student, and worry about it. 48hrs later, I learned about the terrible experience of Pr. Jane Willenbring, as a grad student on the field with a perverse, harassing male advisor [link to article].

In the background of that, the Weinstein massive scandal.. followed by a big #meToo trend, which appears to shake and awaken a fair amount of people, men and women.

I spent, on-and-off, a lot of time thinking about all of that.. about what to do, at all levels, practical and symbolic and political.

But this time was different, because, for the 1st time, I felt strongly affected regarding my professional environment, and it had direct connection with the very concrete problem of "getting more women thriving in science/places of intellectual authority". A general concern that everybody in academia has heard about.

- 1st: the deep deep feeling that there is absolutely no space free of human baseness and perverse&violent behavior.

People in and out of academia have to really think&appropriate that fact.

We're NOT taught that way about society structure and intellectuals world. We think we know - I think I knew - but we don't.

When people hear about Weinstein (or DSK), they react "Ho! so we should actually not just consider street thiefs able of inappriopriate behavior, but also big rich&powerful thiefs". Making the connection with power is a very fair&good step.. but it has to be with symbolic power in general, not just material power.

I was one day, sexually assaulted by a stranger, a street thief with no real societal power at all.. still, it had to do with his feeling of his power, being ill-established somewhat, somewhere, on somebody. And the absurdity of his defense at court was not different than any other perverse/manipulative/sick person in the galaxy.

All to say, academia can have exactly the same sort of deranged dangerous persons that anywhere else. And if more smartass (so more dangerous one can presume) they are, fundamentally, equally weak and nobody excepted psychologists should have to deal with in any way their perverse behavior.
I believe that accepting this point can only do good to society as a whole.

- 2nd: 1yr ago, I was at a Gordon Conference, and we had a ~2hrs round table about "how to have more females in the physics field?". It was generally good&interesting, but at a point I got very shocked - and so was the senior female professor leading the discussion - by a young female researcher who started to make the case for "okay, but we want only really motivated&strong females, not people we have to push". The senior female professor and myself both strongly publicly disagreed with such a cliché&ignorant&narrow view.. and it resulted that we both had a quite interesting discussion after that. As for many (of the few) women professors in physics.. she is a very strong character, and was able to acknowledge with me, how much this biased representation was part&result of the problem of discrimination against women. I proposed to her then, that we should work at totally redefining the criteria for professionalism, for it to veritably include all important skills for being a good leader&mentor. I am sure this had been thought&applied before.. but the truth is that, at least in academia, we still mostly don't see it! We are all, psychologically, still suffering a very-much gendered defined, masculinity-cliché-defined, professionalism.

And, one very emblematic&touchy example for me, is the place of tears in the professional word. I thought about it, as, when I very directly felt the violent/inappropriate/unprofessional attitude of this grad student, I ended crying out of his view. I thought about it reading Jane Willenbring story, and these 2 terribly destructive sentences she reported from her then-advisor: “Today I’m going to make you cry.” and “I noticed someone hasn’t cried today” (before he brutalized her).

Because tears are stigmatized - as not-masculine, so not-professional - they are a source of shame, and discrimination against all, men and women.

As we work now in an adult-only world, female employees (and grad students are) are considered adults by me. Consequently, when they suddenly cry, like anybody, they actually have a good reason for it. Could be exhaustion, could be frustration, could be being physically or mentally threatened, could be a mix of all, it still remains a very-good reason for taking a break, cry, breath, and stop a spiral of external and/or self-afflicted violence.

Calm tears of course, can also be the profound sign of deep thought/compassion or emotion. In many places, those are also extremely useful.

If politics is about making us a civilized society and preventing the reign of dark pulsions and violence, I would very much like to make a political case for allowing the tears one wants public in the professional space just as we have allowed occasional positively-public laughs.

I wish those who are tormented by the idea (for sure, a lot of men, as this has been so forbidden to them..), to think several times about it, before they construct an solid argument against it. 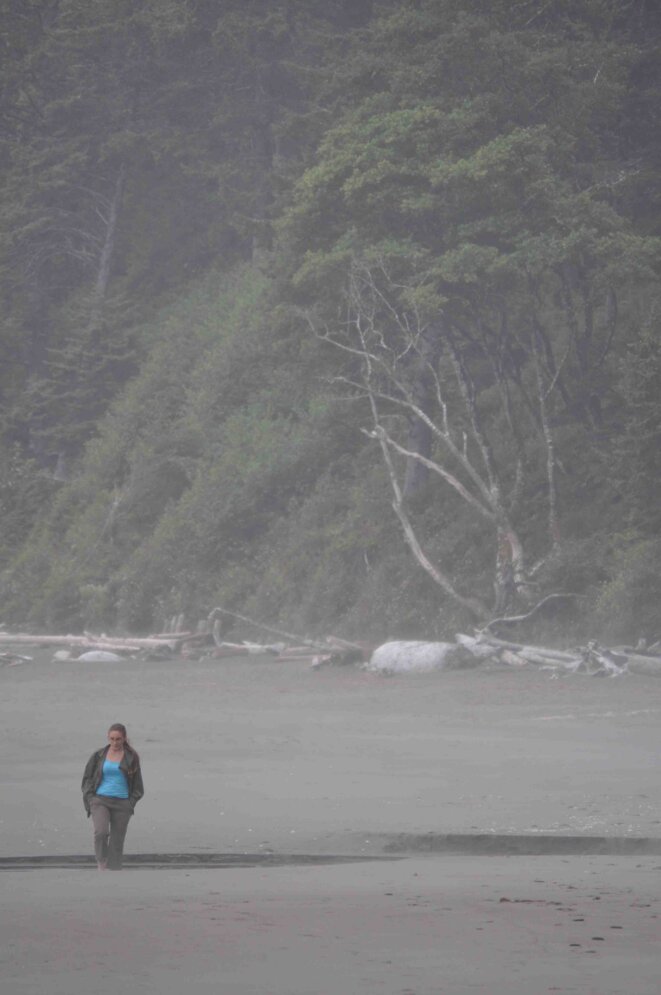