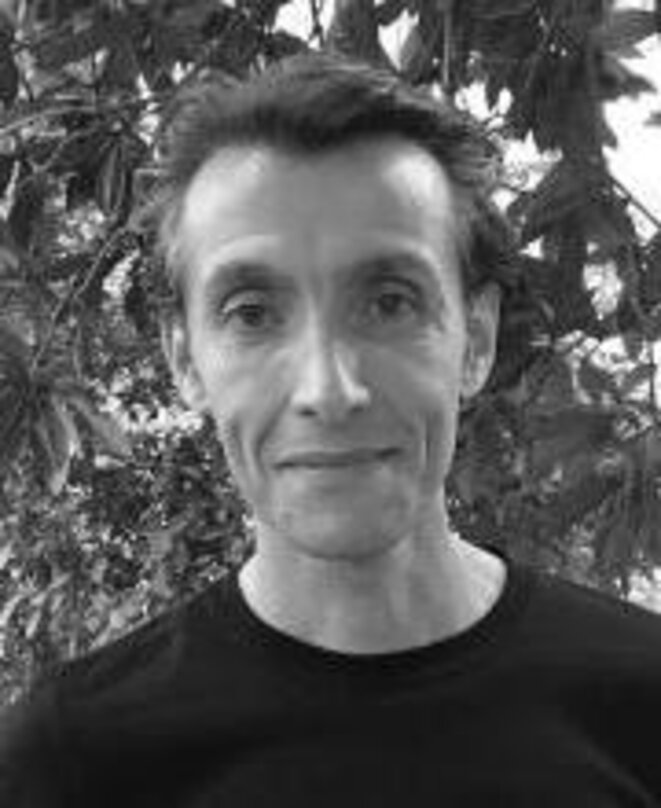 For a Global General Strike Against Climate Change

The youth, especially the one that echoed in Sweden through Greta Thunberg, has mobilized with a sense of justice and responsibility. But to be heard by those who govern, one must have an impact through actions. An economical and financial impact. A general strike could be an excellent way to be heard. Here are the reasons why.

The youth, especially the one that echoed in Sweden through Greta Thunberg, has mobilized with a sense of justice and responsibility. But to be heard by those who govern, one must have an impact through actions. An impact that is not merely symbolic, but also practical, economical and financial. A inter-unionized, inter-associative and civil general strike could be an excellent way to be heard, even though a legal and remarkable procedure, like the one conducted in France by the Foundation for nature and human being, Greenpeace and Oxfam to mobilize public opinion by assigning the government to justice for “inaction in the fight against global warming”, seems doomed to failure, precisely because this same procedure is partly controlled, restrained, neutralized by the tutelage in question: the State. Another legal, more immediate, peaceful, and relevant means exists and is applicable in most of our democracies right now: a general strike. A global strike. Such a strike by blocking or severely impacting the economy of a country would force our leaders, perhaps after a lengthy standoff, to listen to what is just and necessary and implement the required socio-economic and environmental strategies we desperately need, whatever our political or ideological opinions maybe, since climate change knows no distinction of origin, class, or opinion.

What economy, what mode of production, what financial, political, and geostrategic interests could justify the pursuit of necropolitical and ecocide policies? It is up to the citizens of each nation, and especially those of the most industrialized Western democracies, today to mobilize, to warn and force their authorities to take necessary and comprehensive measures of socio-economic and geostrategic mutation that reflect the state of global emergency we are living in. Our planet is sick of ourselves. A general and inter-unionized strike movement, bringing together civil society and associations is most needed. No genuine and intergovernmental action seems to have been taken after the dramatic announcement by an international panel of researchers unveiling a narrow window of 12 years to change the course of events. We know today that this very announcement was probably still too optimistic and that we have, in fact, less time than expected ahead of us. We are not only compromising our lives and those of our children and grandchildren, of entire generations to come who will probably never happen, but we are also literally taking away life from this world.

As the IPCC report mentions, a world at + 1.5 ° C is a world with more extreme weather events and significant impacts on ecosystems, societies, and economies. Climatic imperatives of our times imply new resolutions, a new vision of what our human communities should be socially, economically, culturally by turning away from extreme consumerism that puts us at risk. It is up to us to set new goals as ambitious as necessary if we want to avoid the worst in the face of the ecological upheavals that are already taking place, such as the recent heatwaves in Europe and North America (not to mention those already affecting North and Sub-Saharan Africa) have recently shown. Every year our Earth Overshoot Day comes earlier and earlier. In 1971 this environmental debt was reached on December 24th. In 2019, the latter was achieved on July 29th. The pursuit of the same economic and political objectives relating to geostrategic understandings belonging to the past, that of colonial expansion, successive industrial and technological revolutions, a vision of our natural environment, on which we depend vitally, and the living as mere resources, are wrong and obsolete. This understanding and practice of power is nothing but the expression of a principle of domination. The domination of populations, the domination of life, the domination of States. Growth points, increases in GDP, or the long-awaited creation of new jobs on such corrupt bases will not save our lives, those of our children and thousands of living species that are dying or, of course, already vanished. We have just entered the 6thmass extinction due to our human activity, as announced by many scientists. Talking about the future in such circumstances and continuing to enforce rules of life, production, and consumption that annihilate us makes no sense at all.

It is not only unfortunate but hurtful to the point of disgust, to realize that our governments in Europe, the Americas, Asia, Australia, and the Middle East have not yet jointly embraced this tragedy in an attempt to bring standard solutions, because the only way out and resolution, can only be collective. The neo and ultraliberal economic policies of our states (whether social democratic, centrist, right or far-right), as well as theocratic or dictatorial regimes that have embraced the market economy, resemble a collective suicide led by a minority in the name of its particular interests. A ruling minority who mocks the future of the people it governs, imposing a calamitous redistribution of wealth and ever more excessive exploitation of life (including human). Labour will be affected by the same violence by this new situation imposed by global warming. The latter will severely affect everyone on every continent [1], including Europe and North America, creating conditions of impoverishment of our economies, famines, the impossibility of living in certain territories completely arid or flooded by water due to the melting of glaciers, thus causing massive population displacements and conflicts that could announce a return of barbarism. Climate upheavals resulting in natural disasters (such as those recently recorded in Mozambique or Iran) and the acceleration of permafrost melting (notably through the release of a high level of methane in the atmosphere) will help to intensify the increasing temperatures, causing streams to change, making specific waterway (and perhaps aerial) areas impassable and thus ruining what our leaders are relying on to base their economic and political guidelines: trade, exchanges, growth, freedom of movement. Our jobs will be affected because our lives will be threatened. Working conditions in most sectors will become overwhelming. We must change the system and the nature of the geostrategic interdependencies of our states.

The only way to get the worlds of industry and finance, and therefore our governments, to be right, is to strike where it hurts: the wallet, our economies, by conducting general climate strikes that would combine unions, associations, political activists and ecologists, scientists, public institutions, the private sectors, and all citizens who would stop any activity by refusing to work one day a week, staying at home or demonstrating peacefully on our streets. This day of general strike a week, this day to save our world could be followed by two or three, if ever our governments decided not to hear reason and start clear and precise discussions with their parliamentary opposition and members of the civil society to change quickly and durably the rules of the game. The countries of the European Union, the United States, China, Russia, the Latin American countries, Australia, India, must hear this alarm signal from their people. It is a sacrifice we must have the courage to impose on ourselves to allow the emergence of a viable project of society currently ignored, mocked, denied by all our leaders despite speeches that serve only one thing: to conceal fatal inaction upon our lives. It is up to the opposition parties, especially the left-wing liberalists, environmentalists, as well as the unions and associations, to launch this appeal and to unite wherever possible.

Selim Rauer is a writer and a forthcoming visiting research fellow at the Vidal Sassoon International Center for the Study of Anti-Semitism at the Hebrew University of Jerusalem. His work focuses on the relationship between Power, Sovereignty, and the Anthropocene in postcolonial and post-Shoah eras.