Last Friday, a solemn tribute was given to the 130 victims of the Paris attacks. French flags outside of windows and tweet #ProudofFrance. A national unity cleverly orchestrated from which it was difficult to escape without feeling vaguely guilty. But martial ripost instead of a global response and COP 21 hypocrisy - this is the system that needs to change.

Last Friday, a solemn tribute was given to the 130 victims of the Paris attacks by the President of the Republic, and more than 2000 invitees at the Invalides Monument. To add to the tribute, French citizens were asked to hang flags outof their windows and tweet  #ProudofFrance. A national unity cleverly orchestrated from which it was difficult to escape without feeling vaguely guilty. Nonetheless, I could not hand a flag out of my window and I haven’t tweeted #ProudfoFrance.

Since 13 November, France has been morning the victims of the attacks and paying tribute to them through testimonies,touching and dignifying gestures, from thousands of citizens often anonymous. Tears, flowers, candles, music, words and gatherings testified to the sorrow of the French people, but also, everywhere, like a leitmotiv, to their willingness to not yield anything to terrorism. To go on with life, commitment, solidarity against hatred and blind violence. And here, yes, France was proud. This citizen tribute, plural and multiple was the most beautiful tribute.

National solidarity yes, but questions raised by the French response to the attacks are too disturbing to feel in unison with this orchestration led purposely by the government.

A government that bans demonstrations, but authorizes Christmas markets ; which reforms, in haste the Constitution, without debate ; which puts COP 21 activists under house arrest and imposes emergency state for three months.

A government that responds to terrorism with a martial escalation and floods us with statements where there are no strong enough arguments to try to justify all measures and decisions taken, including by panicking parliamentarians and citizens with “possible threats of chemical and biological weapons”; or explaining the sharp reversal of the position on Syria, and the hand extended to Vladimir Putin to try creating an effective coalition against Daesh, after months (years?) of dead end. A military, security, partial riposte as opposed to a more global, reassuring, societal response that would illustrate a real desire to take into account, and respond to the root causes of the attacks.

Solutions to create more security for all, in France and in our world exist, and we know them. Respects of human rights, physical safety, climatic, food, economic security, since 13 November, and ahead of the COP 21, researchers, NGOs, journalists, writers, cineasts have abundantly published about solutions to adopt in France, and at international level to establish more security in the world.

« Let’s change the system not the climate »  urge the environmental activists. Yesterday, in the middle of the 10 000 people of the Human Chain for a Climate of Peace, created in response to the ban of demonstrations, I was proud of France. When governments will at last hear these voices, I will perhaps hand a flag at my window. 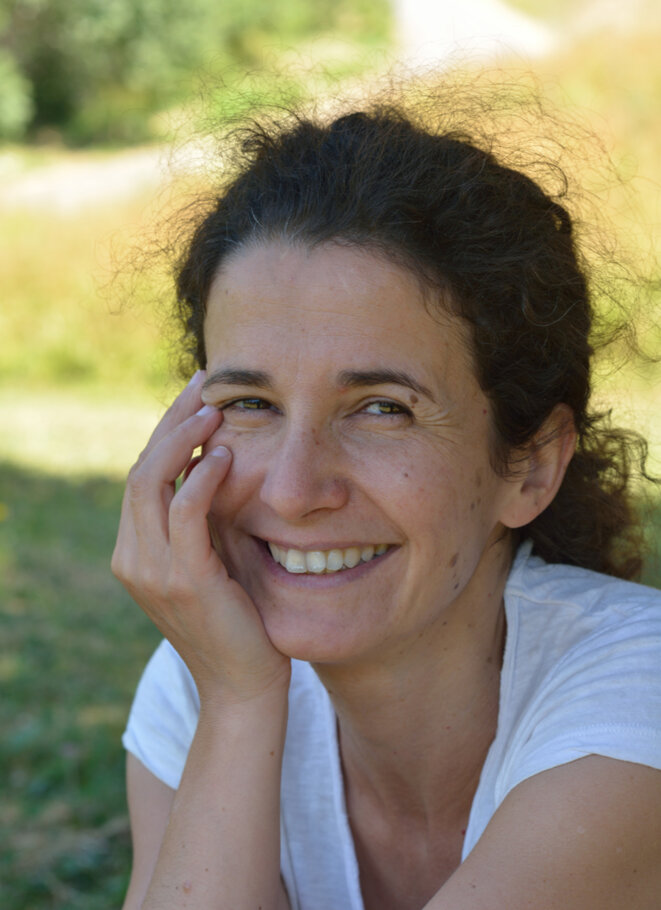