November Rain : Story of a classic

Guns N’ Roses is definitely considered as one of the biggest rock bands of the 90s. Basically hard rockers, the biggest success of the band remains an orchestral ballad, known as « November Rain ».

Released in 1991 as a single from the album « Use Your Illusion I », November Rain is a song written by Axl Rose -GNR’ lead vocalist- and is considered as one of the longgest singles ever. With more than 8 minutes, the song is a mix between Axl’s original voice and a perfect guitar solo by Slash in the second part of the song.

According to Tracii Guns -ex guitarist and one the band’s founders-, Axl Rose began working on November Rain in 1983 -two years after the band’s formation-. And three years after, in 1986, before the release of « Appetite for Detruction », a 18 minutes version of November Rain was recorded by Axl.

Principally focused on Hard Rock music, the other members and especially Slash and McKagan were opposed to the Axl’s project. According to Slash’s autobiography, the guitarist said that his solo was improvised upon hearing the song for the first time.

In terms of lyrics, Rose himself said : « November Rain is about not wanting to be in a state of having to deal with unrequited love ». As Axl says, the song is about an unrequited love. Axl loves a woman and the november rain is a metaphor for the absence of her love. Indeed, it’s hard to love someone who doesn’t return the feeling. Indeed, it’s hard to love someone who doesn’t feel the same way as us. A love which isn’t reciprocated is one of the harderst feelings ever. And as the times goes on, the feeling will probably die as a candle in the rain in november.

Concerning the music video, November Rain was conceived as the middle part of a trilogy, with « Don’t Cry » and « Estranged » as the first and last part of the trilogy. After saving Axl from suicide in « Don’t Cry » the woman played by Stephanie Seymour -super model & Axl’s ex-girlfriend- and Rose are getting married in November Rain’s music video. The music video, had two main scenes : the weeding scene which took place in LA, and Slash’s guitar solo which was shot outside a church in the New Mexico desert.

As a matter of fact, the video clip is based on the short story « Without You » written by Del James. The story is about a rock star grieving over the death of his girlfriend, who had commited suicide. Indeed, the first part of the video, Axl is marrying Seymour in a Church. Suddenly, the wedding is interrupted by rain, involving the death of Axl’s wife who visibliy commited a suicide by shooting herself. In the second part, we are witnessing Seymour’s funeral which is once again interrupted by a november rain.

As closing remarks, November Rain peaked at number three on the US Billboard Hot 100 chart and sold over a million copies worldwide and is considered as one of the ultimate hard-rock power ballads. As we saw with GNR, getting out of our confort zone and pushing our creativity, can make us come up with something original, and why not a masterpiece.

Slash’s guitar solo, outside a church in the New Mexico desert 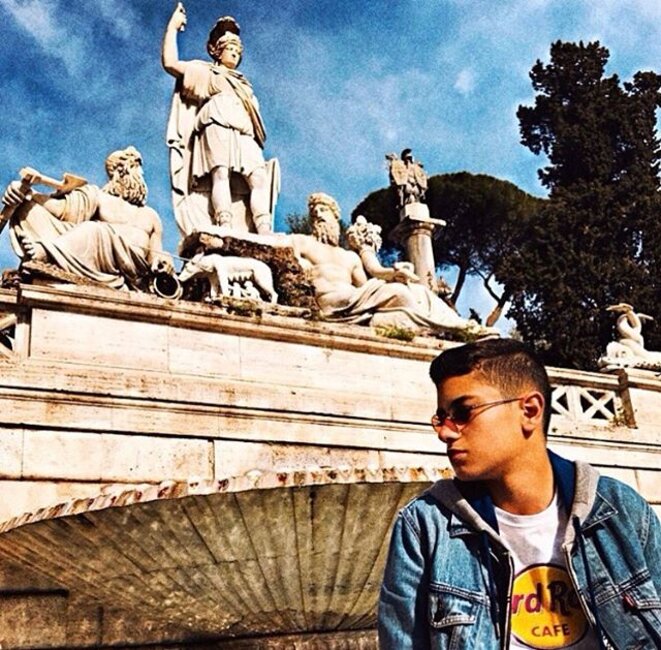