A return to a scholastic thought of the economy

Interest rate, formerly called ‘usury’ by the philosophers of Antiquity or in the Bible, is a central element in our economy.

This economic variable is at the very heart of finance, since it gives a price to money when time runs out. The interest rate is also the reference point for defining the profitability of any investment in the real economy, or in the sphere of financial markets.

A “war of words” won by bankers

The shift that has taken place over time, by the substitution in the common language of the word ‘usury’ for the word ‘interest’, is enriching and in no way anecdotal: this change of vocabulary can alone explain the trajectory of our so-called capitalist economy.

Indeed, by studying the etymology of the words ‘usury’ and ‘interest’, we understand why finance serves the wealthy to the detriment of the poor.

‘Usury’ comes from the Latin ‘usura’ meaning ‘a usage, use’, which implies that the rich is using the poor. This is the reason why philosophers like Aristotle, or the Bible, strongly condemn the practice of usury: the use of money is sterile, and interest-bearing loans must not yield profit.

On the other hand, ‘interest’ comes from the Latin ‘intere’, and in turn from Old French ‘interest’ meaning ‘damage, loss, harm’. This implies the loss of opportunity of the rich when he borrows to others. It is therefore necessary to remunerate the owner of monetary capital when he lends his surplus to the poor or the entrepreneur. Interest will thus take the form of a compensation for the profits he could have made if he had himself invested his money in the real economy.

The defeat of modern economic thought

Moreover, a widespread current of thought among economists, the neoclassical one, justifies the existence of usury through the remuneration of the lender’s abstinence. According to this theory, individual prefers to consume immediately rather than in an uncertain future. So the borrower must be penalised for his impatience to consume immediately, instead of building his capital before consuming or investing.

This justification of neoclassical economists is based on a human nature always ready to consume more and in the immediacy, even if there is a need to draw on resources of the generations to come.

It is difficult to know whether finance has shaped our impatient and consumerist society, or conversely, if it has been an instrument at our service to satisfy our most materialistic instincts.

Another school of thought, the Keynesians, justifies the existence of interest through what they called ‘Liquidity preference’. Idle and liquid savings in bank accounts must be penalised in relation to less liquid savings invested on State or corporate bonds.

Keynesians could have penalised idle money in bank accounts by proposing a melting currency, as the economist Silvio Gesell advocated. Yet, they will prefer another approach, that is of remunerating illiquid savings by interest rates.

In that respect, nothing separates the different modern economic currents regarding our usury-based economy. Admittedly, the approaches are different to justify the use of interest. But they all justify usury, even the most Marxist ones.

But the neoclassical economists’ justification of usury is the one that is closest to the financialised and consumerist path taken by our societies.

Meanwhile, Keynesians were not so far from giving a bright future to our economy if they had to take over Gesell’s ideas for which Keynes had a high regard. In the notes of his book ‘General Theory of Employment, Interest and Money’, Keynes considered that from a strictly technical point of view, the principle of a melting money was “irreproachable”. He also added that “the future will learn a lot from the spirit of Silvio Gesell”.

A return to the wisdom of usury ban

The fundamental question of usury would not have arisen without the reality that individuals end up with a surplus of capital. This surplus called ‘savings’ is a residue; in other words, the remaining income after consumption.

The first approach, adopted by our banking system, is to estimate that this residue of capital reflects a responsible economic attitude. It must therefore be remunerated.

This “capitalist” approach favours monetary annuity by giving a cost to money. Hence, a transfer of wealth to the wealthy occurs to the detriment of poor economic agents who borrow to generate real economic activity.

Inequalities of wealth are exacerbated in this financialised vision of money and economy. Over time, these inequalities skyrocket to the point of becoming a danger to social peace.

There is, however, an old and sound vision of the treatment of surplus wealth: idle wealth is no longer seen as a privilege, but as a responsibility that must be reinvested in the business cycle.

The need for a new economic model

To avoid the accumulation of idle savings as well as the non-letting of real estate assets, the idea is to tax idle wealth by a social levy. That would be the opposite of the remuneration of savings by interest rates.

With this approach, a portion of the surplus wealth is taken from the wealthy who do not reinvest their savings in the real economy, and it is distributed to individuals in greatest need.

Mechanically, this approach also encourages the wealthy to lend to the States and the businesses without interest, to avoid the tax, and thus to find an economic utility with the zero rates.

This economic vision, which empowers surplus of wealth, responds to two ideas Gesell proposed to fight against the excesses of capitalism: melting money and the “fundamental” interest rate.

But contrary to Gesell’s Proudhonist vision of destroying monetary and land rent, the priority issue here is of tackling the monetary rent only: money cannot make money when it is lent, but can do when invested in the real economy and reap legitimate gains.

Some may wonder what interest can an investor have to lend without charging interest. In a non-inflationary economy, the interest is to preserve the money originally lent thanks to the zero rate, and therefore to maintain purchasing power and avoid the tax on idle wealth.

In other words, this economic theory is applicable only in a non-inflationary economy. Before the appearance of banknote, gold-metal was the main currency of trade. And apart from periods in history when gold production and looting generated inflation, gold production has always been contained.

Therefore, it seems necessary to set up a monetary standard replicating the qualities of gold: a limited quantity production per annum.

To this end, and as advocated by the French economist Maurice Allais, it is necessary to nationalise monetary creation, and prohibit the creation of money via loans, which is currently a monopolistic practice of commercial banks. The money must be totally issued by the Central Bank. This monetary policy is known as full-reserve banking or 100% reserve banking. In June 2018, a Swiss vote was held on the establishment of this sovereign money, but without success.

In a society that aspires to progress and would have opted for a sovereign currency, it is necessary to conduct a monetary creation policy to avoid a deflationary situation. Milton Friedman advocates the introduction of a constant growth rate of the money supply. But, this rate must be in line with a sustainable economy for our planet.

This monetary creation produced by the Central Bank, and not by commercial banks through loans, must be injected into the real economy. This monetary windfall is supposed in theory to mirror a growth of the economy. Thus, this extra monney materialises a progress obtained by the society as a whole, and should be considered as a social dividend redistributed to the State to finance its sovereign activities.

This monetary policy proposed here is a restrictive application of the heterodox economic vision known as Modern Monetary Theory. It is gaining popularity following the deadlock of expansionary monetary policies led by the European Central Bank.

Hence, in the economic model exposed in this article, the tax on idle wealth and the social dividend mentioned above, contribute to the state budget: on the one hand, it allows to finance its social action, and on the other its operating activities.

This will allow the State to reduce taxes on the middle and upper classes, including the elimination of income tax. We must bear in mind that this tax was introduced in 1913 in the United States to allow the payment of interest on the public debt. But in an economic model where the borrowing rate is zero, it is no longer a question of paying interest. It is thus possible to release labour income from a burdensome taxation.

The need for a democratic debate

To break the deadlock of our capitalist and hyper-financialised economic model, an open debate is necessary. We must open the debate to all citizens because the monetary and economic issues are everyone’s business.

It is necessary to decompartmentalise this debate hijacked by academic economists unable to leave their doctrines, none of which calls into question the poison that slowly destroys our societies: usury. 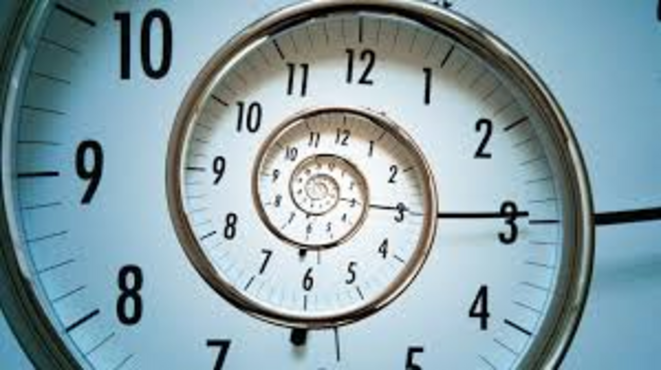