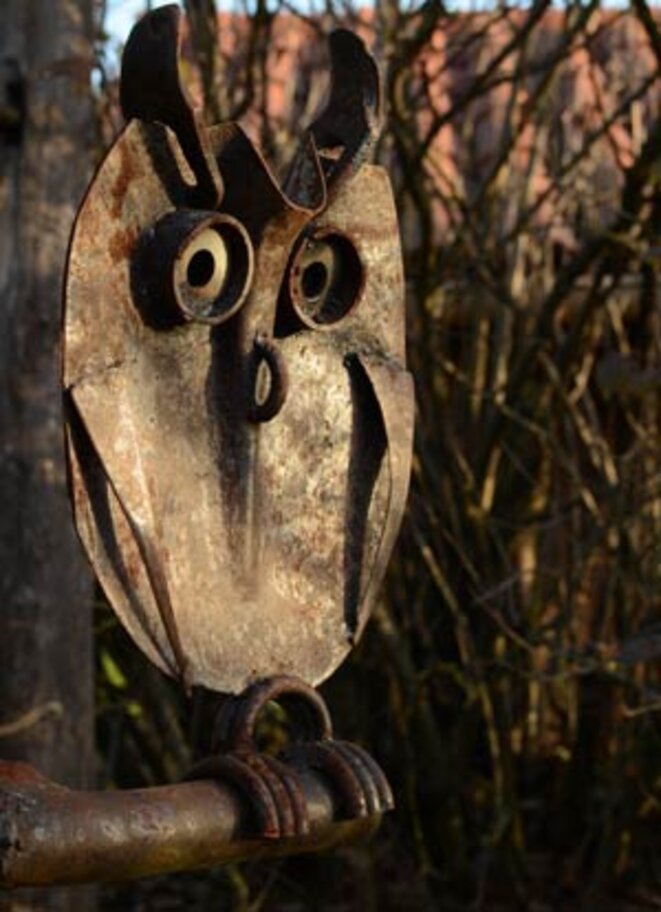 Assange away, does WikiLeaks remain trustworthy ?

Doubts are adding up about the integrity of WikiLeaks since the neutralization of Julian Assange. Arguments inside the related site Defend WikiLeaks are rather weak and unstructured. In top of that, WikiLeaks uses services of the organ LeighBureau, where officiates the French intellectual-instigator BHL. Not to mention the defense line of lawyers ...

By consulting the Defend WikiLeaks site, the citizen mobilized for the defense of Julian Assange is struck by the absence of synthesis, defense by theme, clarity, and simply the lack of defense of the man Assange.
The case of "rape", the texts of laws and Human Rights that have been violated by the authorities of European states, the Russia Gate ... None of these themes are accessible simply, no concise reminder of important elements is clearly exposed.

On WikiLeaks.org, the "partners" tab leads to the media logos that have published the worst untruths against Julian Assange : The Guardian, The World, Mediapart ... WikiLeaks continues to credit the media who attacked Julian Assange's face head-on, without any regard for journalistic ethics; those newspapers have filled their articles, following the arrest of Julian Assange, with the terms "rape", "accusations of rape", "sexual violence". WikiLeaks.org does not publish any thorough argumentation to dismantle the Swedish case. At the heart of this case, the enigmatic plaintiff Anna Ardin, whose activities may be related to the CIA, is not even named on defend.wikileaks.org.

In February 2018, Defend WikiLeaks missed the opportunity to reopen the Swedish case in favor of Julian Assange. The enormous work done by the journalist Stefania Maurizi with her newspaper La Republicca just payed off : relying on the British FOIA, the "Freedom Of Information Act" which allows to claim access to state information deemed confidential, it had recovered e-mails from the Swedish courts and the English Crown Prosecution Service, the CPS. Defend WikiLeaks does not report the extreme cynicism of some CPS magistrates writings along discussions about Assange living conditions at the Ecuadorian embassy, ​​and publishes the crucial revelations not in a dedicated article, but in the "Live", a web page whose content is equivalent to one or two hundred dense A4 pages. If you manage to reach the point, it means you are an expert looking for it. Defend WikiLeaks still reports the pressure of the CPS made on the Swedish prosecutors not to organize a hearing of Julian Assange in London, and thus simmering the preliminary inquiry started through the sexual acts of assisted witness Assange together with, especially, the plaintiff Anna Ardin . But rather than linking the excellent paper from La Republicca published in English language, Defend WikiLeaks refers to the very insipid article of The Guardian, which minimizes as much as possible the impact of the revelations obtained through the sweat of Stefania Maurizi.

A pitiful but consistent defense

On 2019 20th of July, the editor of WikiLeaks Kristinn Hrafnsson justifies on Consortium News, the abandonment of the appeal that the defense of Assange had committed to challenge the 50 weeks jail sentence. Hrafnsson explains that this lawsuit took "time and resources". It should first be noted that Assange's lawyers did not publicly communicate on this "decision" which is primarily lawyers’ and not Hrafnsson initiative. Strange. Let us note that "resources" include finances ; and that if WikiLeaks is counting his pennies for Julian Assange's defense, the organization is less eye-catching about what the services of the American LeighBureau can cost him, an institution which is "serving business and cultural audiences worldwide since 1929". It harbors economists, management consultants and other HighTech-businessmen, as well as the "intellectual public" Bernard Henri Lévy; his influence in the French press is, according to the journalist Aude Lancelin, very intense within the weekly newspaper L'OBS. This journal distinguished itself thanks to an almost complete silence about the Assange case since its kidnapping at the Embassy of Ecuador, treating the subject as a minor news item.

The official defense of Julian Assange, whether it is related to the leaders of WikiLeaks or his team of lawyers, has a singular characteristic: it does not really defend the man Julian Assange, his ethics, the coherence of his action through WikiLeaks or before 2006. The London lawyer who monopolizes the attention of the audio-visual media, Jennifer Robinson, communicates almost exclusively in the name of the freedom of the press or free speech. Jennifer Robinson is in particular echoed by the group of lawyers "Doughty Street Chambers" among whom she is an active member ; they publish on the Net its flagship quotes: "Whether or not you like him or not ... it does not matter ... this case is emblematic of a global push back on free speech ". It is allowed to doubt that Jennifer Robinson "likes" Julian Assange; it is obvious, however, that her choice is essentially to defend the symbol of freedom attached to Assange. This bias has the effect of avoiding systematic confrontation with the lies published in the press about the "case" personified Assange.
The Defend Assange site is equally elusive: "Let's not be fooled. The reasons for extraditing Assange have never been hacking, rape, espionage or narcissism [...]". In the absence of an explicit contradiction of the enumerated grounds, the ambiguity remains as to their validity. Assange's ethics are not defended, even being potentially attacked by his own defenders.

Thus, the most disturbing convergence is the one mixing the strategy of official defense with the slogan widely diffused in the Western press: to defend Assange in the name of freedom - of the press or of expression -, while condemning, explicitly or implicitly, the ethical or political behavior of Julian Assange. In addition, this strategy contains an abysmal gap: the fact that almost all the rights normally attributed to each citizen in any good democracy, were swept to the detriment of citizen Assange; and this, on European soil. This means that any European citizen who questions, near or far, the legitimacy of European state powers, will no longer have any guarantee that his rights will be respected by the judiciary.

Arbitrary against free will

By ignoring the accumulation of illegal acts perpetrated by the European judicial and state authorities against Julian Assange, the defenders of Assange let run the most serious of dangers: the one that threatens the rights of citizens expressing legitimate claims. After Assange, on what justice can we count, we citizens?

Our defense groups would not have grown up if we did not have the conviction that Julian Assange is a man respectful of others. He is not an asexual angel either. A certain attraction to sex may have attracted the troubles we know. But the factual elements that we have in hands (linked or not to the Swedish case) lead essentially to the description of a man who is paused, right, able to control himself, showing a long-term coherence between his acts and his individual and collective ethics.

We would never have put our volunteer energy to its benefit if we did not have this conviction, for the sake of efficiency too: it is impossible to defend a morally reprehensible man against the arbitrariness of the ultra-powerful forces he has challenged. Against this vindication, it is impossible to defend a man who made doubtful political choices. We consider that the accusations of pro-Trump maneuverings have no meaning. The absence of evidence two years after the US elections goes in this direction. More fundamentally, in 45 years of existence (age he had in 2016) before and after the creation of WikiLeaks, he always acted according to his pacifist ethics, never according to short-term political aims. His principle of action is an ethics of transparency vis-à-vis the powers, which he also applied to himself by explaining it by his writings, exposing his philosophy of life consolidated by philosophical readings, and a continuous adjustment of his actions-reflections that his public life allows us to evaluate over a long time. The protection of whistleblowers was flawless (see the extraordinary exfiltration of Edward Snowden to Russia) until, most likely, the United States used illegal methods to steal computers ending to identifying Chelsea Manning (see Julian Assange's 2013 Affidavit).

Finally, it is necessary to believe in the ethical correctness of this man, to imagine a chance to defend him effectively. The reason is that only popular support can hinder the willingness of states to bring down Julian Assange. Now, popular morality, close to what George Orwell called common decency, forbids them to defend a man's cause if that man is not morally acceptable himself. Excluding citizen apathy, the weakness of popular support for this man who has enlightened the peoples of the world, means the success of the anti-Assange propaganda led by the Western mass media, which are now almost all in the hands of tycoons concerned with their private interests. The term "propaganda" is amply justified by the demonstration made in our edition of the errors, deontological faults and fake news disseminated in the press.
Those who claim to defend the symbol and not the man submit themselves to a deleterious institutional logic, that of these post-democratic institutions (to quote the polite term of the British political scientist Colin Crouch) who gather all their forces to defeat Julian Assange.

LATE but not Least

On July 20, the editor of WikiLeaks interviewed on Consortium News, claims to have seen Julian Assange two weeks before, and that he remains in the prison hospital Belmarsh in a state of health "stabilized" though precarious. According to him, his lawyers would have "increased access" to Julian Assange. However, he does not give any precise element of the circumstances. For example, what legal framework allows him to visit Assange in prison, while generally only lawyers or family have the right to visit. Above all, the lawyers, Jennifer Robinson at first line, have not communicated on this for two months. The silence of the lawyers makes that we have no solid certainty about the fate of Julian Assange for two months now. What is undeniable is that the incarceration regime of the anti-terrorist establishment of Belmarsh does not provide Julian Assange, neither health-wise nor logistically, the minimum framework to guide his strategy of defense. Julian Assange is totally dependent on the defense strategy of his lawyers and WikiLeaks staff. What they let us see from it worries us a lot. More than a lot.