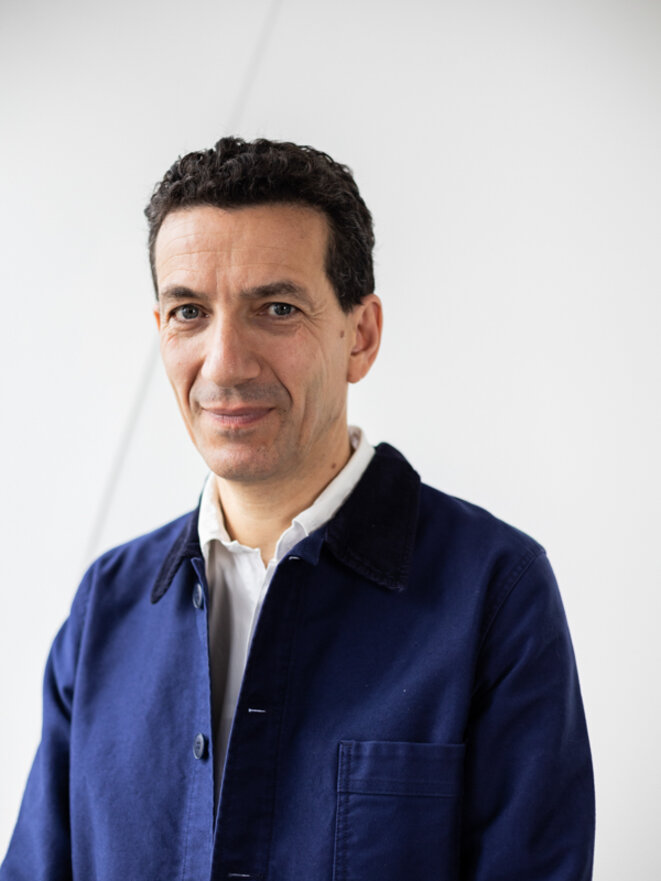 Mediapart contributor Hussam Hammoud, 30, who currently lives in Turkey, applied for what is called a “humanitarian” visa in order to travel to France and, once on French soil, to apply for asylum in the country along with his wife and two young children. But on September 5th he received a cold and impersonal email rejecting his request. Outrageous.

Hussam Hammoud, 30, comes from the city of Raqqa in central Syria. His career as a journalist and activist began at the time of the revolution against Bashar al-Assad in 2011. Since then, and despite the dangers he has faced, he has continually reported for various international media, including Mediapart, about the reality of the situation in Syria, often in partnership with French journalist Céline Martelet.

In October 2019, after being the target of threats from several armed groups, he was forced to leave Raqqa along with his wife and two children when the international coalition withdrew from the area. He subsequently managed to reach Turkey, where he settled in the city of Gaziantep (see his latest report from Turkey here).

Earlier this week, and in preceding weeks, he received death threats because of his work investigating the Islamic State group’s funding network in Turkey. He lives in fear of being attacked in the street, and for the last few days he has rarely ventured outside his home.

He detailed the story of how he had to urgently flee Raqqa, and many other aspects of his personal and professional life, in two lengthy meetings, in May and June, with officials at the French embassy in Ankara. He told them about his activism against the regime of Bashar al-Assad, about his combat against the Islamic State group, his arrest by foreign jihadists and the subsequent torture he endured.

He did so as part of his request for a so-called “humanitarian” visa which would allow him to travel to France, after which he could apply for asylum for himself and his family. Numerous Syrian journalists have successfully followed that very same process.

“Hassam has given his all for me and other journalists in journalistic investigations to document, again and again, the crimes of Daesh [the Islamic State group], their activities since the fall of Baghuz, and this without any protection – he has no press card,” said Céline Martelet, speaking to Mediapart.

Céline Martelet first met Hussam Hammoud in May 2019 when she was in Raqqa preparing a report about the late French brothers Fabien and Jean-Michel Clain, both members of the Islamic State group and based in the city, where the jihadists had their HQ. “It’s thanks to him [Hussam Hammoud] that I localised Jean-Michel Clain’s apartment, and above all the foreigners’ office where we discovered Daesh documents, notably identity cards produced by Islamic state, and an accounts book containing hundreds of names,” she said. “Hussam asked me to take them back to France which, with [journalist] Edith Bouvier is what we did. The documents were handed over to the PNAT [French prosecution services’ anti-terrorist branch]. When I was being questioned to explain how this evidence arrived in Paris, I mentioned Hussam several times. The agents who were questioning me said, ‘he must be questioned also, his work is very important’.” (See the BFMTV report, in French, about the discovery in Raqqa here.)

But on Monday this week, Hussam received a cold and devastating email from the French embassy in Ankara, which read: “Madam, Sir, I have the regret to inform you that that the request for the protection of your family has not been accepted by the French authorities. For your information, I can inform you that you have the possibility of addressing yourself to the United Nations High Commissioner for Refugees (UNHCR) in Turkey. You can challenge the refusal decision before the Commission of Appeals Against Decisions of Refusal of Visas for Entering France, by writing, within a period of two months as of the date of notification, to the following address: CRRV, BP 83609, 44036 Nantes CEDEX 1.

Hussam Hammoud reacted to the email with this post on Twitter: “Destroying someone life and dreams is so easy by someone who has everything! Today my asylum request to #France was rejected without any explanations. Idk what I could provide more than all the investigations I’ve worked on for the biggest French media agencies. Merci pour rien!!”

He told Mediapart that he was given no explanation for the refusal.

Numerous fellow journalists have expressed their support for him. Writing in French daily Libération, Franco-Syrian journalist Hala Kodmani said she “would like to believe that the holidays of those at the interior ministry with best knowledge of the Syrian situation was the reason for a bureaucratic refusal in the middle of August”.

The Élysée Palace has been contacted. Hussam Hammoud is awaiting precise explanations.  So are we. In his case, there is still time for France to show itself to be equal to its values. The rejection of his asylum request is appalling on the part of the French state, and an indignity that rebounds upon ourselves as citizens of this country, and journalists.

Everything was ready for welcoming Hussam and his family in France. Accommodation had been arranged, as well as places for the children at a school. The latter have already begun learning to speak in French, just as have Hussam and his wife Fairouz.

See Hussam Hammoud speaking to Mediapart, in English, after his application was rejected.