"We think we die for our country, we die for industrialists" For some time now, we have the feeling that something's wrong in our world. And this is not about the planet earth, but about the world we created for ourselves, which we've let be created without any intention of taking it into our own hands. Yes, we are totally passive and apathetic. 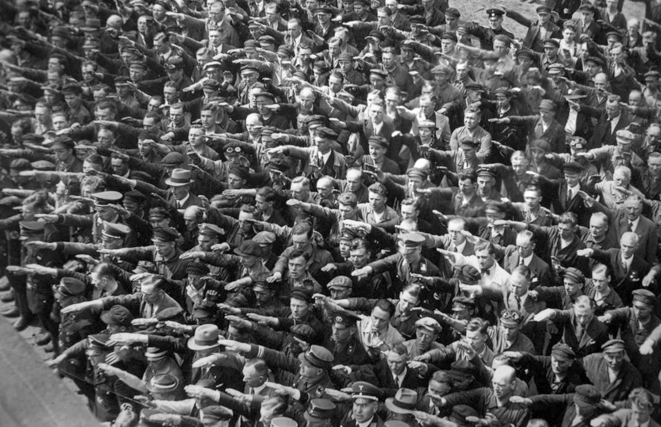 For some time now, we have the feeling that something's wrong in our world. And this is not about the planet earth, but about the world we created for ourselves, which we've let be created without any intention of taking it into our own hands. Yes, we are totally passive and apathetic. Our excessive thirst to exist, to be loved, is condensed in the wonderful life offered by social networks. And that seemed to satisfy us. But the earth is shaking. Human beings seem to be waking up, in spite of the generalised stupidity, in spite of the incredible striking force that the great industrialists are trying to deploy, relayed by politicians, themselves relayed by the vast majority of the press. It’s only a tremor, certainly, but very palpable.

Succesive strikes, social movements, the overthrow of certain presidents, the refusal to consume, protests, everything shows that a growing number of our fellow citizens, all citizens, all over the world, are beginning to dream of a better world. A world that would not necessarily be based on the slavery of the poorest, on the enslavement of the weakest. A world that could share more equitably, ethically, aware of our impact on each other. Yes, the pot is quivering more and more. Chile, Russia, several European countries, Syria and others. The movement is starting to explode. Yesterday, a 22-year-old man set himself on fire in front of a university restaurant in Lyon. Morales is on the run and chaos is settling in Bolivia. The Lebanese people are rising up against their leaders, and the police are firing live bullets into the Hong Kong crowd. All this horror can’t go unnoticed.

We feel this change, and we are afraid of it. We are seized by panic when we project ourselves into a future where the basis of our education, of our civilization, is about to be destroyed.

Yes, we are afraid and that is quite normal. How can we imagine a world without laws, where  the strongest will take over all the others, without panicking?

We are blind. Because this situation has been in place for a long time. It is the richest, the most influential, the most corrupt, the strongest, therefore, who lead and shape the world. And soon other planets (!) We have been fooled, engulfed and scorned for a long time. War is no longer necessarily on a battlefield but on a computer screen. And the one-click orders from a sanitized office in a business district to sell shares or lay off 5,000 workers replaced the screaming orders from generals stashed in the back while kids are about to get kill at the front. Nothing has changed after all.

Anatole France already wrote that, about WW1 in the newspaper "L'Humanité" in 1922: «We think we die for France, we die for industrialists».

Yes, every day we die to let the boss of the company who made the smartphone indispensable keep growing fat.

Yes, we’re willing to be stepped on by the family that makes your car and the gas we need to put in it, essential for this family to increase its dividends by several billion. Yes, we accept that children are martyred, removed from their childhood, to make us wear state-of-the-art sneakers or eat delicious chocolate.

Yes, we don’t care about the impact of an airliner bringing us to an exotic country, where other slaves will pretend to welcome us with open arms.

Yes, we’re all responsible for this chaos that’s coming out. I’m not stigmatizing anyone because I’m including myself in this crowd of anonymous bastards. I just don’t want to be a part of this anymore. I want to be a free man, aware and happy without crushing others.

But how can I do it?

I don’t know. I have no idea what we could do.

There are a couple of possibilities. As Coluche said, “If people don’t buy them anymore, it won’t sell”. But can you ask a drug addict not to touch the heroin you just put in front of him? It’s impossible.

We are drug addicts and industrialists are “dealers”.

We could hijack the presidential palaces, take the big CEO’s office as hostage, the datas center too, but violence remains an act that leads to another violence. So what do we do?

How can one be an August Landmesser*? This German worker who didn’t do the Nazi salute, in a crowd with his arms up?

When I discovered this picture, I wondered how to be as brave as that man.

Maybe he wasn’t so brave? Maybe he was just acting on instinct. Maybe he didn’t naturally want to follow the herd, without asking himself some questions. Looking at his face, one can read the doubt, the questioning and also a little smile that seems to say: "But you are serious?". 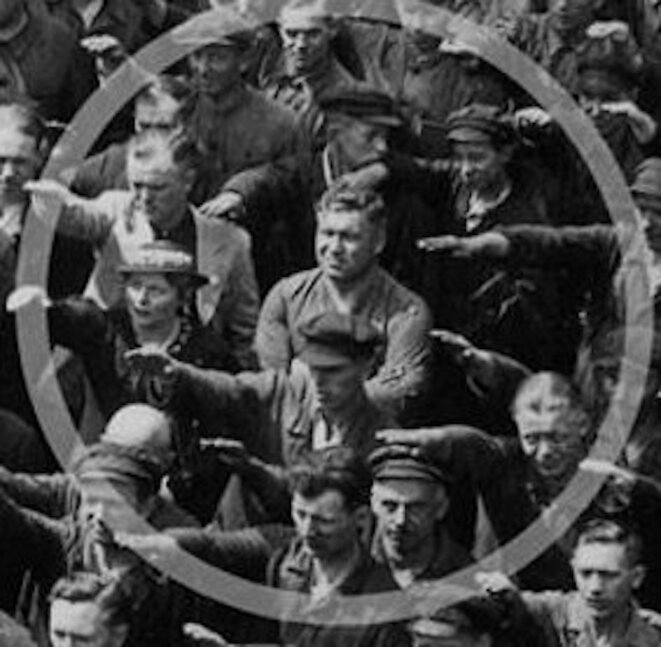 Maybe it’s time to stop, to sit down, to look around, to talk, to listen, to think by ourself. The time has come to unplug the tv-social network channel, to read, to cultivate, to exchange, to dream, to admit, to be happy of what we have, without being afraid of having less, because we already have much (too much) . Maybe it’s time to cross our arms, between friends, family and neighbours. Maybe it’s time to stop drinking the money mill of the powerful. Perhaps it is time to wait, in calm and mutual aid, for those who lead us to end devouring each other. Life is elsewhere, we feel it inside  us. Life is not a something organised by someone who pourly pays you. Life does not need to be won. It was given to us at birth. It is up to us to make something positive of it. Without anyone telling us how to be happy. The human race is young. Too young to have such powerful toys. So let’s grow up, let’s put the toys aside and let’s sit down for a while.

It’s time to be August, too. 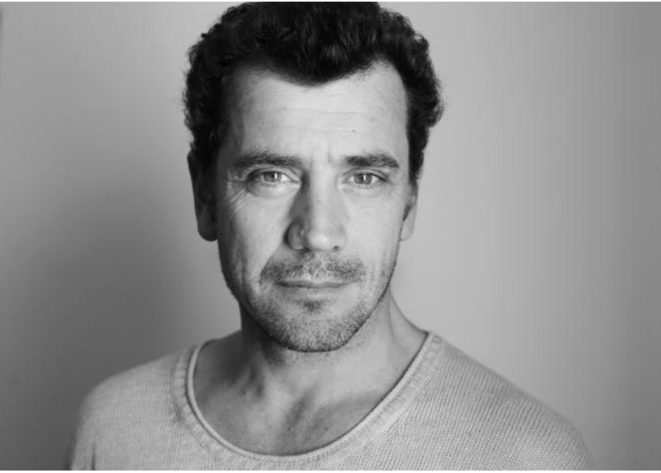