Jonathan Buchsbaum has published "Exception Taken: How France Has Defied Hollywood's New World Order", a book on the French cultural exception which shows that one can resist the steam-roller of the American industry. It is particularly timely when the Trans Atlantic Free Trade Pact is still a threat. 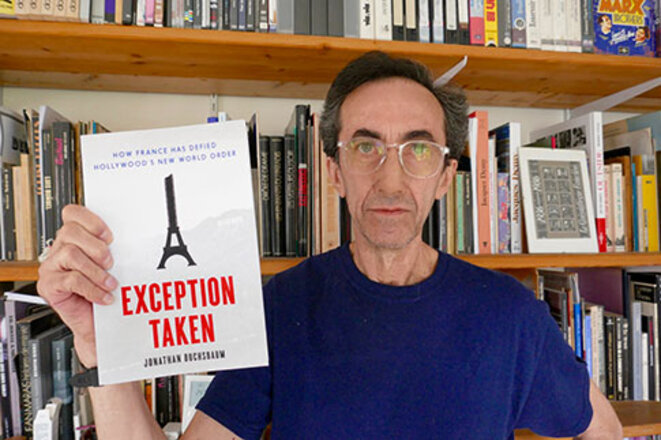 It’s always amazing to see that some foreign experts often know more about certain aspects of our culture than our own savants. I noted this in the United States and Japan in relation to music viewed as marginal in France. Now Jonathan Buchsbaum has published Exception Taken, a book on the French cultural exception which shows that one can resist the steam-roller of the American industry. It is particularly timely when the Trans Atlantic Free Trade Area (TAFTA) is still a threat.

By 1980, the American film industry was recovering after the steep decline in audiences in theaters during the twenty years after World War II. It was the time of the beginning of blockbusters like Jaws by Steven Spielberg and Star Wars by George Lucas. In France, Jack Lang began taxing television to finance French cinema by passing rules which required the stations to invest in the film industry. The American film industry flourished as the European national cinemas went into decline. In 1993, refusing to apply the rules of GATT to culture, France succeeded in convincing its European partners in the European Union to support the cultural exception, protecting each country’s right to decide on its own cultural policies. In 1999 the protests in Seattle against the meeting of the WTO demonstrated the opposition to the neo-liberal system, but the attacks of September 11 will land a fatal blow to the Anti-globalization movement. In 2005 UNESCO voted in favor of the rights of people to cultural diversity, a declaration overwhelmingly ratified in 2007. French film production remains prolific today, while Italy, UK, and Germany lurk far behind. These countries will have a hard time overcoming their lag. The cultural exception shows that one can resist the firepower of the United States disseminated by its Soft Power.

Spending a month in Paris every year, in particular at the archives of the French National Film Office (CNC), and with multiple interviews with French filmmakers and policy makers, Jonathan Buchsbaum, professor at the Media Studies department at Queens College, City University of New York, took ten years to write his book.