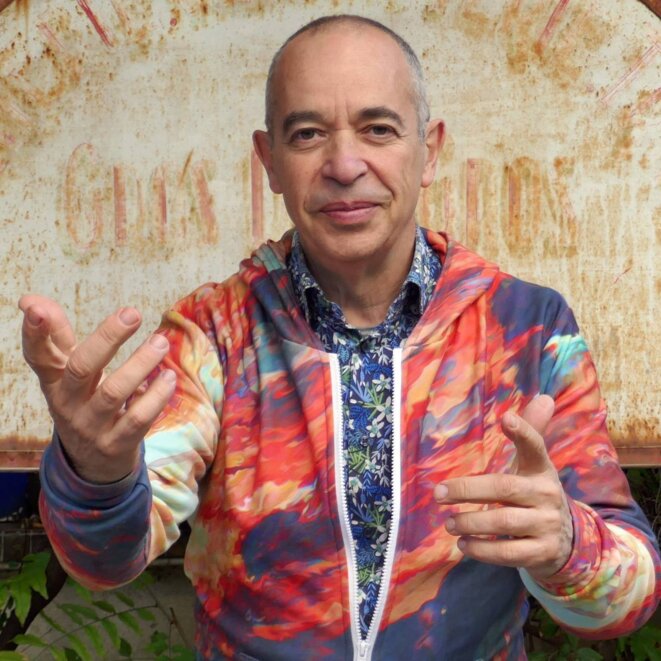 To Invent New Ways of Resistance

There are so many ardent and well-informed professionals and enough commentators to allow me to avoid commenting on the topics that are on the front page. It isn’t that I live in another world or that current events don’t interest me, or even that I prefer the distance of history and philosophy, but my voice would add nothing to what is already circulating. I prefer therefore to write about films, music, books, exhibitions, spectacles that the press says little about, preferring sympathetic accounts to getting even. My wry comments sometimes go against the unanimity which gets my back up. For example the anti-Guerlain demonstrations seem to me disproportionate when racism spills out everywhere. The old man apologizes for its verbal excess, while in France the descendants of its former colonies, black and north-African, suffer still from segregation everywhere they turn. Similarly, it is difficult to attack this or that report of delocalization when everyone takes advantage of cheap labor, more exploitable elsewhere than here. Plus-value when you can! How can you fill your golf cart or your shopping bag without being complicit? The only ones who can escape it are dying of hunger.

On Sunday I was talking with a non-striking female teacher, a yellow as it is customary to call them. This young friend, devoted to her students in a tense suburb, would have the impression of abandoning them if she joined the protest movement. She is frustrated to be against the government and furious about the working conditions she has to live under, but she is not persuaded by the effectiveness of the strikes. She feels herself a straw in the wind and does not appreciate that unity makes for strength. I remind her that without the strikes of 1936 she would not be able to go on vacation this morning and that without 1968 her quality of life would be reduced. Her class origin does not favor her consciousness of this, but so many individuals act against their interests, voting even for their own torturers when the democratic illusion pushes them to go to the polls.

Over the course of the discussion, we reach the modes of resistance which are offered to us to maintain that perhaps the strikes are not the best way to get our demands met, especially when they are unpopular. If imagination must regain power, is it not necessary to demonstrate inventiveness also in this domain? Since one convinces no-one who does not want to be convinced, must we not find the ruses to rally to our side the skeptics, the demobilized, the fearful, the disaffected, in short all those who feel sympathy with the movement without participating in it, and even all those who are unable to join because the clamor and chaos upset their habits and their little comforts, however modest? It’s not enough to go walking along the big roads festooned with some banners. The issue is vital, the demonstrations must become viral. When one imagines making public transportation free rather than blocking them they tell us that it’s against the law. Since when must we obey the law if it is unjust and absurd? Instead of emptying the gas stations, let’s attack them and serve ourselves at the self-service!. If one wants to attack Capital in its wallet, since that is its only “value,” let’s refuse to pluck our own feathers. Let the teachers open the school doors and welcome the professionals in their disciplines to recount the History of France as it happens daily. The strike of the ardent can be joyous if the new strikers take time to do their work in a proper fashion instead of following unbearable rhythms. Let them build human links, of conviviality, of cordiality, of solidarity, of notions that Capital tries to smash to produce a return ever more lucrative. Let the bank employees show us the figures, let the tellers at the Bobigny Police Station speed up their work cadence to provide resident permissions and regularize the undocumented, let the unjust and destructive orders no longer be followed! Then the strike will become a permanent insurrectional process. We won’t be able to live differently and we will find pleasure at work. What do you want? One can always dream. There was a time where to see dreams as reality was the only directive. Let everyone understand it now.

Thanks to Jonathan Buchsbaum for translation.