AMAZON, I HAVE SEEN YOU

Certainly, the faster the Brazilian people get rid of Bolsonaro the better, but let us be clear: there is the basis of the production and consumption model of financial capitalism, its voracity, which is challenged by the flames of the Amazon. We must build together another way for living in society, other relationships between men and with nature.

Trees, birds, people... are burning. Bolsonaro aggravates the ecocide of the Amazon, a phenomenon started a long time ago, with the submission of nature and living conditions to the interests of financial groups. Amazon, smoke signals, universal language to decrypt, we can also read forests ransacked in Indonesia by agribusiness lobbies, Alaskan natural reserves delivered by Mr. Trump to oil companies, stifled seas, rivers poisoned ... Certainly, the faster the Brazilian people get rid of Bolsonaro the better, but let us be clear: there is the basis of the production and consumption model of financial capitalism, its voracity, which is challenged by the flames of the Amazon. We must build together another way for living in society, other relationships between men and with nature. We must understand that we are the guests of the planet, not her master.

I was in Amazonia, I lived there, I have seen. In 1994, following the Rio de Janeiro summit of 1992, several scientific missions were set up, I was part of it. But faced with the dimension of the disaster and the helplessness that we felt as researchers, I could only utter a cry, a cry that I tried to capture in a poem. I have the feeling that the poetic word can help us, I do not yet know how.

AMAZON, I HAVE SEEN YOU

a river with burst banks / like maddened horses / running scared /

and the depth of dreams / in the ripped fields

playing like the bigger ones / their lives in their hands

I have seen trees

trees begging / for other skies to come

I have seen the earth

the earth in ashes / wrecked as far as the horizon

mother earth / our sweetheart / creator of song / and the bones

of voices / and of fish

a shamed earth / with no face for flowers

I have seen parrots crying / the absence of their loves

I have seen cows

highways of cattle / nose to tail towards market

my kingdom / for a cow

one cow / for seven forests

one forest / half a hamburger

(a few dribbles of ketchup / as tribute to the tomato

a few grams of mustard / in the innards of bread)

to age-old plants / for their peaceful sleep

I have seen peasants

their hard hands / their soft words / and their unsullied hopes

I have seen poor people’s tables

the rice silent / honouring the moment

the farinha sharing / her modest joy

I have seen hope

a branch budding / remembering the embers

a loving monkey / a flower in its mouth

and a shining child / scattering smoke

graceful açaís / dancing with the moon

and a chestnut tree proud / as a king with no borders

reciting poems / for the return of birds

I have seen faces

solemn faces / searching in the haze /

for the light of an apple / before the serpent

constellations of faces / looking for sense

looking for traces / in the contours of sadness

constellations of gazes / beneath the Southern Cross

since before / the fire was subdued

since before / the axe was freed

since before / the Word was praised

The Southern Cross / root of light

and beginning of a silence / we have yet to hear

I have seen lights

dappled lights / tattooing messages / on the back of the river

lights burning the sky / so the night can / keep its promises

the same circular rite of death

light resting on lips / after the first kiss

lights caressing tree trunks / to discover the age of their wounds

I have seen waters

waters in all forms / waters as rivers

carrying ancient freight / in hopeful fleets / to the sun

signs of the fall / toward the ignored springs / at the heart of the future?

waters recounting / plant legends / that nobody knows  how to hear

waters as marshlands / like mirrors of mud / reflecting mute skies

waters as coal / making the shapes / of the last farewell

I have seen waters

as rivers / as rainfalls / as mirrors

of the future of seeds / in a furrow of new corn /

or the charms of wind / from the beginnings of love

I have seen hands

hands which know / how to build the world

how to be song / how to be mother

how to be chisel / how to be mud

hands of light / shining on jars

hands of honey / pulling out thorns

in the heart of the cane

I have seen hands

hands crossing Brazil / looking for a plot / of earth to love

I have seen a point

a point on earth / to consider my own stature

are branches or dreams

I have seen a point

a point in time / for a hollow of calm

a point in childhood / to protect tenderness

a point in youth / for an explosion of flowers

a point at my age / like a thick skinned grape

that point to summarize / the wise plants' sap

to weep for everyone

for the earth in ashes / for the innocent cows

for the broken trees / for the mourning birds

Xingu: A tributary of the Amazon River 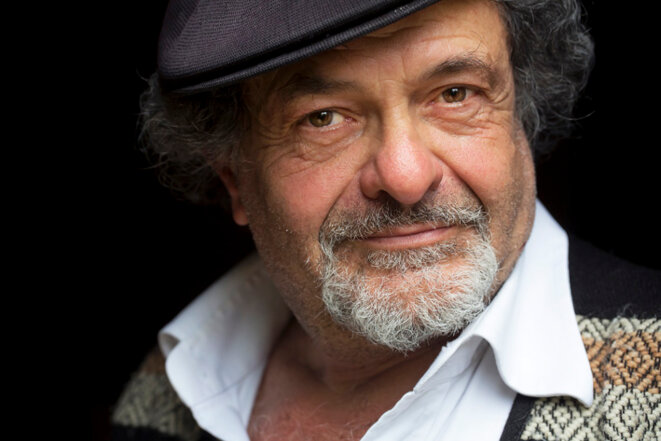