Henda Ayari, a year and a half of investigation : Assessment

On October 19, 2017, Henda Ayari filed a complaint against Tariq Ramadan accusing him of rape in the wake of the #MeToo and#BalanceTonPorc movement. A year and a half later, the investigation’s outcome shows that the forty-year-old woman has lied many times 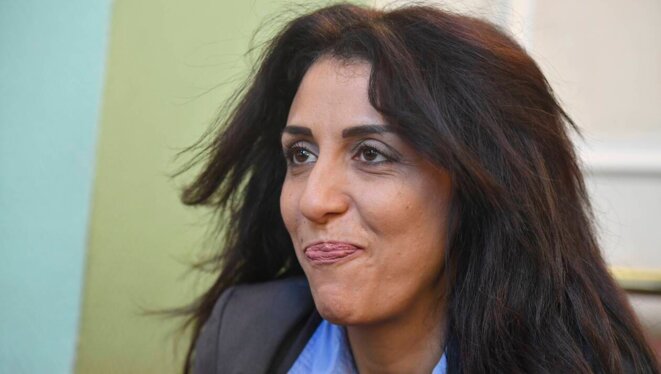 What happened between Henda Ayari and Tariq Ramadan? Henda Ayari’s many versions have all been undermined. A year and a half since the investigation begun, the Criminal Brigade’s findings are astounding. Indeed, Henda Ayari has been questioned by her own witnesses all of whom describe her as "mythomaniac," "lying," "manipulative": this is what emerges from the various testimonies of people close to Ayari who were interrogated by the police and then by the Criminal Brigade.

The two other plaintiffs, Paule-Emma Aline and Mounia Rabbouj, both accuse Henda Ayari of having lied via social networks. They also question the accusation of the alleged rape charges. Her versions, that have constantly changed and contradicted each other, were not coherent either. Indeed, she hasn’t been able to name any date or place of the alleged rape.

Henda Ayari’s versions, as the many hearings show, reveal many inconsistencies and proven lies. She provided three different dates and places [related to the alleged rape]. Her own family, as well as Tariq Ramadan's lawyer and the Criminal Brigade, have provided evidence proving that none of those dates and/or places correspond to the truth. Indeed, the judges had requested that all the Tariq Ramadan's visits dates during the spring of 2012 be included in the file. A year and a half since the investigation began; there is no provided date or place for the alleged rape.

The witnesses cited by Ayari have also questioned either her personality or her versions. In their hearings, they point to her "mythomaniac" character and talk about her many "lies". None of her friends confirmed her testimony. On the other hand, the Criminal Brigade now has a better understanding of the plaintiff's judicial past. She pretends to have lodged numerous complaints for harassment, but men also lodged complaints against her for the same reasons. She would regularly use "blackmail, threats and harassment" as confirmed by a source close to the file.

Finally, the messages she sent after the meeting and which were added to the file, prove that she harassed Tariq Ramadan. In some text messages she begs him to meet her again, while in other messages she threatens to "destroy" him if he does not respond to her advances.
We, therefore, are dealing with a psychologically disturbed person. This is confirmed by the phone taps made without her knowledge by the investigators in August and September 2018. One can hear, among others things, Ayari telling one of her interlocutors about her stolen mobile: "If the pro-Ramadan put their hands on it, they will be in possession of extremely serious and compromising elements."
It seems that Ayari is hiding some information, but so far, the judges have not yet sought to know what is it about.

Ayari has since confessed that she maintained relations with notorious opponents of Tariq Ramadan including the controversial essayist Alain Soral, the sociologist Vincent Geisser, the propagandist Caroline Fourest and the paparazzi Jean-Claude Elfassi who is already involved in an ongoing court case. Elfassi manipulated two young men and pushed them to lodge a complaint against the Youtuber JeremStar. He is also very involved in the Tariq Ramadan case as he was accused by the third plaintiff, Mounia Rabbouj, of having tampered with evidence, especially prior to his hearing before the judges.

Text messages between Elfassi and Ayari, exposed by Mounia Rabbouj who accuses Ayari of lying, revealed that they [Ayari and Elfassi] spoke of "collaboration".Finally, according to many sources close to the file, Elfassi himself introduced Ayari and Mounia Rabbouj to his friend, lawyer Francis Szpiner in order to represent them.

Who is the accused, who is the victim? Tariq Ramadan has spent nearly 10 months in prison based on false accusations made by Ayari. The latter has harassed Tariq Ramadan several times and threatened to destroy him as evidenced by the many text messages in the Criminal Brigade’s file. She has changed her version four times since she filed her original complaint and all of her witnesses are distancing themselves from these versions. The Criminal Brigade’s findings are clear: Ayari is not convincing. Only the judges pretend to still believe her.