Tariq Ramadan: the inconsistencies and revelations of the "Swiss file"

"Brigitte", "Maïmouna", "Régine" (according to the many names that appeared in the press or on social media networks), the Swiss plaintiff, will have to confront her own contradictory statements before the Swiss court. In fact, it [the court] will have to investigate a file which, as of now, is dogged by inconsistencies (which the witnesses said were countless) and suspicion of collusion. 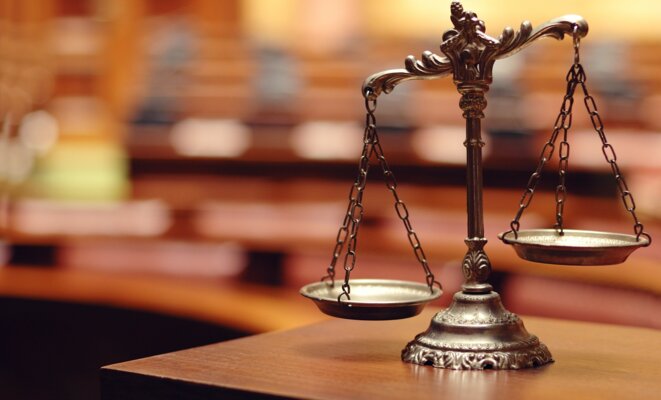 This complaint was announced well after the first three French complaints were lodged, while Professor Tariq Ramadan was in prison. It is nothing but a strange story, a carbon copy of the first two depositions, which –as we know by now- have ended up resembling one another. It was revealed on social media networks by "Christelle", Paule-Emma Aline, the day before the complaint was officially filed on April 13 in Geneva. Although Paule-Emma Aline denied in her testimony before the judges in September 2018 to have been in contact with the Swiss plaintiff after the latter filed her complaint, however, she posted a note on April 12, 2018 revealing the upcoming complaint: "Tic-tac-tic-tac... the countdown is launched... you should have surrounded yourself with better people you fat guy, Game over man, surprise coming".

In addition, exchanges between the two women and more than twenty photos of the Swiss plaintiff were found on Paule-Emma Aline’s computer by experts from the French investigations.

According to sources close to the file, there is an ample evidence to suggest that the two plaintiffs have been in contact since the beginning of 2009, even before Paule-Emma Aline and Tariq Ramadan had met in October 2009. "Brigitte" under the pseudonym of "Maïmouna" has been making interventions on social networks since 2008. Her name appears on Khalil Zeguendi’s blog ("Bruxellois, peut-être"), a notorious opponent to Tariq Ramadan, known in Belgium for being disturbed, both psychologically and ideologically. She posted comments and "revelations" about Tariq Ramadan under different pseudonyms. She never spoke of rape; neither did she mention it in her emails to Khalil Zeguendi.

During this period she got in touch with Paule-Emma Aline, Caroline Fourest, Nacira Menadi ("Vanessa" from BeurFM radio and Yasmine Kepel’s friend), Denise (who provided the French justice with key elements exposing Paule-Emma Aline’s lies), Ian Hamel and Majda Bernoussi.  She is omnipresent on social networks under the nickname of "Maïmouna" and other different pseudonyms, not hiding her wish for the intellectual’s fall and encouraging women to speak online.

She posted on social networks many photos of her with Dieudonné, saying he would be the godfather of one of her children. According to sources close to the humorist [Dieudonné], Maïmouna was snubbed by his wife due to her inappropriate behaviour. It was through Dieudonné that she must have been in contact with Alain Soral, a staunch opponent of  Professor Tariq Ramadan and who is omnipresent in the first two French plaintiffs’ testimony.

In recent years, she has been in contact with Ian Hamel, a retired freelance journalist from Geneva who has written a book and over a hundred articles against Tariq Ramadan to whom he addressed a death threat in 2007.

She posted many messages on Lucia Canovi’s page, who also led a campaign against the Swiss Islamologist years before the complaints were lodged. Being in contact, for more than a decade (2008 to 2018), with the most active enemies of Tariq Ramadan, "Brigitte", "Maïmouna", "Régine" never spoke of rape and always advocated to bring him down.

The meeting between the Swiss plaintiff and Tariq Ramadan took place on 28 October 2008, during a conference. The rape allegedly took place as the plaintiff claimed in Ramadan’s hotel room while, she claims, she was helping him carry an ironing board. This most implausible story evolves by reproducing the same sceneries as those described by Paule-Emma Aline and then by Henda Ayari (after three different versions). The French file now reveals that Paule-Emma Aline attended the professor's conference and was never locked up in the hotel room, as she claims. The subsequent text messages she sent to him prove that "the scene of rape" was invented by the plaintiff. Like Henda Ayari (who did not remember the place, the date, or the chronology of events), the Swiss plaintiff seems to have repeated Paule-Emma Aline's version to give more credibility to her own story and to add more "concordant indications". Yet, the investigation revealed how far-fetched her version was.

The Swiss media, like its French counterpart, have never respected the secrecy of judicial inquiries. Many lies have been reported in the case. According to sources close to the Swiss file, the plaintiff will have to explain many text messages (emails and on social networks) that she sent to the intellectual as well as the various contacts (including some members of Tariq Ramadan's family) the days, the weeks and months following the alleged rape. These contradict her version of events.

Not to mention her many comments, some of which were very flattering of Tariq Ramadan, posted following the alleged rape. On Saturday, April 25, 2009 (6 months after the alleged rape), she would have gone to the ‘Salon du Livre’ (The Book Fair) in Geneva to have a book signing by Professor Tariq Ramadan as evidenced by a photo and a testimony, according to the same source.

Thus, six months after Henda Ayari’s complaint was lodged, Brigitte "Maïmouna" "Regine", who has been active on social media networks for more than ten years, decided to file a similar complaint to that of the French plaintiffs capitalising on an a predominant hostile atmosphere against Ramadan. The complaint filed, while Tariq Ramadan was in prison and Jean-Claude Elfassi continues to post on social networks, calling on women to come forward with complaints against the intellectual. We know that Mounia Rabbouj, the third French plaintiff, who also lodged her complaint very late, talks about a financial agreement with [Elfassi] that he did not honour. The Swiss plaintiff may also have acted out of financial reasons according to witnesses who should be heard in Geneva. Eric Morain, Paule-Emma Aline’s lawyer, also revealed that he went to Switzerland in order to meet potential plaintiffs: he had announced a dozen would come.

What could have motivated such an implausible and belated complaint while Tariq Ramadan was in prison and his enemies were hoping that the case would be internationalized to make it more credible? Described as "a serial predator" by the civil party, it was difficult to make believe that a "criminal-rapist" who travels the world has strangely committed these acts only in France. A case in Switzerland and another in the United States were likely to confirm the credibility of the accusations in France. Jonas Haddad, Henda Ayari's lawyer, acknowledged having had contacts with a US plaintiff to discuss how "to proceed" in order to file a complaint. Another case in Switzerland could prove helpful: both the French and Swiss media, without investigating, have been constantly talking about a complaint in the United States, whereas today we know from official sources that it does not exist and that there is no procedure against the professor in the United States. While the opponents have tried in vain, Ramadan’s case remains a purely French tale and eventually a very "Parisian" one.

In all of the rape cases reported by the #MeToo movement, the Tariq Ramadan case is the only one where the plaintiffs met or communicated many times before they filed the complaints. Despite "concordant indications of collusion", Tariq Ramadan is the only one to have been detained in a case that is turning into the largest French judicial fiasco in recent decades.