The disinformation campaign continues about Tariq Ramadan and the Geneva report

The Geneva report, commissioned by the Geneva Republic’s State Council, concluded that there was no objective reason to believe that the anonymous accusations made against Tariq Ramadan, are true. As has always been the case, some media outlets voluntarily choose to hide the facts and instead relay false information. 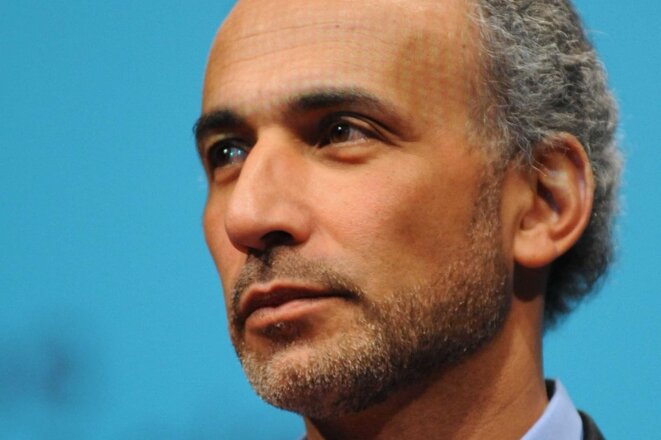 Tariq Ramadan
Within a context of media lynching campaign coupled with judicial harassment against Professor Tariq Ramadan, and following four anonymous accusations against Prof. Ramadan and published in a Swiss newspaper La Tribune in Geneva in November 2017, a report was commissioned by the Geneva Republic’s State Council.

Two independent experts, MM. Quynh Steiner Schmid and Michel Lachat, thus collected testimonies on the alleged accusations that would have supposedly taken place during "the 90s". At the time, Tariq Ramadan was dean and teacher of French literature and philosophy at the de Saussure high school.

The report’s conclusions are very clear: there is nothing to prove the accusations made against both Professor Tariq Ramadan and Martine Brunschwig Graf, current President of the Federal Commission against Racism. At the time, she headed the Department of Public Teaching and was accused of remaining inactive after several alleged reports came out on Tariq Ramadan.

Even as the report puts an end to the rumors and considers there is no objective element against Tariq Ramadan and Martine Brunschwig Graf, some media outlets, have, nonetheless, distorted its content to produce and spread "fake news".

What the report says

Judges call for the utmost caution: while they seriously take the testimonies into consideration, nevertheless, they used conditional formats in reporting these testimonies. Then, the judges reach a very clear and unequivocal conclusion: "There is no element of any order whatsoever to retain against him (Tariq Ramadan) the slightest suspicion of attacks on the sexual integrity of students has been found".

In conclusion of their report, the judges added that "the alleged rumors about a behavior of sexual abuse on the part of Tariq Ramadan against students; in particular those rumors provided by the former teacher of the School of Commerce and relayed by the press in November 2017, are baseless as they are peddled in a confused way both over the concerned period and the content."

This report, a 50-page file, is not an actual inquiry. It consists of testimonies, some anonymous, others not. It reports with caution and uses conditional formats, facts dating back nearly 30 years ago. These testimonies of former colleagues (none of whom say they have been aware of anything) and former students (four anonymous students accusing the Professor, plus another student who says she has "never observed any misbehavior on the part of Tariq Ramadan") were collected to answer two questions: what did we known about the behavior of which Tariq Ramadan is accused today; and were there any dysfunctions in the Department of Public Teaching? To the first question, the report answers that, beyond rumors, no note or objective fact can question Professor Tariq Ramadan’s behavior. On the second question, the report notes that Mrs Martine Brunshwig Graf admitted to have lied to the press when she stated that she remembered that a teacher had called her to inform her of the facts. Before the judges, she changed her mind and said that this call never actually took place, and that she was not aware of the accusations and that she had only heard rumors. (Radio Lac, November 22, 2018).

In his article in Le Point magazine (November 26, 2018), Ian Hamel lies and says the exact opposite of what is mentioned in the report. He pretends that Mrs. Martine Brunschwig Graf would have finally admitted to having been aware of the accusations. To the second question, the report therefore logically concludes that, in light of the facts, there was no dysfunction within the Department of Public Teaching.

While this conclusion is clear, some media have manipulated the information, including relaying the content of Hamel’s article. Hamel is a retired journalist who is often criticized for not respecting the code of ethics, in particular over handling Tariq Ramadan’s affair. There are countless lies and fake news that Hamel has circulated about Ramadan, who is already suing him.

Numerous newspapers used headlines such as: "The report that defeats Tariq Ramadan". While they all pretend to have access to the report, it turns out that few really seem to have read or even consulted it. They simply quote sentences taken out of context (always against [Tariq Ramadan] of course), and omit to state the most important part, namely the conclusion that exonerates not only Tariq Ramadan, but also the Geneva’s Department of Public Teaching.

Le Point was the first French magazine to try to deceive its readers on the said report under the pen of Ian Hamel. Almost all the other media (Nouvel Obs, Libération, Europe1, Figaro, Le Parisien, etc.) have simply relayed these lies without undertaking any basic verification. As if they are on a mission to continue the media lynching campaign that aims to demonize and destroy Tariq Ramadan's reputation. They echo the disinformation campaign conducted for a year by journalist Sophie Rosselli, from the Tribune de Genève, who has the audacity to assert that the accusations against Tariq Ramadan "are confirmed by the two experts" and that "it is a spine chilling report" (November 28, 2018).

"They keep on attempting to demonize Tariq Ramadan, to try to destroy him. And the more the complaints for rape collapse, the more some seek to take down the Professor in other ways", says a source close to the file.

In conclusion, and at a time when accusations of rape are collapsing in France, we are entitled to wonder how and why all these media, in unison and at the same time, report false information and, why, according to the same tacit agreement, no media has investigated the three French plaintiffs whose lies are now proven. The Tariq Ramadan affair reveals a double betrayal of journalistic ethics: on the one hand, journalists, described as investigators, report lies which they do not verify and, on the other hand, hide truths that offend their ideological bias. These media and these journalists may well present themselves as "free and independent" journalists, however, what their articles serve us day by day, is a journalistic shipwreck that mirrors the "judicial disaster" we are witnessing in the Tariq Ramadan affair.