Away with the Manger? Why Secular France Permits Nativity Scenes on Public Property 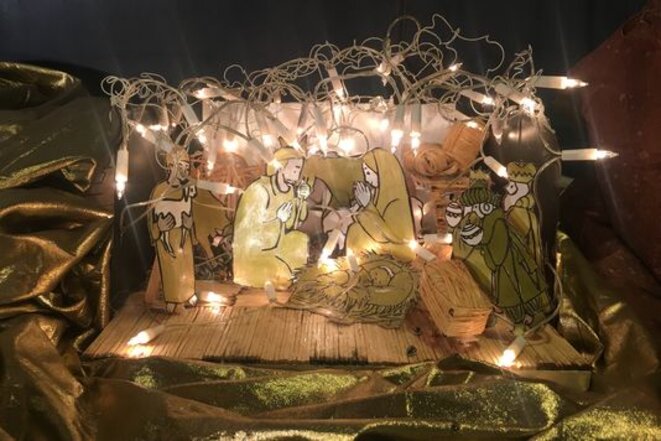 Once again this year, a few weeks before Christmas, one of the controversies that are a defining feature of French public debate is making its comeback: does French republican secularism allow nativity scenes to be put in public places and buildings? Two particular examples have been hotly debated: a nativity scene under a porch connecting a garden and a courtyard in the grounds of the town hall of Melun (on the Seine, south of Paris) and another in the entrance hall of the departmental council building in the Vendée (on the Atlantic coast).

Since the local administrative courts and courts of appeal issued contradictory rulings in these two cases, the Conseil d’État was called upon to decide whether or not the 1905 law on the separation of church and state permitted nativity scenes on local authority premises. On 9 November 2016, the Conseil d’État issued two identically worded decisions specifying the conditions under which public administrators and judges can permit such installations..

Besides demonstrating the elegance of his reasoning, the administrative judge of France’s supreme constitutional court says that displaying a nativity scene in a public building is prohibited unless it clearly has “a cultural, artistic or festive purpose*” or unless “specific circumstances”, like tradition, ensure that even without these qualities it does not undermine the principle of the religious neutrality of public authorities. Inversely, in outdoor areas such as public gardens or squares, a nativity scene can lawfully be displayed, unless it constitutes “an act of proselytism or the expression of religious opinion.”

A Liberal Interpretation of French Secularism

In the first case scenario the ruling is “No, unless...”; in the second it is “Yes, unless...”. There is therefore never any total prohibition or permission. Ultimately, specific circumstances and the question of intention prevail over purely legal considerations.

What makes the argument of the Conseil d’État so interesting is its fundamental observation that the nativity scene has developed a variety of symbolic meanings beyond its undeniably Christian origin, and is now part of the general cultural trappings of Christmas. Since 1905, state secularism has considerably diminished the religious meaning of the nativity scene, even though it remains unquestionable. It is this historical and sociological analysis which forms the basis of the solutions proposed.

At a fundamental level, the reasoning of the Conseil d’État falls perfectly in line with what is commonly referred to as “the liberal conception of laïcité”, an approach to secularism that has broadly been upheld by the Conseil d’État for over a century.

National and local elected officials, whether they are in favour of nativity scenes for historical reasons or they prefer strict secularism, now know that legal guidelines are available, albeit complex and ambiguous ones. They also know that, at a time when other religions raise more public concern than Christian or Jewish observances, the judge must make a clear distinction between what he can do and what falls under the remit of parliamentary legislation. The values of the Republic are essentially based on the will of the French people to live alongside one another, that is to say, in accordance with a political contract.

* The translations of the Conseil d'Etat's ruling are those provided in their official press release. (ed.)

The Climate (of) Crisis in the French Media

À propos du blog
A translation project by students in the MéLexTra master's degree in translation at the University of Lille. The blog provides a press review consisting of English translations of a broad range of French… articles on a different news topic every year. This year's project concerns responses to the climate crisis and related stories in francophone culture. (Image: Le Monde, "Understand global warming in 4 minutes", 28/04/2015, https://www.youtube.com/watch?v=T4LVXCCmIKA).