The London palace and the scam to the Vatican

In 2013 the Vatican signed an agreement with the Luxembourg investment fund Athena. A building estimated 160 million euros and located at no. 60 of Sloane Avenue in Chelsea, London, has been sold by a multinational real-estate company charged of the management, to a company incorporated in the Jersey Island. When the investment fund got liquidated the money never came back to the Vatican. 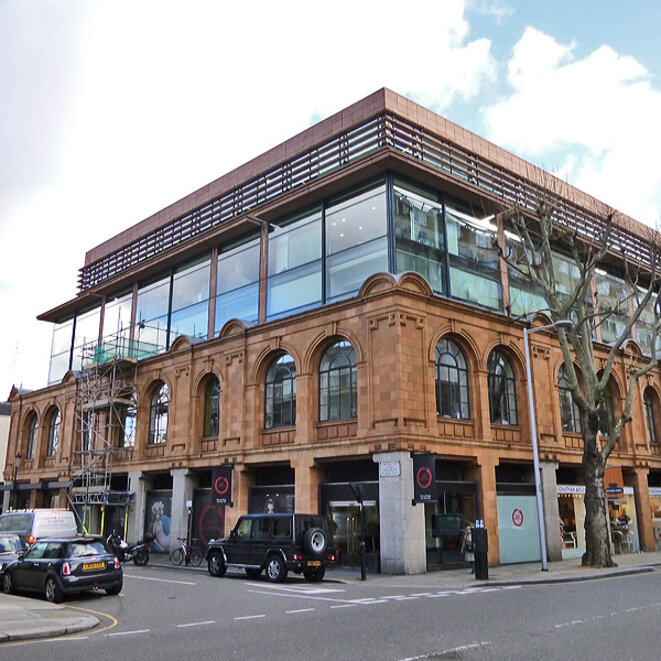 A real-estate scam against the Vatican. A building located in central London, transferred by the Holy See to an investment fund, whose economic value had never been paid. This is the latest scandal that's investing the Vatican, and in particular the Secretariat of State, which in 2013 has signed an agreement with the Luxembourg investment fund Athena, of the Italian financier Raffaele Mincione.

Estimated 160 million euros before being transferred to the fund in question, the building which is located at no. 60 of Sloane Avenue in the heart of the London district of Chelsea, has been sold by a multinational real-estate company, charged of the management, to a company incorporated in the Jersey Island. However, when the investment fund got liquidated the correspondent amount in cash has never been returned to the Vatican. In addition, the property in question has now a new owner, so proving the property transfer.

Among the rumors about responsibilities for the failure to claim the property, rumors bouncing between the head of the department, Cardinal Pietro Parolin, and his substitutes Archbishops Angelo Giovanni Becciu and Edgar Pena Parra, the question has been completely downsized, simply reduced to a bad advice offered to Pope Francis.

As reported by Corriere della Sera positions of the three cardinals, all of them suspended as well as the secretary of Mons. Becciu, Monsignor Mauro Carlino, remand to their relations with the Athena fund, to which both Monsignor Carlino and Monsignor Pietro Perlasca, at the time of the facts controller of the safe of the Secretariat of State, were addressed on the advice of Swiss banks such as Credit Suisse and UBS.

The case exploded after the Vatican bank Instituto per le Opere Religiose, refused to grant a credit line to Monsignor Pena Parra, appointed by Pope Francesco Substitute of the Secretariat of State. The amount requested, about 150 million, should have been used according to sources to claim full ownership of the building, initially sold at 50% to the Luxembourg fund.

At the center of the investigation the conduct of Monsignor Pena Parra, even if being investigated is only his secretary Mons. Paolo Borgia Councillor for General Affairs.

According to an interview obtained by Corriere della Sera on Sunday 13th, Mincione's plan for the Sloane Avenue building was to change its destination from office to residential, and then to sell it for 600-700 million pounds. Benefit get by Mincione should have been, according to him, 2% per annum, about 16 million euros. For Mincione the loss of income on the investment is due to the long time needed to obtain the building license, December 2016, as well as the drop in rents resulting from Brexit and the consequent collapse of the pound.

In 2018 Monsignor Becciu was replaced by Monsignor Pena Parra, and the Vatican official Fabrizio Tirabassi noticed the lack of funds. Mincione explains that according to forecasts, after the building renovation, renting flats as residential should have returned 4%, that is 14 million pounds (15,981 million euros). After discovering the hole, the Vatican decided to acquire 100% of the building, taking over the 55% share of Mincione. According to Mincione, the value obtained from the sale of his share would have been 44 million euros.

The financier explained that on that building there is also a 130 million pounds loan, and that the whole building would cost a total of 320 million euros (287 pounds). According to Mincione the palace should worth around 390 million euros, and that the Vatican’s final income should be 70 million in 4 years. But this is just his theory.

In August Pope Francis arranged some changing between the Secretariat members, appointing Monsignor Pena Parra as Substitute for General Affairs in place of Monsignor Pietro Perlasca, the latter chosen by Cardinal Tarcisio Bertone (the owner of the  700-square-meter attic on the third floor of Palazzo S.Carlo whose renovation works cost 300,000 euros which have been paid twice by the Fondazione Bambin Gesù and the Governorato) but sent by the Pope to cover the role of Promoter of Justice.

The other member of the Secretariat of State replaced by Pope Francis has been Mons. Carlo Maria Polvani, who since 2007 headed the Information and Documentation Office (IUD), the office through which news are passed on to all the Holy See media outlets.

The grandson of Carlo Maria Viganò, the former apostolic nuncio in the United States and great accuser of the Pope, Polvani was called in 2012 to testify in the Vatileaks scandal trial, and later removed from the Secretariat and transferred to the Pontifical Council for Culture.

Also Mons. Sergio Aumento, head of the Legal Office from the Secretariat, had also been removed and sent back to his diocese in Asti. 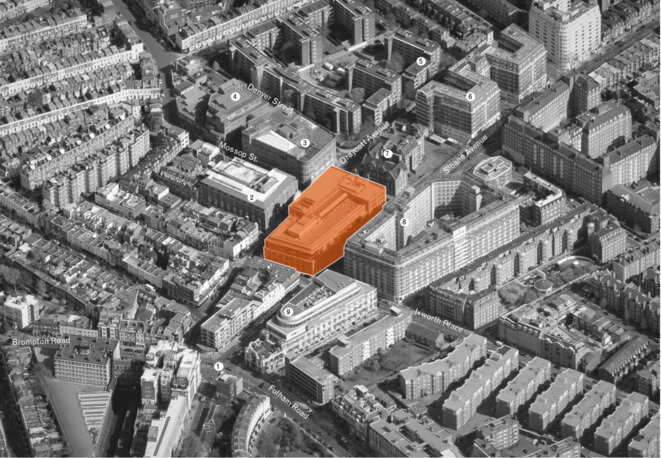 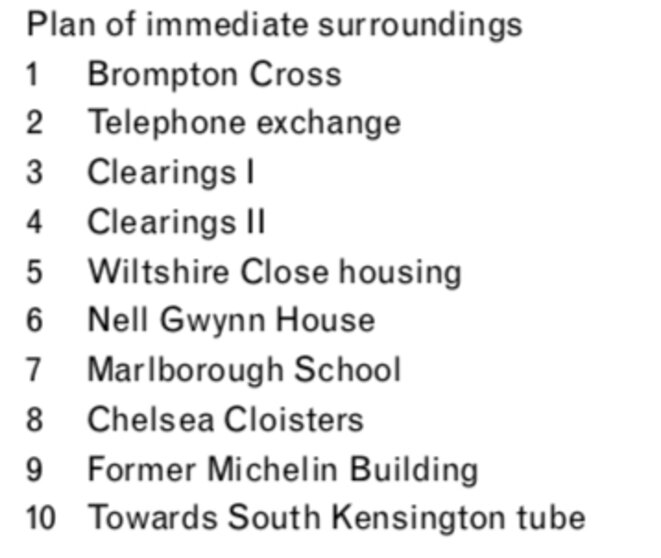 The London palace and the Jersey Company

According to a survey through the HM Land Registry, the ownership volture of the building located in the London district of Chelsea, managed on behalf of the Vatican by the multinational real estate company Deka Immobilien Investment GmbH, in favor of the 60 SA Limited, a company incorporated in the island of Jersey, was registered on 31.12.2012.

The address of the acquiring company is on the 3rd floor of the Standard Bank House at 47-49 La Motte Street St Helier, Jersey. 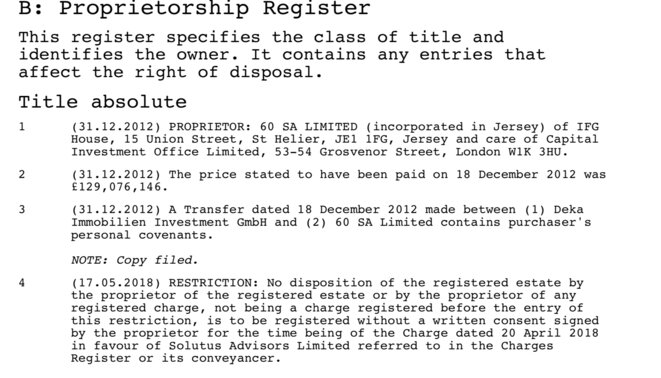 The management of the property has taken place through an intermediary that is Capital Investment Office Limited company of London (53-54 Grosvenor Street).

The Capital Investment Office Ltd has been incorporated in July 2009 and has been cancelled from the Company House register in March 2015.

Besides being a 50% shareholder until its dissolution, from December 2009 until March 2011  Raffaele Mincione was also director. 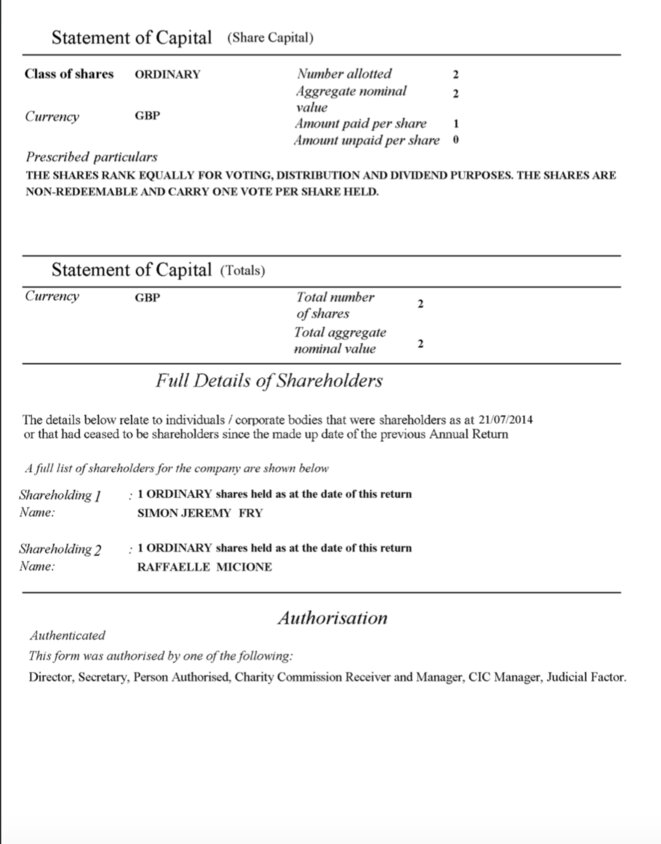 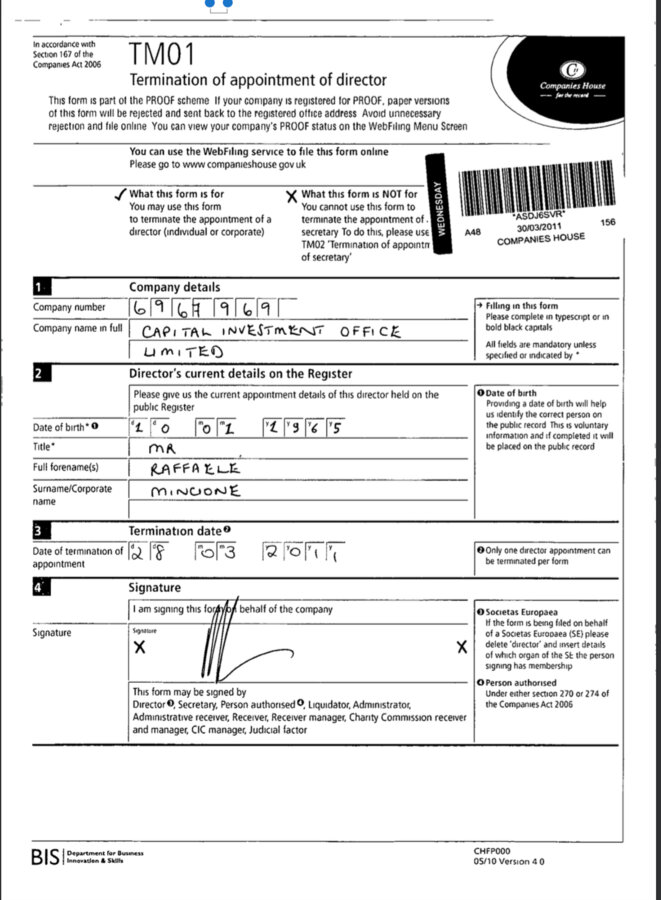 On that date he has been replaced in the same position by Massimo Catizone, in office until August 2013. Catizone also temporary detained the other 50% of the share capital, replaced until dissolution by Simon Jeremy Fry.

The seller, Deka Immobilien Investment GmbH, is a multinational real estate company based in Frankfurt, Germany.

As reported by the website polyteck.co.uk, this last was the Facility Management company in charged of maintenance of the Sloane Avenue building which has signed an annual contract of £200,000 worth.

From Pomezia to London via Luxembourg

In March 2018 according to L’Espresso the Italian financier Raffaele Mincione is described as a relentless rider, with many powerful friends.

Having moved to London in the 90s’ from Pomezia, a few km from Rome, the man began to get passionate about the world of international investment, between Russia, Malta and Jersey, showing a certain interest for Luxembourg funds.

In Italy he targeted banks, especially those ones close to bankruptcy and telecommunications with Retelit.

The financier first entered Carige bank, which was not going very well. On February 2018, he declared to own 5.4% of the bank's capital. Immediately after he asks to join the board, but others shareholders, Vittorio Malacalza with 20.6% and Gabriele Volpi with about 9%, reject his request.

Previously, in 2012, Mincione had taken over 1% of Monte dei Paschi when the historic financial institution was close to the verge of bankruptcy. He immediately understood that the situation was complicated and decided to sell his share. Shortly before, in 2011, it had taken over several shares of Banca Popolare di Milano, 8.7% of the capital.

In that case, his entry coincided with the controversial management of Massimo Ponzellini, later on sentenced to one year and six months for corruption.

When in 2016 BPM merges with Banco Popolare di Verona, the value of Mincione's shares has been diluted to 2%.

We just said that in addition to banks, Mincione also dealt with foreign investments, in particular Luxembourg funds.

And in that country, as well as in Russia, the Pometino financier made a series of real-estate investments. In the latter case, the liquid assets, we speak of tens of millions of euros, come from investments made in England and Russia. Those funds have been triangled through offshore companies based in the Caribbean and Cyprus.

Mincione holds a number of positions within companies managing investment funds based in Cyprus. Since 2012, the small Mediterranean island has become a kind of attraction for investors of various origins, due to the low level of taxation. For instance Cypriot bank accounts have attracted many non-European investors, mostly Russians, also because of its political stability, considering that in 2004 the island joined the European Union.

Recently several millionaire accounts in some Cypriot banks have been frozen, as a result of the economic sanctions imposed by the United States on a number of Russian businessmen. This must have frightened Russian investors, as their deposits have since fallen from €21.5 billion in 2012 to €7.1 billion in 2018.

The importance of the investment funds linked to Mincione refers to events relating to the Banca Popolare di Vicenza. They were, in particular the Eurasia funds, based in Malta, and those Athena, domiciled in the Luxembourg, those which absorbed the 100 million euros that the former president of Popolare di Vicenza Gianni Zonin would make disappear from the coffers of the bank he presided over, when it was close to bankruptcy.

To these must be added a further 250 million euro, which flowed into the Maltese and Luxembourg funds Optimum, managed by the financier Alberto Matta.

According to documents of the investigation conducted by Consob and the ECB, part of this money was then used to buy shares of Popolare di Vicenza bank.

A buyback operation run through offshore companies, previously financed by the same bank.

According to the documents, funds Athena and Eurasia have come to own Popolare di Vicenza shares for an amount equal to 30 million euros.

When in April 2015 the scandal broke out, these funds still owned about half of them: 16 million euros. Popolare di Vicenza went bankrupt in 2017.

But where did the money go? According to the supervisory inquiry, the Luxembourg fund Athena Capital balanced 1 would subsequently buy bonds from Time & Life, a Luxembourg-based company.

Time & Life is a company incorporated in Luxembourg and traceable to Mincione; the amount received by this company and coming from Popolare di Vicenza was about 10 million euros.

From financial consultancy to real-estate management

On March 14, 2013, Raffaele Mincione and Massimo Catizone set up Capital Investment Advisors LTD, a company based in London at Ballard Lane's Global House, which provides tax advice; the capital of £60,000 is owned by Mincione for £48,000, an by Catizone for the remaining part.

In May 2016 the company changed its name into WRM Capinvest LTD.

In 2016 the company ran assets for 2,435,573 pounds, compared to about one million pounds the previous year.

Together with French citizens Xavier Soulard and David Giannetti, Mincione have also be appointed director of POP 18 Sarl, incorporated in Luxembourg in 2012.

Time and Life SA was set up in September 2012 by a trust called Capital Investment Trust, incorporated in the Channel Islands and represented by the manager IFT Trust Company. With a share capital of 200.000 euros, the company has its object in the acquisition and management of company shares.

Trust’s directors are once again Mincione, Soulard and Giannetti.

According to Radiocor, in March 2019, Mincione and the Conad Group set up a joint venture in the real-estate sector linked to large distribution. The name of the company is Newco Bdc Italia, and its capital is for 51% owned by Conad, and for the remaining share by Pop 18 Sarl, which in turn would be part of the Wrm Group. The board of directors is composed, in addition to the financier Mincione, of Franco Pugliese, the current number one of Conad, who also hold the position of chairman of the board.

The project, called Monblanc, intention is to purchase the Italian properties of the French group Auchan. Conad had a turnover in 2018 of 13.4 billion, with a growth of 3% compared to the previous year and have a market share of 13%, very close to that of Coop, which is 14%. (cm)