Drug trade organizations operate fairly openly and with freedom of movement and operations, with tactics that include roadblocks, the takeover of towns, and bottling up local military units and security forces. In many cases they operate with near total impunity in the face of compromised local security forces. 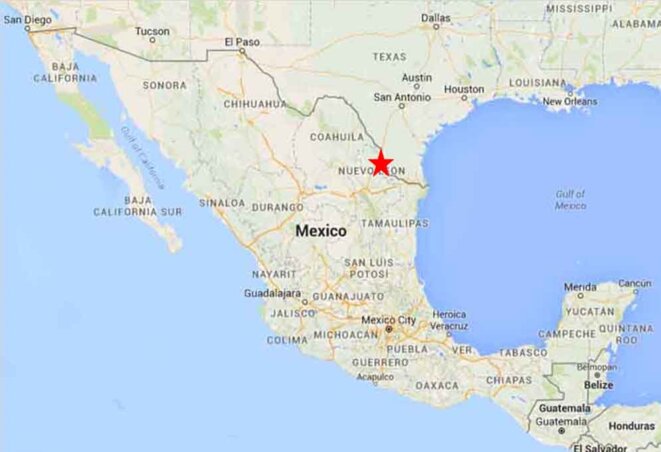 "Drug cartels, opportunistic capitalists, have leaped into the business of smuggling people. Illegal immigrants, known as pollos, or chickens, are in some ways better than cocaine bricks they can be forced to pay a ransom and be a drug mule". These lines from a NYT editorial the day after the massacre in Tamaulipas, Mexico, sound sad but realistic.

Tamaulipas is in the northeast of Mexico. In August 25th of 2010, 72 kidnapped migrants were killed in the ranch where they were imprisoned by Los Zetas.

The discovery of 58 men and 14 women bodies was made by marines, after a man reaching a checkpoint for medical help, due to a wound on his neck from a gunshot, revealed the atrocity.

He was the only survivor.

Three gunmen where shot during police operations, together with a marine. A fourth gunman was arrested. Other gunmen, whose number was never known, were able to escape from the ranch by cars.

The arrested man told the police he was a Los Zetas member. All migrants were from Honduras, El Salvador, Brazil and Ecuador. Survivor told the police they were all forced by gunmen to follow them as they crossed Mexico. Then they were all taken to this ranch in Texas, were they were killed by the gunmen after they refused to pay ransoms.

Impunity in the face of local security forces

Four months before the massacre the US Embassy in Mexico City writes in a cable to Washington DC, directed to DEA, FBI, DOJ, DOS: "GOM (Governament of Mexico) officials predicting a downturn in violence got it wrong in large part because they did not anticipate the uptick in violence in the north-east as the Zetas took on all comers to control the lucrative plazas there.

The violence has cut a swath across north-east Mexico, and included key towns in Tamaulipus, Coahuila, and Nuevo Leon, and even in neighboring Durango. DTO's (Drug Trade Organizations) have operated fairly openly and with freedom of movement and operations, with tactics that include roadblocks, the takeover of towns, and bottling up local military units and security forces.

In many cases they operated with near total impunity in the face of compromised local security forces. GOM responded with a considerable show of force including military and federal police. In one prominent case in Durango State, 10 young people were traveling from their small farming community to Los Naranjos to collect financial aid for students when a man in military dress stopped the truck. An unknown number of attackers then shot and killed the youths".

This is what the mexican investigative journalist Marcela Turati writes about doing her works in places like Tamaulipas: "The situation is different in various regions of Mexico.

In some areas, drug traffickers leave videos or messages, and they call up the journalists to report on them. In other zones, the warnings always come accompanied by violence, and journalists who publish information that annoys a certain group are abducted and tortured, and their skin marked, to show that they won’t get a second chance. In some areas, journalists are forced to attend press conferences with the local cartel chief, who dictates the editorial line: telling them what information to cover and what to ignore. Generally, they give them instructions to follow, they watch them, and they pay them a salary. The newsrooms are infiltrated, too. Whoever refuses has to change jobs or start a new life somewhere else. In places like Mexico City, they are visited by the so called ‘narco-lawyers’, who tell them which information irritated their clients.

In this turf war, the media is a target: they receive intimidating phone calls, bombs are hurled, they are fired upon with heavy arms. There have been cases in which employees (not always journalists) have been taken as hostages to force the publication of something favoring a certain group. Some newsrooms have been burnt down as reporters are inside, writing.

Some states have become zones of silence, and the silence has extended. We are losing contact with regions that are now forbidden territory for everyone, in which we no longer know something as basic as how many people are killed every day".

Some declassified cables by the US administration under the FOIA revealed US concern that high level corruption in mexican administration could prevent law enforcement to ensure the rule of law.

In one cable the US Embassy notes reports that three successive governors of Tamaulipas were under investigation by the Attorney General's office for suspected links to organized crime. The Embassy said the arrests reportedly stemmed from the capture of Zeta founder Miguel Angel Soto Parra. (cm)