Brazilian drug gangs and the cocaine supply in Europe

All through the years at an incredible speed Brazil has moved from being a cocaine mass cunsuption market to a supplying platform flooding the Europe top market with a high quality cocaine at a very low price, following a commercial strategy directed to conquer a large share of the cocaine suppling business. 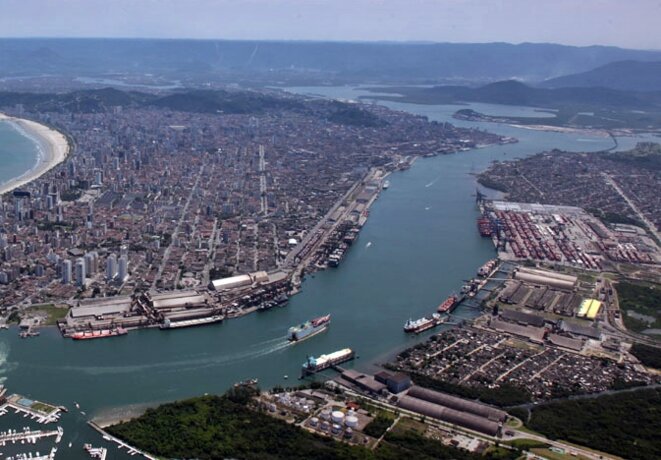 the Brazilian seaport of Santos

As Reuters reported last week, Brazilian drug gangs have apparently gain control over cocaine suppling direct to Europe. According to the UNODOC’s World Drug Report 2019 the three most important Brazilian drug gangs First Capital Command, Red Command and the Family of the North have first tested their business, exporting huge cocaine quantities in the US with the help of Mexican Cartels.

The increasing amount of drugs exported to both the US an the EU is partly due to the exceptional production from the three main cocaine producers: Colombia, Peru and Bolivia.

It has been quite a while since Brazil has become a Colombian cartels' large shipment Platform, but in the struggle to control the business Brazilian drug gangs have apparently won the title.

Last year the Brazilian customs police discovered, hidden inside the arm of a second hand backhoes machine, 158 kg of cocaine waiting to be shipped to Europe.

The backhoes were coming from Paraguay, where the cocaine has been probably refined, and were stationing in the seaport of Santos waiting to be redirect to the Belgian port of Antwerp.

In January 75 CCP members escaped from a Paraguayan prison, showing a remarkable ability to control over the prison staff.
But the power of the CCP is not limited to the control of the city of San Paolo or to that of the perimeters of some prison complexes. According to reports by Brazilian law enforcement agencies, the CCP has extended its controls over the port of Santos.

Direct control of seaports together with the use of container shipping seems to be the winning strategy for Brazilian drug gangs..

All through the years Brazil has moved from being a cocaine massive cunsuption market to a supplying platform, flooding Europe with a high quality cocaine at a very low price, following a commercial strategy directed to conquer a large share of the cocaine suppling business.

According to Reuter’s analysts and based on the amount of cocaine seized over the last years, estimated value of the European cocaine market is around 9 billion euros.

Another features of this changing is the role of the Amazon forest, chosen as the hidden area to breed cocaine plantations. Since recent years portions of territory destined to this use discovered by the law enforcements have dramatically increased. Brazilian law enforcement is sure that Brazilian drug gangs are using Paraguay as a logistic temporary station, and Amazon forest to breed and refine cocaine.

Which means that Brazilian drug gangs are trying to gain control on the whole productive process, from plantation to the placing of refined product.

A proven track of this scenario is the role of the Brazilian seaport of Santos, which became in recent years the most important in Latin America and the most used by Brazilian drug gangs, considering the cocaine's amount that’s been seized there.

As further confirmation, seizured cocaine data refferring to the main European port of entry, which is Antwerp in Belgium, could help. They show a growing trend in recent years comparing the total cocaine seizured amount in 2019 , 62 tons out of which 15,9 come from Brazil, with the 2015 amount which was just 293 kg.

Secondary, two other European ports of entry for Brazilian shipment are Algeciras and Valencia, in Spain. In 2016 the amount of seized cocaine entered through these ports has been 4,3 tonnes, all of which from ships coming from Brazilian ports.

Same thing for cocaine seized in German ports, which in 2018 reached 2,1 tonnes, all coming from Brazil.

The Amazonian forest, largely under the control of the Family of the North, is also an important transit route for cocaine coming from Colombia or Peru, through the Amazon River. This is the channel from which most of the cocaine destined to feed the European market enter into Brazil.

The drug land by boat in the city of Manaus, and from there it continues by river bound to be shipped from the ports of Suape and Natal.

Inside the growth of the CCP's criminal leadership the close alliances with other criminal organizations from different countries has played a key role. In July 2019 the Brazilian police arrested the Italian boss of the 'ndrangheta Nicola Assisi, together with his son Patrick, not far from the Brazilian port of Santos.

According to the Brazilian police, he is one of the main brokers of cocaine for the European market. He is currently being held in a federal prison in Brazilia, awaiting extradition to Italy. (cm)