Extinction Rebellion: a letter to my students

Dear students, since a few hours now, Extinction Rebellion protesters have taken to the streets of London. You would be forgiven if you had other things on your mind: in a few minutes, we will hold our beginning of term meeting. Welcome! 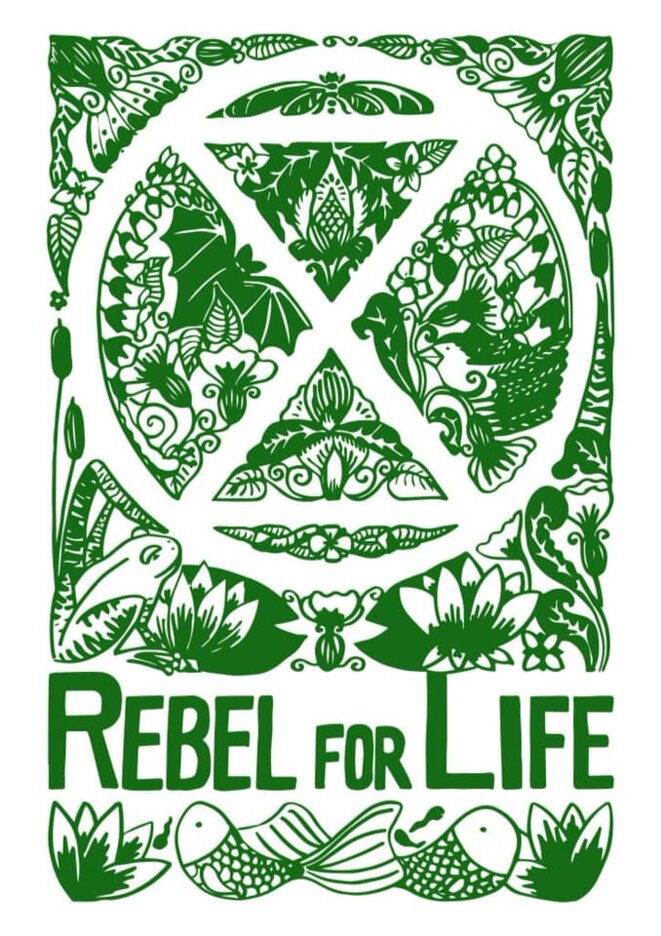 Since a few hours now, Extinction Rebellion protesters have taken to the streets of London. You would be forgiven if you had other things on your mind: in a few minutes, we will hold our beginning of term meeting. Welcome! I know the state of excitement and perhaps apprehension you are in: it’s both exhilarating and daunting to have obtained a place at Cambridge. You have a lot on your plate: for one thing, you must get used to the crazy Cambridge calendar with weeks beginning on Thursdays and being numbered, during terms, from 1 to 8. This, for us, is week zero.

I will do all I can to help you ease into Cambridge and enjoy all it has to offer, beginning, obviously, with intellectual stimulation. In a few days, we will begin our supervisions on French literature with a seventeenth century tragedy: Pierre Corneille’s Horace. In this tragedy, two sister cities are fighting a bloody war, pitting friends against friends and husbands against wives. At a crucial moment in the play, the two armies seem about to rebel against their kings and refuse to see friends murder each other. Thus occurs an exchange between two of the main characters, Sabine and Camille. The former is convinced that the people’s refusal to fight is a sign of the gods, an omen that senseless violence will end. The latter sneers at her optimism and asserts that gods do not express themselves through the voice of lowly folks but only through that of kings.

Their discussion relates to a political debate that can be traced back to the Middle Ages and, further back, to the Roman empire: where does political legitimacy rest? With the people or the elite? In the Middle ages, “vox populi, vox dei” was a political axiom: the voice of the people is the voice of the gods. But as European nation states began warring for the control of land and the resources contained therein, they began levying ever higher taxes to fund armies into which people were conscripted without a choice of their own. Throughout Europe, they met with enormous resistance and wide-scale rebellions. States therefore had to crackdown on their own population to muster the strength to fight each other, and they progressively revised political theory to delegitimize popular voices: only those at the top of the social ladder had a right to intervene in political affairs. Politics was the preserve on an elite.

This discourse is still very much with us, the implementation of formal democratic systems notwithstanding. Yet throughout history, at crucial junctures when the failure of states to act in the people’s best interests becomes particularly severe, popular movements resurface and reclaim the right of humans to determine the course of their own affairs. If you choose papers FR5 next year, or FR10 the following one, I will have the opportunity to introduce you to one of the most famous such uprisings: the French revolution. For now, I will only tell you an anecdote that I find relevant to our current situation.

In 1789, French peasants rebelled against their feudal lords in Normandy because they were concerned with the destruction of their environment. Their lord had run into depths and, to make fresh cash, he cut the trees from his domain and sold them: there was, at the time, a huge demand for wood to build ships. Among these ships, many were bound to the slave trade, and many more to the navy. The two endeavors were linked: the navy was fighting for the control of overseas lands were Africans were deported and enslaved, and secured commercial routes to convey the fruit of slave labour. Obviously none suffered more from these abominations than the slaves themselves. Yet nature, too, was impacted. In France, the cutting of trees increased erosion and ruined the soils. In San Domingo or Cuba, the exclusive cultivation of sugar destroyed biodiversity and, again, impoverished the soils. These ills were irrelevant to the Norman feudal Lord as well as to French statemen who had become dependent on capitalists whose wealth was invested in the colonies, but they were keenly felt by those close to the land. Struck by the irresponsibility and immorality of rulers, slaves and peasants throughout the world fought to regain freedom and control over the land.

The same struggles have recurred throughout the twentieth and twenty-first centuries. Native populations in the Andes have warned for decades of melting ice and the destabilization of natural equilibrium, and many similar warnings have been issued throughout the global south. None were heeded by national and international powers. Today as yesterday, it is striking how a so-called global view of the economy can breed ignorance, contempt and destructive behaviour, whereas crucial insights are only provided by those who are - literally - down to earth. That is why, once more, many are taking action against irresponsible powers. This very morning, some of them are blocking the streets of London to call for immediate action to halt the terrifying destruction of our natural world.

Meanwhile, we will be comfortably sitting in my office. Does this feel absurd? I don’t think so. For four years, you will be reading and writing, engaging with some of the most beautiful creations of humankind. To my mind, even in such decisive times as the ones we live through, such study is by no means superficial or derivative. It reminds me of all that is worth preserving and, by displaying the immense creative potential of humans, gives me hope that we may indeed succeed in doing so – with the help of the brave women, men and children who have, this morning, taken to the streets of London. Before moving on to our business, I wish to salute them and applaud them for their brave and vital action.